Free to read: Cosco VLCCs wait for US waivers to discharge cargoes | Tanker rates retreat as eastbound routes cool | Ships will be fined for non-compliance with IMO 2020 | Brexit deal proposes ‘border in the Irish Sea’ arrangement 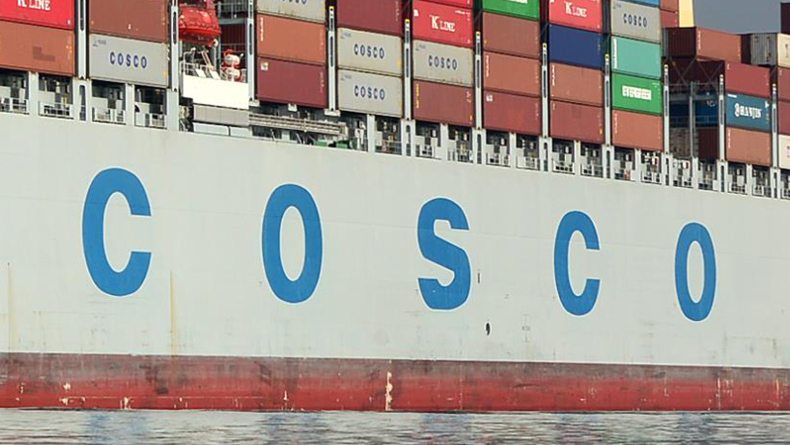 
Seven very large crude carriers owned by the sanctioned tanker unit of state conglomerate China Cosco Shipping Corporation will need waivers from the US to discharge their cargos, according to vessel tracking data.

Dirty tanker earnings retreated for a fifth consecutive day and are now around a third of the levels achieved on last week’s 15-year peak, although owners and brokers remain confident that the long-awaited recovery in rates will hold.

Ships, or rather those responsible for them, will be fined if found to be non-compliant after the implementation of the International Maritime Organization’s low-sulphur rules on January 1, attendees at a fuels symposium were told.

Shipping companies could face a so-called ‘border in the Irish Sea’ arrangement under the Brexit agreement reached between the UH and European Union negotiators, with the additional prospect of many EU maritime regulations continuing to apply in respect of Northern Ireland.


Container industry players will need to react much more quickly to market changes amid a dynamic market environment and gaining good market intelligence is key to that, a panel at the Lloyd’s List Asia Trade Outlook Forum in Singapore has heard.

The shipping industry is becoming more adept at using data to mitigate its exposure to an increasingly volatile macro environment. However, market players also realise that random events can have dramatic effects on the supply-demand balance in an industry that is highly connected with global trade.

New Wah Kwong chairman Hing Chao took an interestingly inland bound path before eventually finding his way back into the family-owned traditional ship owning business. He tells Lloyd’s List how his experiences have shaped his vision for the company for the future.

Trade body Interferry’s annual conference was awash with ideas about innovation that may become useful in all areas of shipping and illustrates just how foresighted this sector of the industry is, writes Michael Grey.


Mediterranean Shipping Co has followed moves by CMA CGM and Hapag-Lloyd in announcing it will not use the northern sea route between Asia and Europe for container services.

Liquefied natural gas carrier owners and analysts at a conference in Greece have sounded a bullish note about the immediate future of the LNG shipping market.

UK business could face export delays if the country leaves the European Union on World Trade Organisation terms due to obscure shipping regulations, according to a representative of a UK manufacturing lobby.

China Exim Bank is the world’s largest bank lender to shipping, according to the latest edition of an annual survey that also shows a sharp further plunge in bank lending to the industry.

The two San Pedro Bay ports have produced the lowest growth rate among their competitors in Canada and the US, reaching just 11% compared with the high of 101% at Georgia’s port of Savannah.