Lloyd’s List’s London Forum hears how the hype surrounding blockchain is ‘entirely justified’ with the potential to transform shipping, while the cost-savings are simply too big to ignore

Shipping may take longer to get to grips with blockchain than comparable sectors but the impact will be equally profound, says Norton Rose Fulbright consultant professor Peter McBurney 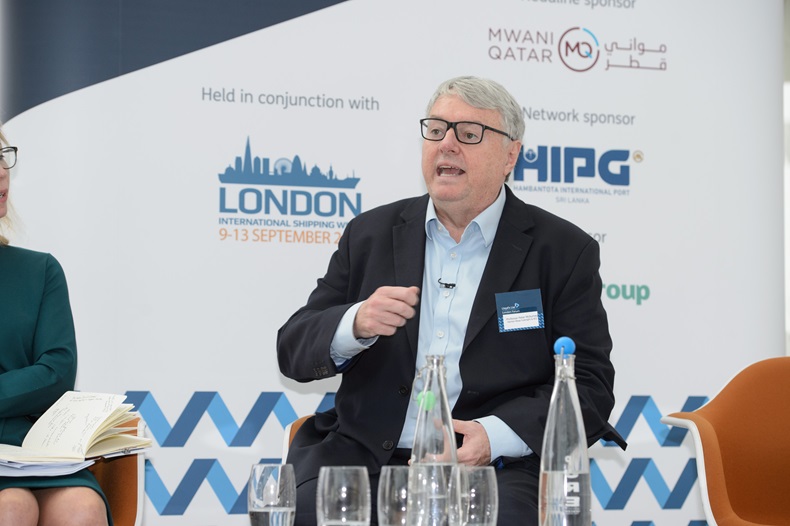 SHARED opinions of the benefits that blockchain will bring to shipping were on display at the Lloyd’s List’s Forum on the opening day of London International Shipping Week.

Peter McBurney, a professor of computer science and former department head of Informatics at King's College London, says that around 90% of the hype surrounding the data-based sharing technology blockchain is “entirely justified”.

Mr McBurney, who also acts as the head of technology consulting at London-based law firm Norton Rose Fulbright, drew parallels to the initial impact of the world wide web on businesses globally.

“If you lived and worked through that era, you will understand what an upheaval this was… and I expect this to happen again where industries will be transformed,” he said.

Shipping, he added, will be no different.

From the mid-1990s through to the mid-2000s, he recalled how businesses went through a decade of ‘business process re-engineering’, as IT systems were completely reconfigured to operate online.

“We are looking at another decade of BPR, as a result of blockchain,” said Mr McBurney.

Mr McBurney explained that in the 10 years since blockchain was introduced more industries have embraced the technology.

Banks were the first to take note followed closely by the insurance and trade finance sectors. Typically, shipping and logistics have been some of the late adopters.

Nevertheless, he said that its impact will be no less profound. Only it will take a little longer for shipping to reap the rewards of blockchain compared with the technology’s forerunners.

But it will not only be the major shipping players that will make use of blockchain applications, with Mr McBurney in little doubt that such technology will eventually become part and parcel of medium and smaller-sized entities too.

“We will learn as we go along,” he added.

Reed Smith partner Sally-Ann Underhill too is under no illusion that blockchain has the potential to revolutionise shipping, highlighting the “golden opportunity” the technology brings to the sector.

She noted how US retailing giant Walmart managed to more than halve the time it took to track a piece of fruit from the grower to the end user using blockchain compared with the traditional paper route from a week to a little more than two days.

This, she explained, is an example of how blockchain can help eliminate the touchpoints along the supply chain through its automated applications. In the future, she said this will also be fed into positions of “taxes and levies, and possibly sanctions”.

“This is going to make things a lot cheaper. In the containers industry it could save up to $300 per container by essentially reducing all the touchpoints for each shipment, as it will remove the many middlemen.”

For an industry that is currently paying so many costs, whether fuel or impending regulation, such as the sulphur cap or ballast water management, she stressed that this opportunity is simply too big to ignore.

“The question is how you determine what is going to be most important for you and whether you can afford to do it,” said Ms Underhill.

If like many in the container industry you are spending or wasting money because you have 200 middlemen who are passing on a piece of paper or information, then that is something everybody can address.”