SMW: It’s time to demand a little more depth from the digital revolution

Executive evangelists preaching the transformational power of technology are painting a picture in broad brush strokes at Singapore Maritime Week, but with little in the way of tangible details to satisfy the sceptics

Project details lack depth and evidence of scalability, but basic data is also often lacking and leading us to the wrong conclusions

Source: sdcoret/Shutterstock.com There are pet projects aplenty on offer at Singapore Maritime Week and no shortage of pundits talking up technology that will drive change.

DIGITALISATION in shipping is happening. It’s official. In case you were in any doubt, the opening session of Singapore Maritime Week put it to the vote. ‘Is digitalisation for real or just hype?’ was the question posed and 81.4% of the audience concurred that it was indeed a very real and prevalent part of the world today. The rest presumably were struggling with the digital voting technology in the room.

Digitalisation has inevitably led the agenda from that point on, but the executive evangelists preaching the transformational power of technology are painting a picture in broad brush strokes this week, with little in the way of tangible details to satisfy the sceptics.

For all the ambition and pilot projects, there is little in the way of specifics on show so far. Instead, Singapore is abuzz with an array of unrelated examples, none of which brings together a solution that changes how this industry works fundamentally or offers evidence of scale from any of the start-ups.

Listening to the panel sessions and coffee break debates, one thematic problem becomes clear — we are not talking about a singular, or even a linear transformation towards the gathering of big data, the analytics of that data, and decisions taken as a result of that process. Rather there are many unconnected and often conflicting technologies being transformed simultaneously.

The best solutions would make clear the consequences of each change throughout the supply chain. But things don’t often work like that.

Given the volume of blue sky thinking on show right now across the industry, the practical realities of what implementation looks like at the coal face of operations are still lacking in much of the dialogue we are engaging in at events like Singapore Maritime Week.

For all the talk of pace and accelerated digital change, history shows that when significant new technologies become available, the transition takes time and companies must adapt to managing innovation.

This is as much about a process of change management and behavioural economics as it is technology development and integration.

There has, however, been some substance added to the debate this week.

PSA International’s charismatic chief executive Tan Chong Meng pulled off a crowd pleaser with the launch of Calista, their new open trade facilitation platform. And his keynote address at the TOC Asia conference made a compelling case for the deliberately bold push into trade facilitation and digital infrastructure development — a move well beyond the bounds of a traditional port operators, but one that was necessary in his view.

Mr Tan said most solutions offered to tackle inefficiencies in the supply chain were “one-dimensional, whereas the industry needs a three-dimensional solution: physical, regulatory, and financial”. He noted that standardisation in the logistics chain has been the Holy Grail.

The initial product is of course limited in its scope, but with the promise of scaled operations to come, and Mr Tan pointed out that this was a long journey they were embarking on.

Outside of this showcase launch, the issues were perhaps less headline-worthy but integral to the debate nonetheless.

In general terms, our industry is well underway to generate far more data than is needed to make informed decisions and improvements, he argued. But the data is also often too fragmented, and its integration and processing leads to either unusable data or to reaching wrong conclusions.

This is where the challenge rests, and it’s a common complaint across the supply chain.

Shippers from Coca Cola to Caterpillar confirmed in panel debates that well over half of all data sets they collect are incorrect or incomplete in some way.

While the shipping lines may get a bad rap for their analogue approach to much of trade, it seems the logistics industry, specifically the business cargo owners, are equally behind in the digital roadmap.

So while Singapore is awash with attempts by multiple starts-up in the shipping space to address real issues in the industry, there is still little that feels genuinely transformational.

Look behind the headlines and many sound like they will eliminate a lot of paperwork, but does that fundamentally change the way that shipping works? It’s an improvement and efficiency gain, but it’s not the breakthrough that many are suggesting.

This is an industry that does not reward risk-taking and pioneering. Solid examples of first mover advantage are rare and the industry is littered with good ideas and revolutions that never quite gained sufficient traction.

And yet for all that, Singapore still feels like it is in the grip of a paradigm shift this week. If the problems are being examined publicly, that is a promising sign that progress is being made and plans are starting to take a tangible form.

If Singapore Maritime Week can provide a platform to question how this new wave digital technology can be applied practically and pragmatically, then perhaps we will have made some significant steps forward in sifting the hype from reality. 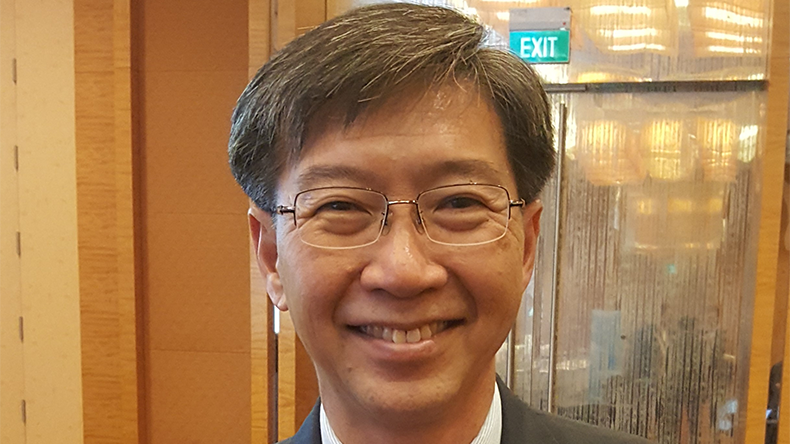 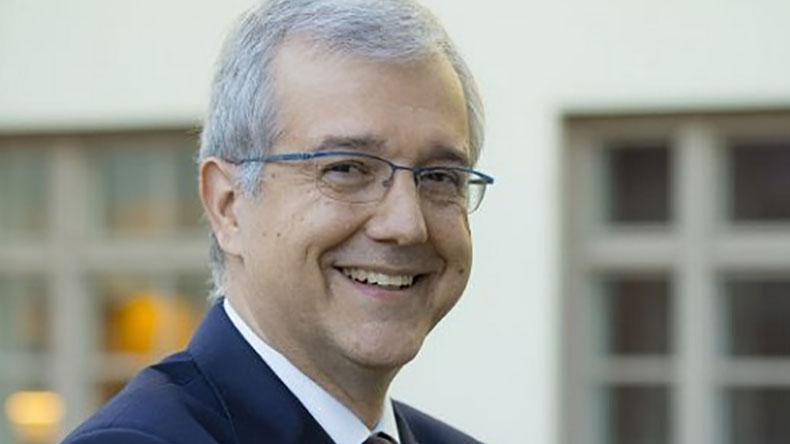 Wärtsilä develops platform to connect ships with ports and logistics 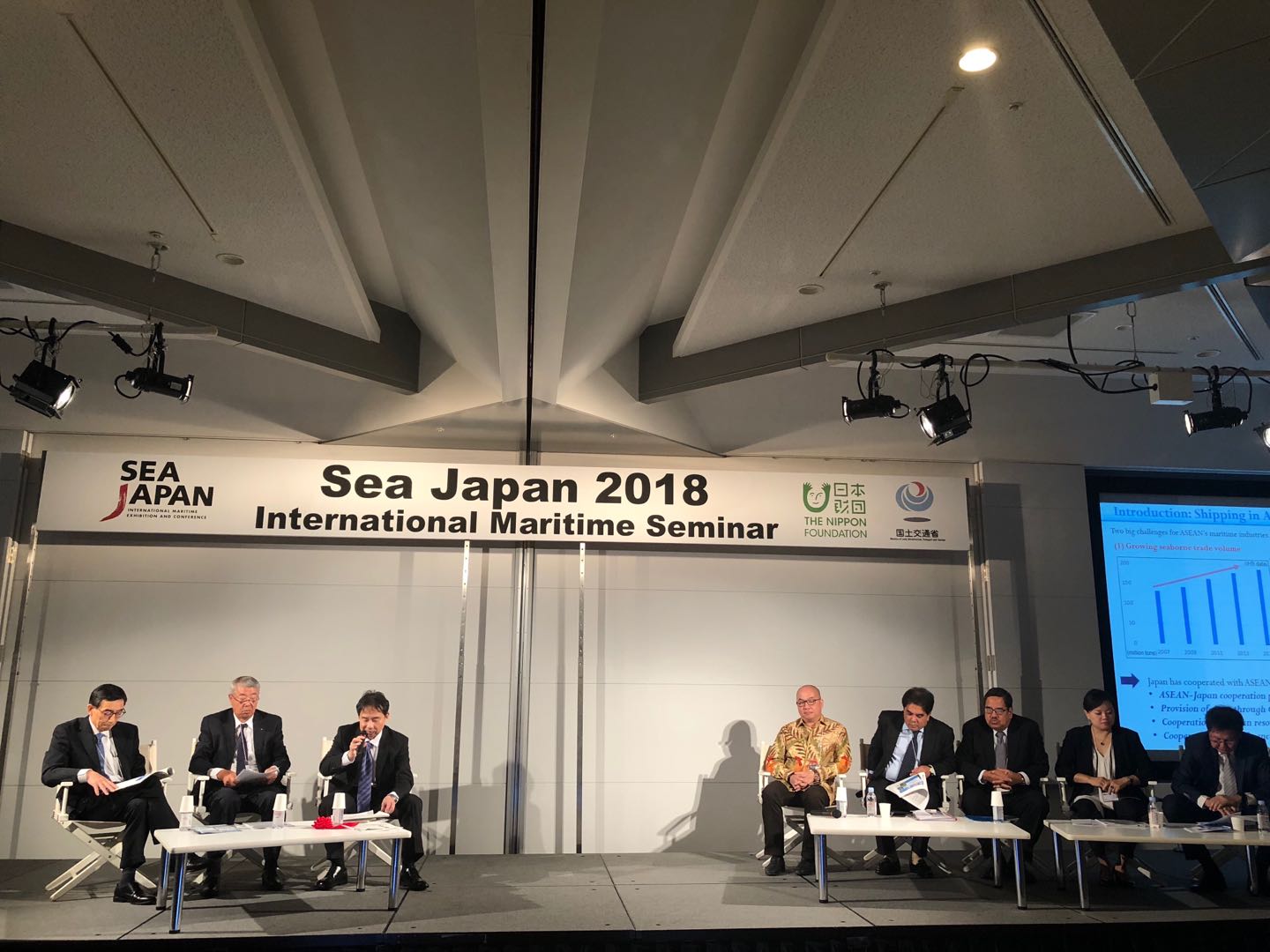 Disrupting the disrupters: Why systems solutions might not be solutions at all