Skuld stands alone among the 11 International Group affiliates that have so far revealed numbers in achieving an underwriting surplus last year, according to a tabulation of P&I club financial performances compiled by broker Gallagher

Run of disappointing results has been widely attributed to an upsurge in major claims of $1m or more, seemingly a random variation despite the secular trend towards improved shipping safety 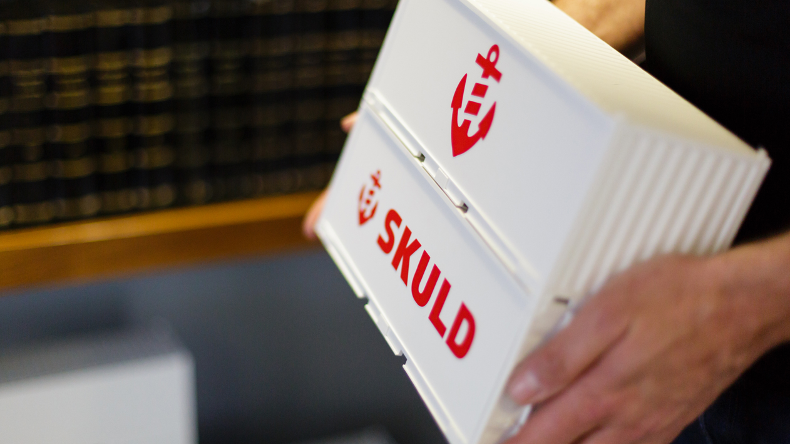 The Oslo-headquartered marine mutual Skuld attributes its good performance to service and discipline.

SKULD stands alone among the 11 International Group affiliates that have so far revealed numbers in achieving an underwriting surplus last year, according to a tabulation of P&I club financial performances compiled by broker Gallagher.

The Oslo-headquartered marine mutual was in the black to the tune of $8.1m, with underwriting deficits elsewhere ranging from $500,000 at the Standard Club to $45.8m at Steamship.

Underwriting deficits are not the same as the bottom line, which can be affected by other factors, especially investment returns. 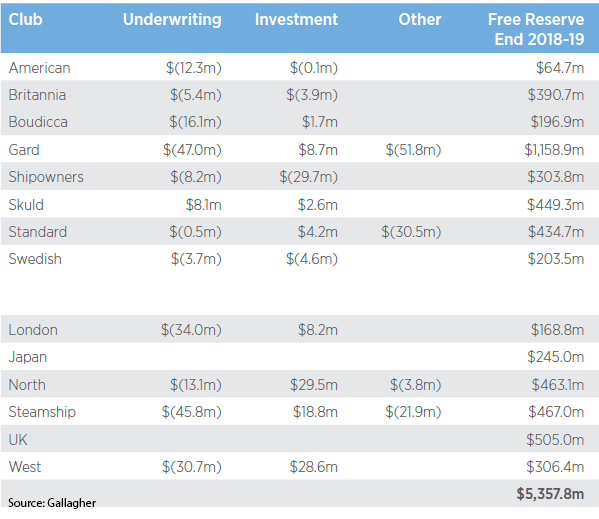 Of the other two clubs in the 13-member IG, the UK Club is known to have recorded a $32m overall deficit, with a combined ratio of 114% pointing to a substantial underwriting deficit, while no data were available for the Japan Club.

Skuld chief executive Ståle Hansen said in an email to Lloyd’s List: “Our success this year is largely down to service and discipline.

“We have also consolidated our P&I and commercial underwriting under the Skuld brand, as we continue to pursue diversification and sustainable growth.”

The string of disappointing results has been evident for some time, with results being published on a club-by-club basis.

The most common explanation for the development has been an upsurge in major claims of $1m or more, seemingly on account of one-off happenstance despite the secular trend towards improvement in shipping safety.

But as a number of big names in the niche have observed, the spike in big claims will inevitably ramp up pressure for higher premiums, after a five-year period in which few clubs have felt confident in declaring general increases for fear of losing business.

Gallagher’s analysis also points to collective IG free reserves of $5.4bn, which points to a substantial cash cushion for all clubs.

In addition, investment returns are likely to have improved in many cases, as the opening of 2019 saw investment markets perk up after year-end turbulence last December.

However, the broker comments: “The fundamentals of premium integrity — don’t forget that there is still another year of zero increases to go in this cycle — dictate that premiums need to rise, in absence of significant positive shifts in investment yields.

“The 2020 renewal proposals may then provide something of a mixed message. While general increases seem necessary, not all clubs may subscribe to this belief and a split market may emerge, with the more financially powerful among them sticking to a zero increase policy.”

Another scenario Gallagher contemplates is greater differentiation, perhaps seeing some clubs impose a general increase for 2020 while simultaneously returning further capital by way of an offset.

P&I clubs admit to being unprepared for autonomous vessels