The new 0.5% sulphur global limit may still be several months away, but Gard chief executive Thore Roppestad reveals that disputes have already arrived at the Norwegian club’s desk

Shipowners continue to have concerns over fuel quality and enforcement 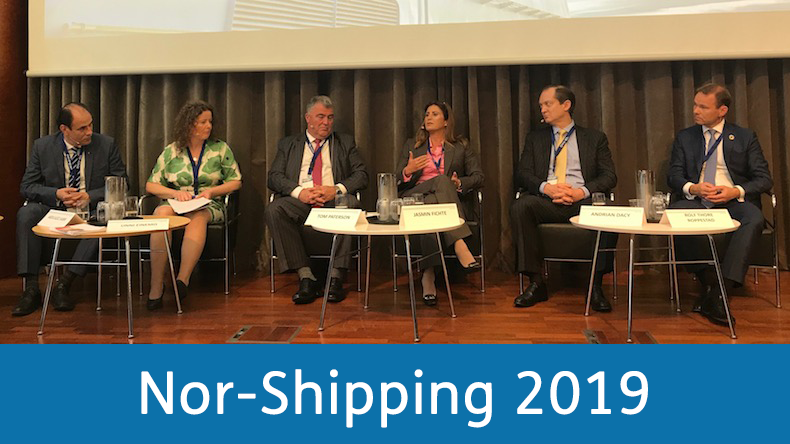 GARD says it has already received around 100 insurance claims stemming from problems related to the 2020 sulphur cap, as fuel quality and compliance issues continue to vex major shipowners.

The new 0.5% sulphur global limit may still be several months away, but chief executive Thore Roppestad revealed that disputes have already arrived at the Norwegian club’s desk, including disputes between owners, charterers, bunker suppliers and even shipyards, concerning installation of new equipment.

“We also have a couple of claims related to machinery damages due to the quality of fuel which is not compliant to the engines and we also have loss of hire incidents, which we will have more of due to scrubber malfunction and other issues,” he said during a DNV GL panel event in Oslo.

Such machinery damages can start off as small issues but can degenerate to groundings and major accidents.

Under pressure from the industry, regulators have sought to do more to safeguard the quality of the new compliant fuels globally and shed more light on their availability.

Bahri ship management president Abdulaziz Sabri emphasised that the quality of the new fuels was a key concern for the company, which is no stranger to damage that ships can suffer. Six Bahri ships suffered from contaminated fuels loaded in the US gulf last year.

Mr Sabri said Bahri was about to conduct its first test trial with compliant fuels and plans to do three trial runs before 2020.

With a fleet of 92 tankers, Bahri consumes 1.1m tonnes of bunker fuel annually, Mr Sabri said, around 76% of which are Saudi Aramco fuels.

“Bunkering costs for Bahri is the most expensive ticket item. So we are not underestimating the event. We are trying to be prepared and we are all doing all things to be prepared,” he said.

A special committee within Bahri focused on the implementation of the sulphur cap has been meeting every month since earlier this year, he added. The frequency of these meeting would increase to every two weeks in the third quarter of 2019 and to every week in the fourth.

IBIA director Unni Einemo, who has been a central figure in the IMO negotiations on the sulphur cap, warned that pursuing bunker fuels with below market prices would likely cause problems for their buyers.

“I am tempted to say if you pay peanuts you get monkeys... We see too much of bunkers buyers chasing the lowest possible price,” she said.

The 2020 regulations will hopefully cause a paradigm shift for the bunker market, said Ms Einemo, with focus put on the quality of the fuels.

But while Bahri and other major companies may be diligently preparing, others may still be sleeping at the wheel — or very consciously taunting regulators.

Fichte & Co managing partner Jasmin Fichte warned that certain companies were woefully unprepared and almost refusing to believe the new rules would be enforced beginning in 2020.

“If I were a shipowner, I would have sleepless nights. I find the industry very relaxed. Are they ready yet? No. Will they be ready? Yes, somehow. I mean they have always worked it out,” she said.

This intention to violate the 2020 cap, as contained and as declining as it may be, combined with the anticipated discrepancy in the approach of different port state control authorities continues to worry shipowners.

The International Energy Agency projected in March that in 2020 non-compliance will account 16% of the bunker fuel demand.

In the run-up to 2020, P&I clubs have repeatedly warned they will not be covering fines for violations of the 0.5% sulphur cap.

While Mr Roppestad reaffirmed that policy, he also acknowledged that accident emission slippages would be covered by insurance.

As concerns of the global availability of compliant fuels persist, the IMO developed a template for fuel oil non-availability reports vessels can submit to their flag states and ports to justify burning HFO in a specific voyage, and thus avoid penalisation for non-compliance.

The fear, for some at least, is that some companies will be quick exploit this tool and use fonars repeatedly to avoid the higher costs of the rules as much as possible as other follow the rules.

Mr Paterson said some companies will conveniently use fonars to their advantage.

Ms Einemo, however, denied that fonars were loopholes and predicted that multiple use would make a company look “dodgy”.

In an equal warning of caution, Ms Fichte warned that using a fonar twice would put a company on a port state control authority's blacklist.

The major disruption of the 2020 sulphur cap that would beset the industry as a result of this cap, is not seen as a problem by everyone — particularly in the context of a longer-term future.

JP Morgan transportation group chief executive Andrew Darcy argued this would be a transformative phase for an industry that has not faced regulatory impact of this scale on operations with such far reaching consequences.

Over the next couple of year, the cap will consolidate best practices, he argued, but also admitted that smaller owners may be forced out of the market and banks and insurers will avoid doing business with subpar companies.

“This will all, I think, lead to a better, more organised, more well behaved industry, which hopefully should be good for all of us,” he said.