My View
Tags:
Middle East and Africa Tankers and Gas Piracy and Security 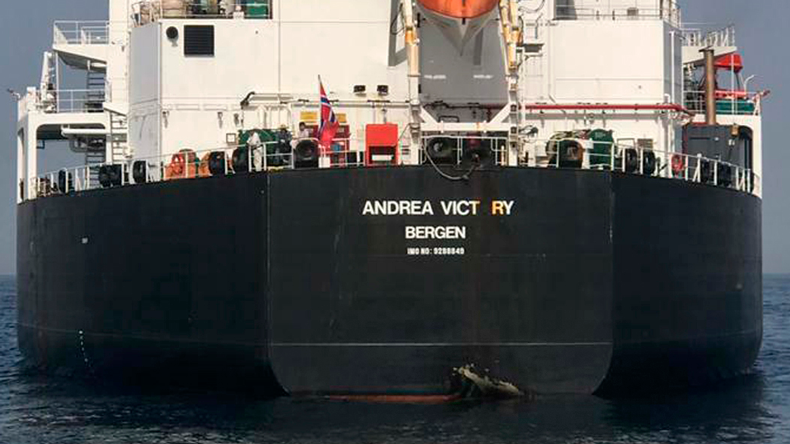 MARINE insurers have updated and extended regions in the Middle East where war risk premiums can be added when vessels transit the region, after further information came to light about the “acts of sabotage” on four tankers off Fujairah on May 12

Members of the Joint War Committee made the decision after meeting in London on May 16 to assess whether to update the country list for areas where there is an immediate risk for war, strikes, terrorism and related perils.

“We received a report from our security advisers (Herminius) who assessed the overall situation as being at significantly heightened risk,” Neil Roberts, head of marine underwriting, told  Lloyd’s List.

In the first changes to listed areas since June, the committee has added Oman and adjacent waters including the Gulf of Oman, and the United Arab Emirates. It has also amended areas in Saudi Arabia to include both the kingdom’s Gulf and Red Sea coasts.

The committee at first decided to defer its decision and reconvene on Monday as there have been scant details available about the attack, how it happened and the extent of damage to vessels.  But the committee decided after the security report was circulated on Friday “that there was sufficient reason to act then, rather than wait until Monday as originally expected,” Mr Roberts added.

Shipowners and oil traders have been questioning broader maritime security risks through the nearby Strait of Hormuz or the bunkering hub of Fujairah as tension between Iran and the US escalates in the Middle East.

Two Saudi-flagged tankers, a Norwegian-flagged product tanker, and a United Arab Emirates bunker tanker were said to have sustained damage on May 12 while in anchorage areas. Photos have revealed scant damage to two ships, and while Saudi Arabia, the UAE and Kuwait have denounced the “acts of sabotage’ they have not said who they believe to be responsible or what happened.

Parts of the Middle East are already subject to war risk premiums, according to the committee’s website, with Iran, Iraqi offshore oil terminals, and parts of Saudi Arabia already listed areas. The committee last revised these areas in June, 2018.

The new areas become effective in seven days from May 16, which means owners must then notify underwriters of any vessels entering the region.

“That gives insurers the opportunity to ask about the circumstances of the individual voyage so they can decide whether or not to alter terms or conditions,” said Mr Roberts. “The situation remains unclear but will be kept under close review.”

Anonymous US sources have pointed to Iran or its allies as behind the attacks, which maritime security analysts speculate were carried out using small, remote-controlled limpet mines designed not to cause significant damage.

Shipowners are reportedly reviewing security arrangements for Fujairah and the Strait of Hormuz, through which 16.8m barrels per day of oil transits. Some 30 to 40 very large crude carriers each carrying crude cargoes valued at more than $140m ply the waters every 10 days, highlighting the importance of the waterway to energy shipping.

Insurers have previously warned shipowners to exercise caution in the Fujairah area, while Norway’s maritime authority has raised security levels for its Norwegian-flagged fleet after one of its product tankers was targeted.

The Joint War Committee said in a statement on its website that “the enmity between Iran and Saudi Arabia continues to create tensions as the Saudis believe Iran is trying to control strategic waterways. The recent tightening of Iranian sanctions by the US administration will raise tension in Iran and cause difficulties for Asian buyers.”

While there was very little information about the May 12 attacks, the committee added: “There is no doubt that considerable damage was done and there will be significant claims.”

Brent crude soared to above $73 a barrel in trading in London on Friday as Saudi Arabia’s vice-minister of defence denounced Iranian-based Houthi militias for attacks on two Aramco pumping stations earlier this week. Members of the Organisation of the Petroleum Exporting Countries, excluding Iran, met in Saudi Arabia this weekend, intensifying regional political sensitivities.

Time to step back from Tanker War Two