The US Office of Foreign Asset Control is asking marine insurers to consider clauses that invalidate cover where vessels trading with North Korea disable their Automatic Identification System. But P&I clubs and lawyers are highlighting need for discretion

Sanctions evasion thought to be relatively frequent, with Pyongyang regime ready to go to great lengths to ensure continued supplies of oil and coal 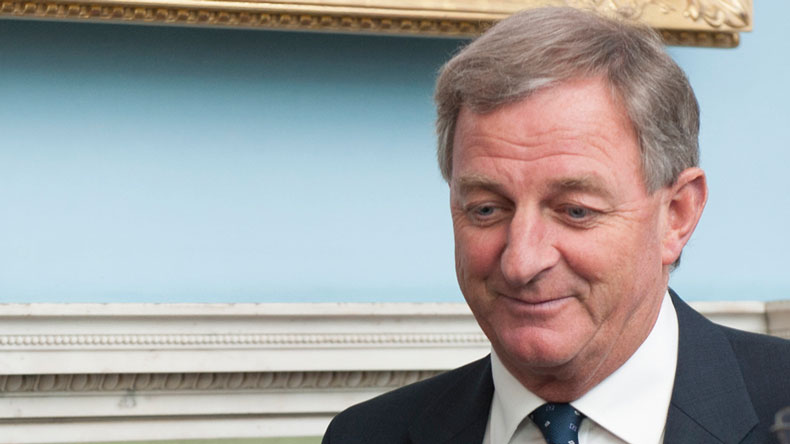 Bardot: “It would not be appropriate to automatically withdraw an insurance cover which benefits third party claimants, rather than the shipowner, simply because the AIS signal has been lost.”

THE US Office of Foreign Asset Control is asking marine insurers to consider ‘AIS switch-off clauses’, invalidating cover where vessels thought to be trading with North Korea disable their Automatic Identification System.

If implemented, the move would effectively leave such ships unable to trade, constituting a significant disincentive to assisting the Pyongyang regime’s energy import strategy.

OFAC’s stipulations are contained in an update to an existing shipping advisory note initially issued last year, adding the names of dozens of vessels believed to have engaged in ship-to-ship transfers with North Korean tankers, or to have exported North Korean coal.

Attention is also drawn to the alleged falsification of vessel and cargo documents, and alleged illegitimate alteration of vessel names and International Maritime Organization numbers.

The two companies are accused of assisting North Korea in evading sanctions imposed in 2006, after the country’s first nuclear test.

Reaction from the industry has been broadly supportive, but both lawyers and P&I clubs have highlighted the need for discretion, given that there are a number of legitimate reasons for loss of AIS signal.

For instance, a master may decide to switch off for fear of being tracked by pirates, while LED lighting can interfere with the signal, and Nato has previously warned of state actors interfering with signals in the eastern Mediterranean.

In January this year, the International Group of P&I clubs issued a collective circular urging owners to reassess any possible links with North Korean entities, revealing that unnamed “surveillance agencies” are on the look-out for instances of potential sanctions evasion. These could include both AIS switch-offs and unexplained diversions, the IG said.

In an email to Lloyd’s List, IG chief executive Andrew Bardot expressed some reservation, adding: “It would not be appropriate to automatically withdraw an insurance cover which benefits third party claimants, rather than the shipowner, simply because the AIS signal has been lost.

“A vessel will in any event lose its P&I cover where it is engaged in unlawful trading, including trading in breach of applicable sanctions or prohibitions.”

The advisory can best be seen as a checklist of what the OFAC expects industry players to do to protect themselves against penalties under US law, which can run to twice the value of the underlying transaction, according to Reed Smith partner Leigh Hansson.

“You have a situation where OFAC has come out and said, ‘These are the red flags we want you to look for. Were those red flags present? What did you actively do to try to stop them? Did you include AIS clauses in your insurance package?’

“They will want to see you have taken proactive steps to clamp down on some of this activity.”

The OFAC circular asks that before extending coverage and at presentment of claim from a vessel transporting oil in the East China Sea, insurance companies should research its AIS history as a matter of due diligence.

They should also “consider inserting contractual language that states that disabling or manipulating AIS is an indication of potentially prohibited activity and is grounds for investigation, which could lead to revocation of services if illicit activity is discovered”.

The wording should be seen as stronger than the simple polite request a literal reading would imply, according to Ms Hansson.

“Even though it is only suggested language, OFAC would not have gone through the trouble of publishing it if they didn’t expect insurers to follow that guidance.

“Obviously, there may be business reasons why they cannot, but if something ever went wrong and a company did not even attempt to comply with these suggestions, I would expect OFAC to take a much harder view towards enforcement.”

North Korean sanction evasions are thought to be relatively frequent, with the regime ready to go to great lengths to ensure continued supplies of a commodity as crucial for all modern economies as oil.