The cheap financing that major shipping lines get from Chinese lessors nowadays is not at a reasonable level and may take a toll on vessel supply and demand balance, says Minsheng Financial Leasing’s shipping chief Jerry Yang 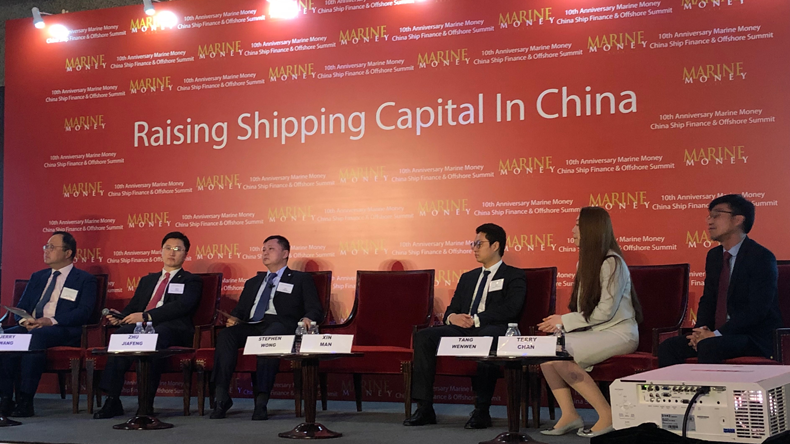 Leading liner carriers are able to obtain extremely favourable ship financing terms from leasing houses in China that does not match the real fundamentals, according to Minsheng Financial Leasing’s shipping chief Jerry Yang.

“They ask for 100% of leverage with less than 6% of fixed cost,” Mr Yang told Lloyd’s List on the sideline of the Marine Money Shanghai conference. “This in fact has exceeded the level that their credit status can support.”

He pointed out that Maersk was the only shipping line that enjoys an investment grade by international credit rating standard. The Danish conglomerate holds a BBB rating by Standard & Poor’s and Baa3 by Moody’s.

Moreover, carriers’ financial performances over the past two years were far from being impressive, weighed by challenging market conditions, while their debt pressure should not be underestimated either.

“Their capital expenditures on shipbuilding are not small,” Mr Yang said. “The ordering might have slowed in these years, but there have been a lot of deliveries, which means a large amount of final payments.”

He said “the financing can be done but has to reflect the fundamentals”.

However, as scale mattes significantly among container shipping carriers, large household names in the sector are normally deemed by Chinese leasing lenders as numbered top-tier clients and hence equipped with strong bargaining power.

At the same time, the rising competition in ship leasing has further reinforced the borrowers’ position.

Leading the lenders are the lessors parented by major Chinese banks. They have been working with the shipping lines on newbuilding or sale and leaseback projects since 2013.

CMA CGM’s plan to order 10 15,500 teu ships in China has also drawn bids from a number of domestic leasing companies, with ICBC Financial Leasing and CMB Financial Leasing said to be close to signing the contract as financiers.

“Container carriers are big guys, we’ll have to follow their pattern,” Mr Yang said. “They can even organise us to come together to tender, which I don’t like.”

It was reasonable for the leasing companies to offer better conditions than western banks, most of which have already withdrawn from the sector, to win clients, he argued. But overdoing it would twist the market, increase risks and harm the box shipping industry as a whole.

“If carriers can easily borrow cheap money, they’ll be more inclined to invest. The question is whether we are having a vessel shortage or oversupply.”