Chief executive Brian Johnson says the register is still attracting tonnage, despite concerns about the effect of Britain's EU withdrawal

As the UK Ship Register faces a possible Brexit-related exodus, one suggestion is for the Red Ensign Group of flags to combine rather than compete against each other 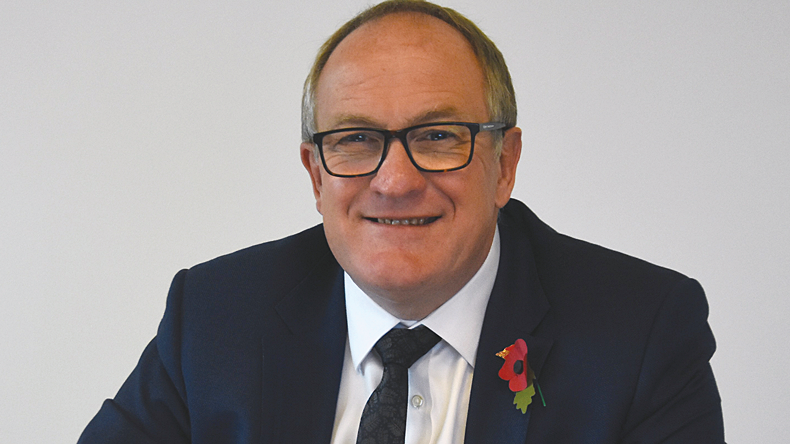 Johnson: “We remain committed to the growth of the UK Ship Register.”

THE new head of Britain's Maritime & Coastguard Agency has reaffirmed his commitment to expanding the UK Ship Register, despite the uncertainties of Brexit that are unsettling a number of shipowners.

“We remain committed to the growth of the UK Ship Register,” he said.

Mr Johnson was responding to reports that a number of prominent shipping companies with vessels on the UKSR are reconsidering their position as Britain’s departure from the European Union draws closer without a deal in sight.

As Lloyd’s List reported, some ships have already been reflagged, in part because of Brexit concerns, but many more are at risk of leaving the UKSR in the event of a no-deal withdrawal from the EU.

In a statement, Mr Johnson acknowledged those concerns and said that the MCA was in regular dialogue with shipowners about the situation.

“Our customers trust us to discuss these issues with them in confidence,” he said. “We have a marketing strategy, which is reviewed annually and adapted according to circumstances and events. That will, of course, include post EU-exit.”

The UKSR, which had been slowly shrinking for some years, has since reversed that decline, helped by a new structure within the MCA which had given it greater autonomy, and the ability to tailor its services more closely to shipowners’ needs.

The register was also central to the government’s commitment to strengthen the country’s maritime cluster, with a target set in 2017 to double the size of the register in the years ahead.

The growth plan included a new position of chief executive for the UKSR, but the first person to be appointed quit within a few weeks, while Doug Barrow resigned in December after less than two years in the post.

Nevertheless, the UKSR is highly-regarded in shipping circles with some blue-chip names on the register, including CMA CGM, Evergreen, and Zodiac Maritime.

“The UK Ship Register offers technical expertise of MCA surveyors, which is recognised by our customers as being among the best in the world,” said Mr Johnson.

He added: “Clients have a choice of whether to use flag or classification society to carry out vessel audits. We offer 24/7 support to our customers for registration and post registration support and the UKSR is one the few registries that do this.”

According to one industry expert, however, the UKSR was unsustainable, in part because of competition from other Red Ensign Group flags.

Any vessel with one of these registers is regarded as a British ship, and is entitled to fly the Red Ensign flag.

“The only rational way forward is to provide a unified Red Ensign with truly global reach,” said former Nautilus official Allan Graveson in response to questions over the future of the UKSR.

P&O reflags cross-Channel ferries in Cyprus ahead of Brexit