Lawyers flag US links as a stumbling block to opportunistic trades, highlighting hurdles for US-based insurers and service providers, while tanker pools managed outside that country might also face a challenge if they include American participants 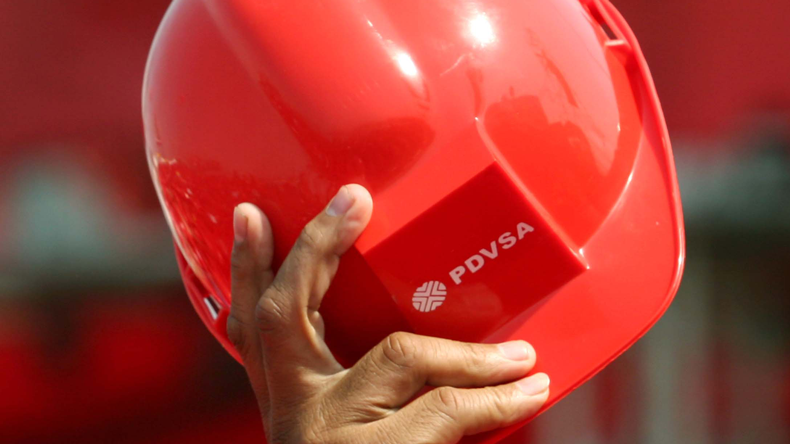 Any tanker upside from US sanctions could be counterbalanced by the liability risks of carrying PDVSA-linked cargoes.

US SANCTIONS targeting Venezuela’s state-owned Petróleos de Venezuela appear positive for tankers from a tonne-mile perspective: Venezuelan crude would theoretically be redirected from the US to India and China, and US product flows to Venezuela would be supplanted by cargoes from further afield.

Yet in practice, tanker upside could be counterbalanced by the liability risks of carrying PDVSA-linked cargoes, US-based legal experts have told Lloyd’s List.

Under the new sanctions regime, owners meeting the definition of a ‘US person’ — i.e., entities organised in the US or with a US branch involved in the transaction — will be effectively barred from providing vessels to carry exports of PDVSA crude to Asia or imports of petroleum products to Venezuela.

That prohibition would apply even if PDVSA is not paying for freight and cargo ownership changes hands from PDVSA prior to loading.

According to Matthew Thomas, a partner at law firm Blank Rome, the US Treasury Department’s Office of Foreign Assets Control (OFAC) “looks at transactions as a whole and if you are a US person and you are providing part of a service in connection with the transaction, even if the title passes when the oil hits the flange on your vessel, OFAC would still view that as a transaction in which PDVSA has an interest”.

Watson, Farley & Williams partner Daniel Pilarski agreed, advising that shipowners meeting the US-person definition should only be involved in such transactions through the designated ‘wind-down’ period ending February 27.

Although the number of tanker owners that qualify as a US person is relatively limited, practical consequences could extend well beyond these players.

Many large crude- and product-tanker owners are publicly listed in the US. Foreign owners do not qualify as a US person under America’s sanctions regime, but often behave as if they do.

As one New York lawyer who works with US-listed companies explained on condition of anonymity, “If you are a foreign issuer listed in the US, you will adhere to US sanctions laws just in case,” he said. “Most of them do, even if they have an argument that they’re not a US person.”

“Sometimes, those companies will have restrictions based on agreements with investors, credit facilities, or with other financing sources. If you’re in New York raising money, a lot of people you talk to will say, ‘We want commitments you’re not dealing with any of these high-risk folks’. So, it might not be illegal, but it may be limiting.”

“There can be no involvement by US banks in anything related to the shipment, the charter-hire, brokerage, bunkers, agency fees, port fees — none of that can be paid in US dollars, because those would flow through US banks,” Mr Thomas said. “One of the most common pitfalls for non-US maritime companies and non-US commodity companies is that deals involving US sanctions targets inadvertently are done in dollars and then the funds are rejected or blocked by US banks.”

Involvement of US-based insurers or other service providers creates another hurdle.

“US insurers or any sort of service providers will face these limits on transactions involving PDVSA,” he added. “Even if you’re structuring things to put in a middle man or to have American interests one or two steps removed, if you look at the transaction as a whole and there’s a benefit flowing to PDVSA, it’s a very risky venture.”

Tanker pools managed outside of the US also face a challenge if they include US participants.

If a pool transports cargoes for the benefit of PDVSA, even if the US participants’ tankers are not used, the pro-rated pool distributions to the US participant could be construed by OFAC as a sanctions violation, which could convince the pool manager to not carry PDVSA cargoes.

Asked about this risk, Mr Pilarski said, “there’s every reason to suspect OFAC could have a problem with this and US pool participants should be making it very clear to pool managers that this is an issue.”

Another impediment is that banks, including non-US banks, may not be willing to participate in a PDVSA-linked transaction despite US sanctions compliance.

According to Jonathan Epstein, a partner at Holland & Knight: “Even if you can say it’s a lawful transaction, it’s entirely possible that as a practical matter, major banks will say ‘we’re just not going to handle this transaction’.

“Because PDVSA is now an SDN [a specially designated national and blocked person under OFAC rules], it wouldn’t surprise me if major non-US banks ceased processing PDVSA transactions for de-risking reasons.”

Finally, there is the broader risk related to PDVSA’s crippling debt load.

In 2018, ConocoPhillips targeted multiple tankers for arrest in the Dutch Antilles as part of collection efforts, and other creditors have since followed suit.

The new US sanctions put PDVSA in an even more financially precarious predicament.

“For other creditors, this is going to make the PDVSA pool of assets harder to enforce against. The pool of PDVSA assets is going to shrink,” said Seward & Kissel partner Bruce Paulsen. “This is one of those ‘watch this space’ scenarios. Things are going to develop fast over the coming weeks. And if there’s a regime change tomorrow, it all changes.”

Mr Pilarski agrees that the new US sanctions will heighten the overall commercial risks of carrying PDVSA cargoes.

“The earlier sanctions were a slow tightening of the screws. This is a dramatic ramping up, which does not just create sanctions risks, but also creates very serious commercial risks. And that is quite deliberate on the part of the US. It is intentional.”