China dominates this year's annual ranking of influence in the shipping industry, taking the top four positions in the newly published Lloyd's List Top 100 Most Influential People in Shipping 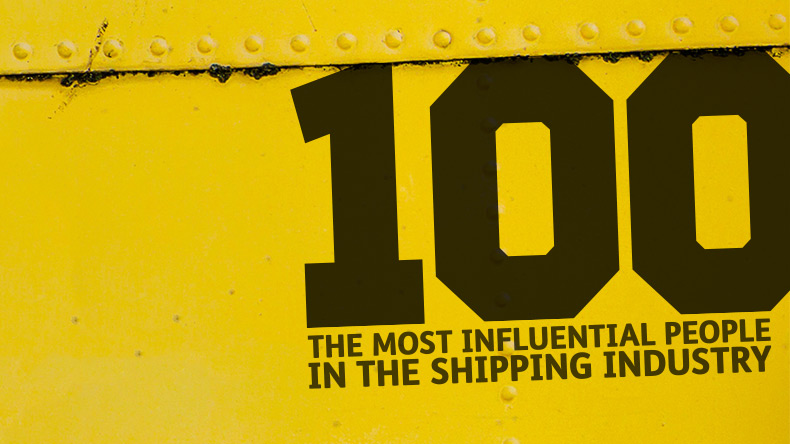 Container shipping consolidation not over yet, says Moody's

CMA CGM aims to give customers peace of mind

CHINA has dominated this year's annual ranking of influence in the shipping industry, taking over the top four positions in the newly published Lloyd's List Top 100 Most Influential People in Shipping report.

Over 10% of the entrants in this year's list hail from China, reflecting the growing influence that China's state-owned enterprises have in almost every sector of the shipping industry.

The Top 100, which is produced each year by the Lloyd's List editorial team as an exercise in assessing both the shifting dynamics in the industry and the individuals behind the power plays, is led by China's president Xi Jinping.

Explaining the editorial decision to opt for a politician rather than a direct shipping industry figure, editor of the Top 100 Helen Kelly said: "Xi Jinping's policies and ambition will arguably define the next phase of globalisation and his strategic political decisions are directly influencing every aspect of the shipping markets."

Cyber security unsurprisingly features in the list this year, while several shipping outsiders have secured their position through a strategy of upending old ways of doing business and leading the charge to bring greater efficiency and transparency via digitalisation.

AS we publish our Top 100 most influential people in shipping in 2017, special mention is made for those whose achievements reflect long careers built on dedication, ambition and excellence, while we look at who is likely to be among the next generation of industry leaders.

At the head of our lifetime achievers list is Francis Vallat, whose contribution to maritime safety, quality, and professionalism is unmatched across Europe. Meanwhile, Dorothea Ioannou, who won this year's Lloyd's List Global Awards next generation shipping award, was the natural choice to claim the top spot in the up-and-coming leaders list.

DNV GL will have a limited ability to conduct major acquisitions as a result of Norway-based Foundation Det Norske Veritas acquiring full ownership of the company on Thursday.

MAERSK Line is pulling out of the Transpacific Stabilization Agreement and several other similar groups in order to comply with conditions set down by competition authorities in exchange for approval of its Hamburg Süd acquisition that was completed at the end of November.

The TSA, which is a discussion forum for container lines operating in the Asia-US trades, has been given one month's notice by Maersk.

THE spike in the UK natural gas price had the potential to disrupt longhaul trades from the Atlantic basin to Asia. But no worries, bulls, Russian LNG has come to the rescue and is here to stay.

The UK National Balancing Point price for January-delivered gas jumped over 10% to 66.3p per thermal unit this week, with a cold snap, the closure of the Forties pipeline and an explosion at a key pipeline transport hub in Baumgarten, Austria.

The rapid surge boosted by the capesize and panamax segments was reflected in the Baltic Dry Index, which jumped to 1,730 points this week, the highest figure recorded since mid-September 2013.

Container shipping consolidation not over yet, says Moody's

THE consolidation trend in the container shipping industry is expected to continue as owners look to increase their market share and optimise operations to deal with fierce competition and the tonnage overhang.

"The trend toward consolidation among container shipping firms will continue into 2018 as larger companies look for opportunities to increase market share, while smaller companies seek to increase efficiency to maintain profitability," said Moody's vice-president and senior analyst Maria Maslovsky.

CMA CGM aims to give customers peace of mind

CMA CGM has pledged to rapidly reimburse customers who suffer loss of cargo through some unforeseen event, such as a natural disaster.

NATIONAL Shipping Co of Saudi Arabia, or Bahri, has appointed Abdullah Aldubaikhi as its new chief executive, effective January 1, to lead the company in its next stage of growth.

THE European Community Shipowners' Associations has called on the European Council to allow Brexit talks to proceed to the next level.

SEVERAL hundred members of the labour union at South Korea's Daewoo Shipbuilding & Marine Engineering held a partial strike in support of demands for a 3.8% pay rise.

THE International Maritime Organization's project to ramp up sustainable vessel recycling in Bangladesh will begin its second stage in January.

SEOUL-based Doosan Engine has announced it is in talks with Daewoo Shipbuilding & Marine Engineering to provide the engines for new vessels the company is going to build for Mediterranean Shipping Co.