As the latest edition of Lloyd’s List Containers went to press, the great consolidation game is probably about over for 2017. But there will likely be more to come 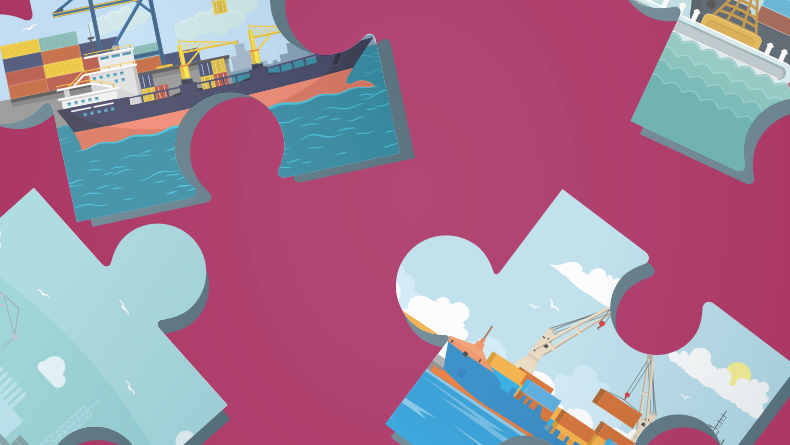 Putting the pieces together

Putting the pieces together

AS THE latest edition of Lloyd's List Containers went to press, Maersk completed its takeover of Hamburg Sd, Hapag-Lloyd said it had finished the integration of United Arab Shipping Co and CMA CGM announced it was to merge two of its subsidiaries, MacAndrews and OPDR, into one unit from the beginning of next year.

For 2017, that is probably about it in terms of the great consolidation game. But there will likely be more to come.

On the carrier front, there are still a number of lines whose survival as independent operators looks challenging in the face of their now much larger rivals. And there are still those out there with pockets deep enough to make acquisitions, particularly in China.

While rumours are always met with denials, few will be surprised if next year unleashes a few more names being knocked off the list of global carriers.

Rapidly growing Norwegian owner MPC Container Ships has stepped into the ring with the acquisition of a number of fundraising deals recently. It has been acquiring vessels at a rapid rate since its launch in April. But as Claus Peter Offen points out, up to 90% of German owners could disappear from the market before too long.

The other area in which consolidation is yet to take place, but feasibly could, is in ports and terminals.

As carriers restructure their alliance networks and try to save costs by using terminals in which they have equity stakes, the future of independent terminal operators is coming under scrutiny. There are unconfirmed reports that Global Container Terminals could be put up for sale by its Canadian pension fund owner. Elsewhere, the inefficiencies of the multiple terminal operations in ports such as Long Beach and Los Angeles are well known.

Ports themselves could also operate more collaboratively. While issues of sovereignty mean full mergers between ports are unlikely, there is little to stop greater cooperation between neighbouring ports in the same country and in some cases in adjoining countries.

As we head towards another interesting year in container shipping, it is likely we can expect more of what we have seen in 2017, even if the news will be slightly less dramatic than that of the past two years.

AS WE count down to the release of the annual Lloyd's List Top 100 most influential people in shipping - on December 15 - we showcase two big losers and one grand winner in the quest for world fleet control.

Panama maintains its dominance as the world's biggest registry, but Lloyd's List Intelligence data reveals this year has been among its worst.

LEADING maritime associations in the UK gave a cautious welcome to the government's deal with the European Union over Brexit, which moved the parties a step closer to the start of all-important trade talks.

UK maritime industry bodies have repeatedly expressed their concern over the uncertainty caused by protracted negotiations and political bickering. "We need as much certainty and clarity as possible, as soon as possible," said the UK Chamber of Shipping.

THE topic of "safe manning" is something that can give rise to lots of controversy once you start to assess the definition of "safe", writes Michael Grey.

It is, for a start, more than a numbers game and while a safe manning certificate may specify the various skills that are required, it might be suggested that this is very much a minimum requirement.

THE strength of the capesize market during the second half of 2017 has been driven by two key factors: a smaller fleet because scrapping and a rise in iron ore shipments.

However, things may be changing. The price being paid for iron ore in China has started to plunge, which could cause a sharp cutback in chartering activity. Inventory levels in the ports are reported to be near all-time highs.

SUEZMAX tanker earnings have rallied on the back of healthy exports from Nigeria, the member of the Organization of Petroleum Exporting Countries that keeps pumping out oil before its exemption from the supply reduction deal ends.

Based on the lastest supply agreement reached at the end of November, the West African country will cap next year's production at 2017's level, joining Opec and some Russia-led producers' efforts to cut output by 1.8m barrels per day until the end of 2018.

SOUTH Korea's Ministry of Strategy and Finance said it plans to order up to nine liquefied natural gas carriers from domestic shipbuilders by 2021 in a move that would help the country's ailing shipbuilding companies.

ANGUS Frew will serve another term as secretary-general of industry lobby group BIMCO, with a focus on environmental issues.

WALLENIUS Wilhelmsen Logistics has signed a deal to purchase US heavy-haul logistics firm Keen Transport from a private equity player as it tries to gain a stronger foothold in the high and heavy cargo shipping and transportation market.

BELGIUM-based Exmar has completed the sale of its stakes in four floating storage regasification units to Excelerate Energy as part of its plan to offload its entire FSRU business and lower its debt levels.