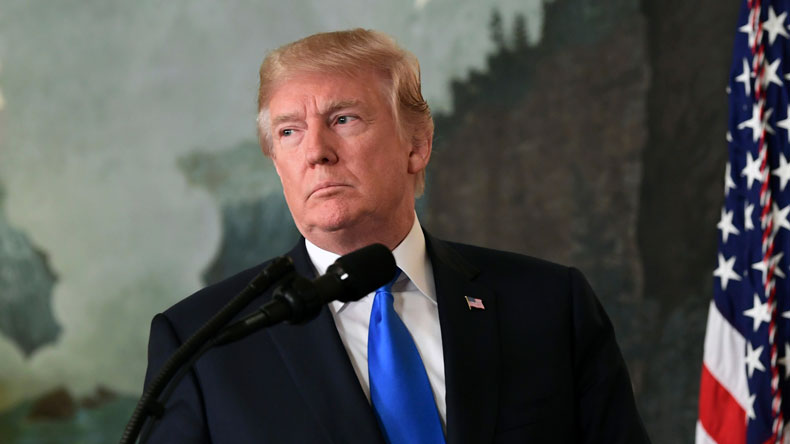 Sanctions on shipping: Failing since 432 BCE

The Top 10 movers and shakers in Regulation

Japan to fund research on IoT and green maritime technologies

SHIPOWNERS should be prepared for Washington to renew moves against Iran and Venezuela in the year ahead.

Although it is impossible to second-guess exactly what form they will take, experts have warned Lloyd's List that sanctions present a growing challenge for the industry.

The North P&I Club, for instance, finds it is worthwhile to maintain a dedicated sanctions hotline. It receives a call from an anguished or perplexed shipowner almost every day, according to Mark Church, its deputy director of freight, demurrage and defence.

While there have been no examples of shipowners behind bars as a result of sanctions busting, at least in recent years, there are real dangers of inadvertent non-compliance, which could pave the way for substantial fines and even potential jail sentences, Mr Church told Lloyd's List.

Moreover, the commercial reality is that banks are anxious not to fall foul of the rules. They can be expected to go well beyond legal obligations to make sure they do not.

Payments have been blocked on account of adverse media reports, or even because of the actions of one company that has a vaguely similar name to an entirely unrelated company.

Not only are around 60 countries targeted by the US in some fashion, but other actors are increasingly getting in on the act.

Sanctions on shipping: Failing since 432 BCE

CIRCA 432 BCE, Pericles passed the Megarian Decree, banning citizens of Megara from harbours and marketplaces throughout the Athenian Empire. And quite rightly, too.

As any rational person must surely admit, no city-state can be allowed to go round trespassing on land sacred to Demeter, the goddess of the harvest and agriculture, with impunity. And giving shelter to runaway slaves is an absolute no-no.

Historians still debate how efficacious the world's first-ever round of economic sanctions were, given the ingenuity of Greek shipowners in finding ways rounds round its more onerous stipulations. Plus ‡a change.

Fast forward a couple of millennia, and governments are still passing laws that hinder our industry from going about its business of moving goods from A to B, while often doing little or nothing to advance their ostensible goals.

As Lloyd's List reported on Thursday, experts predict that the Trump administration will up the ante in 2018, with Iran and Venezuela the two nations currently incurring the most White House displeasure right now.
There is complexity here - covered in some depth in the fuller online version of this story - but our conclusion is simple: restricting free trade costs the industry money, starves ordinary people, and doesn't usually bring the desired benefits.

The Top 10 movers and shakers in Regulation

AS we count down to the release of the annual Lloyd's List Top 100 most influential people in shipping — on December 15— we rank the leading figures in regulation and lobbying. Leading the field is International Maritime Organization secretary-general Kitack Lim, whose sophomore year in charge of the global maritime regulator was among its most active, highly profiled and scrutinised in recent memory.

ROBERT Yildirim, president and chief executive of the Yildirim Group, is determined that the ports and terminals division Yilport will be among the top 10 in terms of container throughput by 2025, through a mixture of organic growth and acquisitions.

But he is refusing to pay today's asking prices for terminals that are up for sale and is convinced port valuations will come down.

That reflects the impact of container line consolidation and the increasing power that the new global alliances have when selecting ports of call and negotiating with terminal operators.

Like most shipping families, the Tomini clan prefers to keep a low profile. But the company came into the spotlight last year with its activity in the secondhand market, seeking out good deals and building up its fleet amid low asset prices.

"Tomini is still actively looking at the secondhand market and if the right opportunity presents itself, we will of course go for it," Mr Shaikh told Lloyd's List.

DRY bulk vessel newbuilding prices at Chinese shipyards have recovered to levels last seen in mid-2016 amid continued vigorous ordering in the sector.

The monthly China Newbuilding Price Index, which tracks ship prices at Chinese yards based on inputs from 19 member broking houses, saw its bulker index rise three points to 783 in November - the same as the figure recorded in July 2016. The sub-index had been trending lower since May 2014, and only started to see a turnaround in March 2017 with the recovery in freight markets.

WITH capesize earnings approaching $29,000 per day, there can be much to be happy about as 2017 closes and the misery of last year's lows can at last be forgotten. CMB's chief executive Alexander Saverys said he was happier now than he had been in the last three years. He foresaw a brighter tomorrow provided the craze of newbuilding ordering could be curtailed, given the number of good quality secondhand bulkers available.

BOX ports in the North European range are on course to record their highest level of throughput growth for six years in 2017, according to a new report. The latest Global Port Tracker: Europe Trade Outlook forecasts that volumes handled by the six largest ports stretching from Le Havre, France, to Germany's Helgoland Bay, will hit 42m teu this year, up approximately 4% year on year. This would be the region's strongest growth level since the rebound of 2010/2011.

MARAN Gas Maritime, the John Angelicoussis-controlled liquefied natural gas carrier owner, has green-lighted its first floating storage and regasification unit and added an option for a second unit. Altogether, the firm orders will be worth more than $570m to DSME, rising towards $800m if Maran declares the second FSRU and drawing close to $1bn if the third LNG carrier is exercised.

MAERSK's completion of its $4bn takeover of Hamburg Süd has lifted the Danish carrier's share of global deployed capacity to close to 20%, according to the latest fleet figures published by Alphaliner.

JONES Act operator Crowley Maritime has begun a reorganisation of its business units to focus on government contracts and to improve vessel as well as fuel distribution operations.

MEDITERRANEAN Shipping Co will be retrofitting 31 of its boxships from six vessel series as it seeks to optimise cargo capacity.

SINGAPORE-based Sembcorp Marine's unit has won a $490m contract to build components for a floating production, storage and offloading vessel for Statoil.

THE yard, which repairs large ships, hopes to win more orders from overseas and plans to be listed on the Korea Exchange in three years' time.

Japan to fund research on IoT and green maritime technologies

JAPAN's Ministry of Land, Infrastructure, Transport and Tourism has announced it will subsidise research projects to help apply the Internet of Things and environmentally sustainable technologies to the shipping and shipbuilding industries.