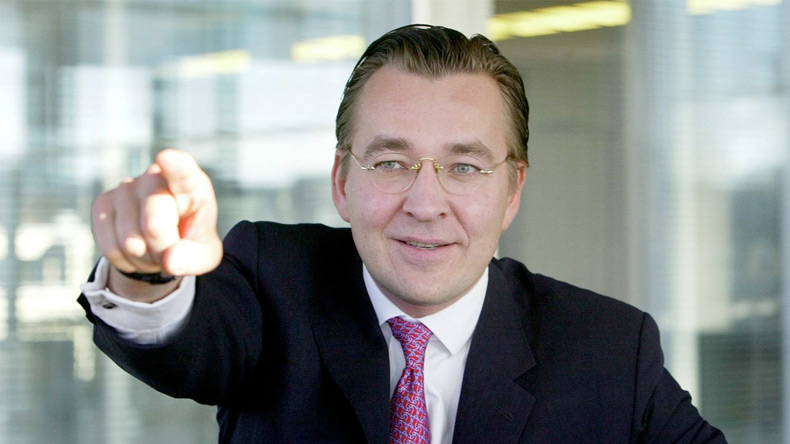 Outlook 2018: Container ports: Facing up to age of maturity

The project - which involves reviving the historic Blue Star brand - sees Bastian Hagebeuker and Tim Ostermann, who were both on the board of Crystal Ocean Advisors, a joint venture between Offen, NordLB and alternative assets specialists Caplantic, join Christoph Geck-Schlich, who left CPO last week.

Outlook 2018: Container ports: Facing up to age of maturity

HEALTHIER volume growth in 2017 has offered some much-needed respite to container ports following two consecutive years of tepid gains, but this uptick in fortunes will likely prove to be an anomaly.

Indeed, demand growth is expected to moderate next year and box ports will have little choice but to face up to the reality of a steadily maturing sector.

Sustained, strong growth levels seen earlier this century are a distant dream, as developing markets become ever more developed and untapped regions ever more scarce, even if the slowdown has come a little earlier than many anticipated.

Although demand has proved to be robust this year, it is important to remember that this has come off the back of the sluggish growth witnessed in 2015 and 2016.

Rather than representing the green shoots of an impending recovery, this is more of a correction from the two previous years' slump.

Latin America, for example, has seen huge levels of growth so far this year but this is simply because 2016 was so terrible.

Analysts estimate full-year growth to come in at around 5%-6% in 2017, but the message to the industry is not to get too carried away. Forecasts for 2018 are for a more moderate growth level of 2%-3%, a trend that is expected to be repeated in the short to medium term.

Although this slow growth climate will be unfamiliar to ports, one trend that will not change is Asia, and more specifically China, remaining the main facilitator of global box trade. The only difference is that growth will not be so pronounced.

The emerging Asian markets will also continue to play a key role in driving intercontinental cargo flows, as well as the vital intra-Asia trade. There is also hope that India will start to realise its strong growth potential.

Elsewhere, the outlook is increasingly uncertain. The Middle East has seen its volumes suffer as a result of the low oil price, and until that sees a sharp rise it is difficult to envisage any significant turnaround. The same theory applies for key markets in West Africa, such as Nigeria and Angola.


Signs that the Latin American economies are improving may be reassuring for the region's ports, but this is not going to trigger recovery on a grand scale when you consider its size in comparison to the mammoth Asian market.

Europe as a mature market is unlikely to provide significant growth, while the direction of North American volumes is rather tenuous amid the increased protectionist and nationalist rhetoric voiced by the US administration. This has thrown doubt over the country's future commitment to trade deals, particularly the North American Free Trade Agreement.

A sustained period of moderate growth and uncertainties within key trading markets will make life that much harder for the global terminal operators, which are already struggling to cope with the rapid evolution and consolidation of their core customer base, the carriers.

Every time one line buys another, two carriers merge, or a group forms an alliance, container terminals will be somehow affected amid revised service schedules to eliminate duplicate sailings, newly introduced port pairs, or other measures taken to optimise ship operations as vessel operators endeavour to improve efficiency while also trying to differentiate their products.

For ports, there will be winners and losers, and it may not be apparent for some time yet which will thrive and which might fail. That is because even though for the past three years the container shipping industry has been in the throes of the biggest upheaval it has ever experienced, the shake-out is far from over.

Every single one of these deals will have a bearing on ports, which are already having to cope with the rapid arrival of much larger tonnage into the main container markets, with 20,000 teu-class ships set to dominate the Asia-Europe route by the end of next year, and probably entering the transpacific trades on a regular basis in the not-too-distant future.

The unprecedented wave of consolidation has continued and now the four former alliances operating the east-west trades have been whittled down to three. For ports and terminals dotted along these routings, ensuring at least one of these groupings is committed to the port is vital.

A terminal with an affiliated line, such as CMA Terminals, Cosco Shipping Ports or APM Terminals, has an obvious advantage in this regard. However, with market share and reputations to keep up in an equally competitive liner industry, there is no automatic right to services. Terminal operators must ensure competitiveness regardless.


Moreover, they can also no longer rely on the exclusive business of one line to survive.

Those without a liner arm acting independently, the likes of PSA International, DP World or Hutchison Ports, now have to go about things a different way.

They may be able to offer an extensive global portfolio, but these port operators are increasingly going down the route of joint ventures and shared ownership opportunities with carriers to ensure future custom. This win-win scenario provides the lines with both a regional base, not to mention an additional revenue stream, while guaranteeing ever more precious cargo for the terminals.

Meanwhile, a weakening demand environment at home has led to a change of strategy from the giant Chinese operators, notably Cosco and China Merchant Holdings. The pair have responded by looking further afield, with sights set firmly on expanding their global footprint to all four corners of the world. Shanghai International Ports Group is also branching out its business beyond China.

With the Beijing-backed One Belt, One-Road initiative as a platform, the rise of the Chinese operators within the port sector is accelerating at breakneck speed. Chinese companies are willing to pay a premium for terminal assets and can also borrow money from government-owned lenders at favourable terms. This has led to an aggressive investment strategy, and with such financial clout, they are willing to take more risks.

For the independent and indeed carrier-connected operators with growth aspirations of their own, this poses a major problem. Next year could prove to be the year when China's overseas port investments are put under greater scrutiny, as competition heats up.

THE crew of the US-owned anti-piracy vessel Seaman Guard Ohio have been acquitted by a Court of Appeal in Chennai, India.

The ruling comes four years after the 35 crew members from India, Ukraine and the UK, were first arrested. They were accused of straying into Indian waters without permission and carrying weapons without a licence.

UK Foreign Secretary Boris Johnson said "the men, their families and their supporters, who have campaigned unrelentingly, must be overjoyed".

NORWAY-based MPC Container Ships has signed a deal to buy a fleet of feeder boxships for $130m as part of its fleet growth strategy.

Details of the number of vessels or the seller were not revealed.

The acquisition comes as the boxship owner placed about 30.25m new shares to private investors to fund vessel purchases and for general corporate purposes.

The number of tanker liftings reached 33 in the month as of Sunday, compared with 54 for the whole of October.

DNB, one of the world's largest shipping lenders, wants to divest a $10bn portfolio of non-core shipping and oil-related loans as a critical condition of a corporate rebalancing act targeting 12% return on equity.

CAPESIZES continued on a hot streak, hitting the highest level in more than three years, as the Australia to China route saw increased activity.

The average weighted time charter on the Baltic Exchange soared to $24,193 per day at the close on Monday, up 11.6% on the week earlier.

China's initiatives to improve environmental sustainability may have put a dent in domestic steel production in the short run, but all is not lost for the dry bulk market.

According to Maritime Strategies International, the dry bulk market shrugged off government-enforced cuts in Chinese steel production. This is evident from robust freight rates in October, with average monthly spot and one-year time charter rates higher than at any month since 2014 for all bulk carrier benchmarks.

TAIWAN's Yang Ming Marine Transport has completed its second round of capital raising, amounting to $T6bn ($200m), through an issuance of 500m new shares.

A UNITED Arab Emirates-owned tanker had a narrow escape from armed attackers offshore Yemen after onboard security outmanoeuvred the would-be pirates.

HONG Kong-based Jinhui Shipping is cautiously optimistic amid the dry bulk market's recovery, while warning that "the path to a meaningful recovery and demand supply equilibrium will not be without challenges".

THE consolidation of the container shipping industry experienced in recent years will still yield improved profits for container lines despite recent freight rate declines, according to Peter Sand, chief shipping analyst at BIMCO.

SINGAPORE-based PSA Corporation has signed a deal with the National University of Singapore to train a new crop of professionals capable of handling operations at the city-state's upcoming next-generation port in Tuas.