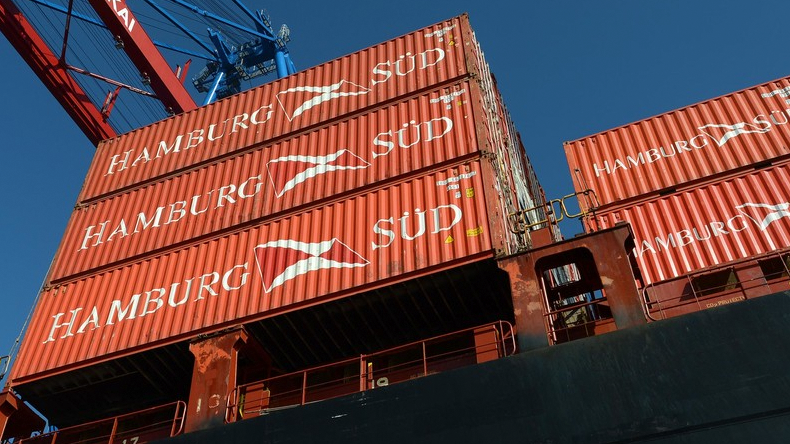 Fossil fuels may not have a future in shipping

Torm gets approval to list on Nasdaq New York

Search for crew under way after general cargo collision in China

But it says the vessels it has bought will be leaving the German flag as early as next year, as they move out of German ownership.

"These ships are owned by German entities and the ownership will be transferred to the Maersk Group," Hamburg Sd chief executive Arndt Vespermann told Lloyd's List in an interview.

Maersk, which confirmed at the end of last week it had received all regulatory approvals for its $4bn acquisition of the German carrier and had completed the deal, will become even bigger as it integrates 105 ships operated by Hamburg Sud into its own fleet.

CHEER up shipbuilders, the market is through the worst. But stay vigilant, because the real survival game has just begun.

The ordering pace has picked up. And all the positives - the robust macro picture, aging world fleet and stricter environmental regime in shipping - have provided yards with confidence that the uptick will probably continue.

Yet everyone knows that despite the brutal culling of yards seen already, the shipbuilding industry needs more closures to restore it to full health. When the smaller players have failed, those that are left will need to fight even harder to survive.

For the first nine months of this year, new orders surged by 103% year on year on an annualised basis to 47.9m dwt, Clarksons' data shows. Of these, contracts for dry bulkers, tankers, containerships and liquefied natural gas carriers jumped by 63%, 180%, 70% and 186% in capacity, respectively.

This is certainly good news for yards that have reeled from the 2016 order slump. There are also reasons for optimism over the next several years, even though the vessel glut is still haunting most shipping sectors.

The energetic global economic growth forecast by the International Monetary Fund - 3.6% in 2018 and an expected average of 3.7% between 2019 and 2022 -  has painted a rosy picture on the demand side.

On the supply front, a substantial portion of aged ships, combined with a shrinking lifecycle, is set to prompt scrapping and create a need for replacement.

Moreover, the looming environmental regulations, including those on ballast water management and emission controls, are only expected to accelerate the pace.

But for yards that are stumbling through the tunnel, the light is not quite there yet.

Implementation of the ballast water management convention was delayed this year, while the enforcement of low-sulphur restrictions are at least two to three years away. The dance between the shipping industry and the regulators will go on. Meanwhile, the technical solutions to those regulatory changes are far from being mature. All these uncertainties are likely to hold up owners' fleet renewal plans.

"Today, if you order a newbuilding, do you want a scrubber, or a dual-fuel engine, or an engine optimised for gasoil?" says Banchero Costa's head of research Ralph Leszczynski. "Who knows what's best?"

A scrubber buyer might face a predicament where, in five years' time, everyone runs on gasoil and bunker suppliers no longer offer fuel oil, he added. "Then you end up with an expensive technology that is already obsolete."
Even if owners are reckless on spending, today's money market might slow them down.

Credit is tightening as major western shipping banks go into retreat. Alternative sources of financing, such as Chinese leasing and private funds, have emerged, but they are less affordable. What is more, their providers have now become increasingly cautious.

One careful lessor is Bill Guo, executive director of shipping at ICBC Financial Leasing. At a recent ship finance conference in Shanghai, he said the latest recovery in dry bulker freight markets was "fragile", having received proposals of about 50 newbuilding projects worth more than $12bn over the past three months.

Mr Guo's company seemed serious about risk control, at least from a string of internal metrics he revealed: loan-to-value ratio within 60%-70%; proportion of operating lease no more than 40%; proportion of speculative orders less than 5%; client default ratio under 10%; non-performing lease ratio below 5%. These were much lower than the industry's averages in the previous few years.

The shipbuilding sector has yet to deal with its biggest problem: excessive yard capacity. That is also a key reason why this year's ordering activities have perked up considerably, yet ship prices remain at low levels - despite a sharp rise in ship plate prices.

Over the past decade, the number of active shipyards that have at least one ship with more than 1,000 gt on order have fallen by nearly 60% to approximately 350, according to Clarksons.

However, that does not appear to be enough, because the shipyards' backlog continues to become thinner. The brokerage and consultancy estimates that as of October, Chinese and Japanese yards had order reserves covering 2.3 years of work, while South Korean yards had less than 1.3 year's worth of coverage.

No wonder Hyundai Heavy Industries vice-chairman Kwon Oh-gap had to stand up against lawmakers who wanted him to restore a closed yard in October in the national congress. His company - although having returned to profitability - only had an eight-month backlog left at the time.

It has been mostly the smaller and weaker players that have gone down first. Now the battle for survival is shifting to the giants - the major builders in China, South Korea and Japan.

When interviewed by Lloyd's List in August, China's Yangzijiang Shipbuilding chairman Ren Yuanlin believed the industry would eventually witness the top 4% of builders take up 64% of the total newbuilding contracts.

Mr Ren's company had banked $1.6bn worth of orders so far this year, almost double the value of 2016. However, its shipbuilding margin has carried on declining, with new orders mainly composed of cheaper bulker deals.

If the Japanese are willing to go cheap, you know how heated the competition is.

Fossil fuels may not have a future in shipping

SUPPLIERS of marine bunker fuel need to be prepared for the fact that, in as little as 25 years, demand for fossil fuels in shipping will be substantially lower, the International Chamber of Shipping has said.

Although a number of vessels will continue to rely on fossil fuels until 2050, likely as a result of resistance to change, ICS director of policy Simon Bennett said the complete changeover to alternative fuels and vessel propulsion systems was inevitable as initiatives spurred by the Paris Agreement on climate change gathers pace.

THE Panama Canal Authority has boosted the number of daily booking slots for neo-panamax ships to seven from six as of December 1, as it seeks to capitalise on the canal's expanded capacity following the construction of larger locks.

It noted that the extra slot can now be reserved by all vessels transiting the canal from the Pacific Ocean to the Atlantic Ocean, with the seven neo-panamax booking slots provided in addition to the 23 available daily though the regular panamax locks.

MAERSK Line's takeover of Hamburg Sud is the latest in a list of bluechip acquisitions that have propelled the Danish line to the top in the container shipping industry.

The purchase will undoubtedly have an impact on Hamburg, one of the world's premier maritime cities, and on Germany, with the loss of Hamburg Sud's independence likely to be a blow to the country's maritime industry.

AT THIS time of year we are supposed to be looking forward to the outlook for 2018, but instead I am more interested in looking at events of the present, and actions of the past, as the floodgates open on workplace sexual harassment in the wake of the #metoo Twitter campaign.

This type of behaviour is depressingly normal for many women in the industry, so NorShipping's Birgit Liodden's account of her experiences should be seen as a bold first step in urging companies to rethink their handling of harassment claims.

ENERGY major Total has selected Russia's Sovcomflot and Greek-owned TMS Cardiff Gas as preferred bidders after what appears to have been tough negotiations in its tender for seven-year business for up to four liquefied natural gas carrier newbuildings.

SITTING at the northwest edge of Africa, within sight of Spain, the port of Tanger Med guards the Strait of Gibraltar, one leg of a contemporary Pillars of Hercules that it shares with its northern neighbour, Algeciras.

That geographical position has helped it, in just 10 years, to rise from nothing to a top 100 container port. But it has ambitions to go higher.

THE onset of winter is marked by many festivals and is also a time of cheer for tanker owners. Many are probably wishing for firmer earnings during these peak months, when we can often see some markets spike upwards despite oversupply of tonnage. Right now, this is happening for aframax tankers.

The reason for rate strength in the winter is mundane but important. Key ports in the northern hemisphere see weather delays, which tend to cause a tumbling effect of uncertain vessel availability.

Torm gets approval to list on Nasdaq New York

DANISH tanker operator Torm has been given the green light from the US Securities and Exchange Commission to list its shares on the Nasdaq Stock Market in New York.

Search for crew after general cargo collision in China

THE search is continuing for 12 crew members missing after two general cargo vessels collided in the Pearl River in southern China last week.

NORD/LB said it plans to dispose of ?4.1bn ($4.87bn) in non-performing shipping loans by the end of 2019 as its shipping portfolio continues to shrink thanks to an accelerated divestment programme.

THE Seamen's Employment Centre is taking applications from shipping companies for its latest seafarer subsidy programme which will provide financial aid to shipping firms that hire younger people, retirees or women.

YANGZIJIANG Shipbuilding has inked a newbuilding contract with CDB Financial Leasing for up to 10 208,000 dwt dry bulkers, under a strategic partnership where the shipyard will handle part of the lessor's troubled assets.

PSA Corporation has signed a memorandum of understanding with Cosco Shipping Ports as they add a third berth to the joint venture Cosco-PSA Terminal.

The aframax tanker segment is bene