New name, new judges, but the same focus on showcasing the best of the region's maritime industry 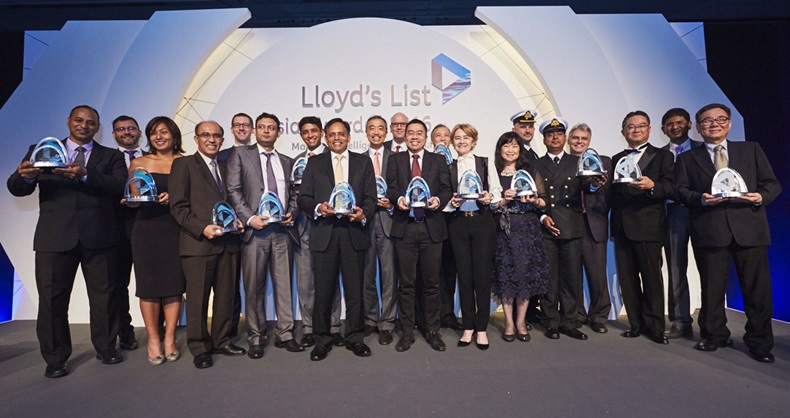 Source: Xcalibre Last year's winners: Who will be in the spotlight this year?

A NEW name and new judges have brought renewal to Lloyd’s List’s recognition of the shipping industry’s achievers. The Lloyd’s List Asia Pacific Awards has been launched, sporting a fresh look but still focused on showcasing the best in class from the region’s industry.

With the industry’s pace of change occurring at unparalleled speed, shipping is looking for role models and innovation and Lloyd’s List is proud to encourage and recognise such endeavours through our awards events around the world.

Innovators and best in their field, in whatever sector, act as examples and catalysts for others to strive to find better methods, technologies and pathways to success.

The APAC awards will be held on Thursday 26 October, 2017 with sumptuous fare at the Shangri-La Hotel in Singapore. The 2016 awards drew close to 500 guests from across Asia.

The awards welcomes entries from Australia and New Zealand for the first time and three new judges from different spheres in the maritime sector, to lend their own unique insights to the judging process.

Among them is Su Yin Anand, winner of the Next Generation Shipping Award last year. A qualified lawyer, Ms Anand is one of the youngest partners at Ince & Co. We will also have Captain Abhishek Asija, general Manager and head of business at shipmanager Synergy Marine Group and David Roberts, Standard P&I Club managing director.

The president of the Magsaysay Group of Companies, Marlon Rono, returns to our judging panel after being absent last year.

Full details of the categories can be viewed here and entries can be submitted at no cost by companies online here. The entry deadline is July 14.