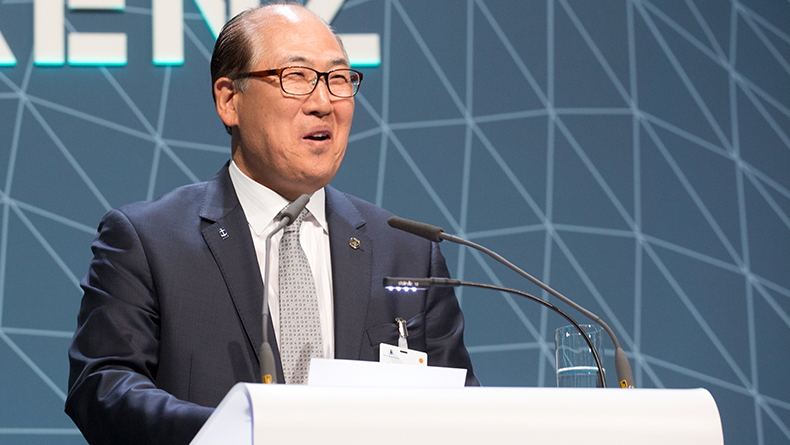 
The head of shipping’s regulator has warned governments that “failure is not an option” in crucial talks to cut the industry’s carbon emissions.

Only 27% of cases linked to abandonment have been resolved, a joint industry database shows, while a third are unresolved and am even larger percentage are being disputed.

The latest in a recent string of Iranian tanker convoys suspected to be delivering 1.7m barrels of crude oil for Syria's refinery in Baniyas has exited the Suez Canal and immediately ‘gone dark’, ceasing signalling AIS positions.


The crewing crisis is at a manageable level compared with a year ago, but that does not make it sustainable in the long run, says Bjoern Sprotte, head of shipmanagement at V.Group, tells Lloyd’s List.

The twin impacts of Brexit and the pandemic have had a negative effect on UK port throughput in the first quarter of 2021.

From the News Desk: Virus-led port congestion in southern China is taking a toll on the country’s export capacity amid warnings the supply chain snarl-up is comparable to the blockage of the Suez Canal.


The fraught relationship between carriers and beneficial cargo owners driven by the disruptions in the supply chain could last for at least another 12 months before the backlogs in the system are worked out.

The US Senate has voted to adopt an approximately $250bn bill to counter China’s growing economic and military prowess, with a stealth provision that could have adverse implications for container shipping from China.

Global commodities trader Trafigura said it handled higher volumes of oil, refined products, metals and minerals during the first six months of its financial year than in the same period a year earlier.

The Suez Canal Authority has rejected a UK Club claim that the vessel whose grounding caused a six-day shutdown of the key waterway in March was under the charge of local pilots when it entered the southern channel.

Australia's Securities & Investments Commission said it has started Federal Court proceedings against shipbuilder Austal and its former chief executive David Singleton, for alleged failure immediately to disclose a material change in its prior earnings guidance.

Japanese shipping and logistics group NYK Line has joined an international think tank promoting the use of carbon capture and storage technologies.

One crew member has died and two others have been hospitalised after an outbreak of coronavirus on a Pavimar bulker off Spain.

Vitol Bunkers has started offering carbon offsets, prompting some industry players to ask whether such a move could pay off in the near future given the lack of any outright regulatory support.