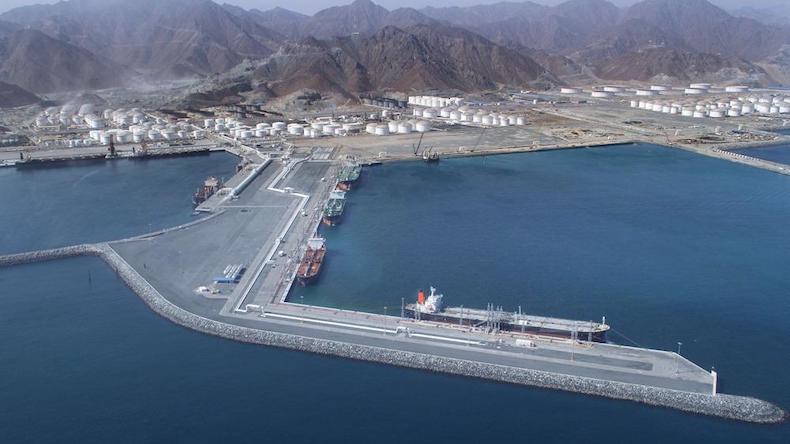 
The US seizure of what it claimed was Iranian crude oil is being challenged by Fujairah. A company controlled by the Emirate of Fujairah’s ruler has moved against the US Department of Justice to force the return of a cargo of crude seized by the US for alleged sanctions busting in January. The latest moved by Fujairah International Oil & Gas Corp, which has filed papers in a US federal court to dismiss the forfeiture complaint lodged by the US government, comes as the tanker at the centre of the seizure, the Marinakis Group controlled VLCC Achilleas (IMO: 9398072), resumed normal trading on charter to Shell. The Achilleas is understood to have discharged the disputed cargo in Houston via several sip-to-ship transfers and is currently headed to Singapore having loaded in Freeport, Bahamas last week. The cargo, however, remains the subject of several legal challenges which will now play out in US courts.

Maersk has claimed progress in its hunt for carbon-neutral methanol. Maersk's head of decarbonisation believes that the company's commitment for a carbon neutral ship running on green methanol in 2023, is "extremely tough" but the company is in talks to secure the necessary supply of the fuel that is scarce today.

Tanker rates have rebounded as the Middle East Gulf export slump ends, but negative freight earnings remain for larger tankers. Rises in rates for smaller ships and an Opec supply boost have helped the sector to build on March gains and tanker owners now anticipate a second-quarter rebound from the lowest rates in more than a decade after Middle East exports contracted by 9% over the January-March period. Clean and dirty exports from the region dropped 9%, to total 213m tonnes or 17.6m barrels per day over 1,623 voyages in 2021’s first quarter, according to preliminary figures from Lloyd’s List Intelligence. That is down from 19.3m bpd for the year-earlier period, data show, and the lowest going back to 2010.


China’s Africa investment strategy has survived bumps in the road, but there are concerns over increasing African debt to Beijing, which is beginning to cause some tension. China has been chasing European Union investment in Africa, and the gap is narrowing rapidly.


Tanker scrapping rose from a 23-year low over the first quarter, but the number of ships sold for demolition remains well below expectations despite rock-bottom earnings, just as recyclers in the Indian subcontinent temporarily close on coronavirus concerns.


Capital Maritime is in line for a $30m termination fee from the tanker Diamond S-International Seaways merger. Greek owner Evangelos Marinakis’ company has been managing 25 vessels under a deal cut when the Capital Product Partners tanker fleet was absorbed into Diamond S Shipping two years ago — and stands to gain a lump sum in compensation once the fleet is taken over by International Seaways.

Salvors were preparing to tow the listing Dutch yacht carrier Eemslift Hendrika away from Norway’s coast on Wednesday evening after the dramatic helicopter rescue of its crew on Monday. The Norwegian coast guard said the danger of it running aground was small, despite earlier warnings it could hit the coast during the night.

PIL has reshuffled its board in the wake of their recent financial restructuring. The Singapore container shipping line has appointed former chief executive of container line APL and ex-NOL man Gan Chee Yen as the new financial backers make way for changes that will allow the company to escape their recent troubles and ‘move forward’.

Eastern Pacific has ordered twin dual-fuel VLECs worth about $22m. The Singapore-based, Idan Ofer-owned operator placed the order with Hyundai Heavy Industries as it continues with its order spree. This latest deal brings the total number of newbuild orders for the shipowner to 47 ships worth $4.7bn.

Iran has reported another Red Sea limpet mine blast. The incident is the latest in a string of tit-for-tat attacks in the shadow war between Israel and Iran. Security sources said these attacks do not change the risk to commercial shipping.

Latsis has taken delivery of its first LNG carrier. The Hellas Diana is the first of two LNG carriers being built for Latsco LNG that will trade for Trafigura under five-year charters.