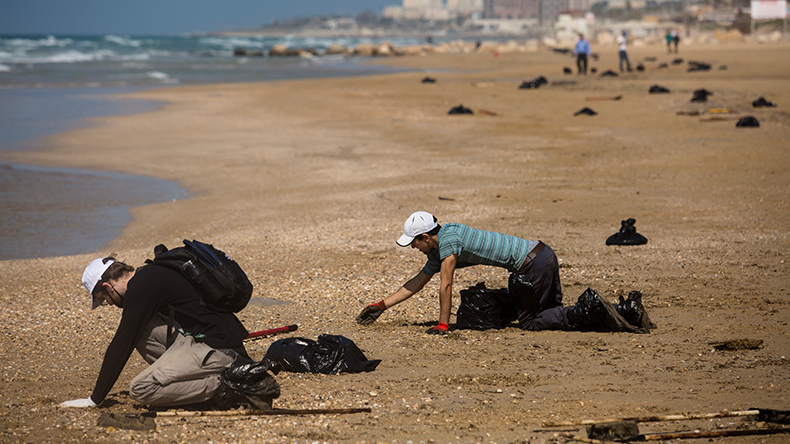 
Israel accused Iran of deliberately dumping several thousand tonnes of crude oil from a Panamax-flagged tanker in its economic waters between February 1 and 2 which has polluted more than 100 miles of Mediterranean coastline.

If Israel is correct to identify the recent oil spill that has polluted both its beaches and those of adjoining Lebanon as a wilful act of what it has called Iranian ‘environmental terrorism’, redress will take on political or even military form.

Ships can expect a “sustained tempo” of security incidents in the Red Sea and a higher threat in the Middle East region amid continued geopolitical tensions, a security consultant says.


Container shipping will remain unpredictable for the remainder of 2021 but is set to enter a new upcycle as the effects of the pandemic gradually dissipate.

Most discussion about ships of the future revolves around ‘alternative’ fuels but several other factors are emerging that will become equally significant, writes Richard Clayton.


Norden, a Danish shipowner and operator, expects a weak tanker market to weigh on its full-year 2021 earnings.

The Baltic Exchange is preparing to launch a new handysize freight derivatives contract in response to market demand.

Global Ship Lease has said it is eyeing further growth in a “highly supportive” market for containerships after posting an increased profit for the fourth quarter of 2020.


The European Union is being urged by the maritime sector to stimulate the development and use of green ammonia and hydrogen by shipping.

The pandemic revealed three major changes in world trade: diversification of retail sourcing away from China, the explosive growth of e-commerce retail, and the need for a digitised technology-driven supply chain.

Star Bulk Carriers has said that the global crackdown on emission levels from shipping contributed to its decision to acquire a pair of kamsarmax bulkers under construction in China.

Seadrill announced a $2.9m non-cash impairment on its assets amid a poor offshore drilling outlook until at least next year.