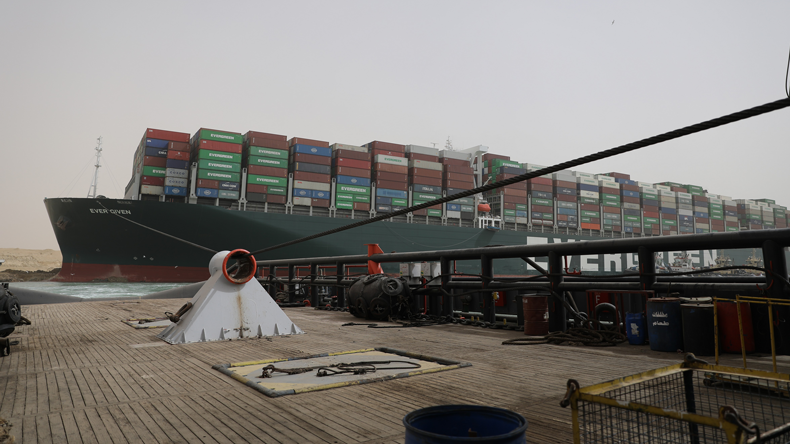 
The overwhelming majority of the 230-plus vessels currently tailing back from the Suez Canal in the wake of the Ever Given grounding will not be able to reclaim potentially sizeable out-of-pocket expenses, insurers have warned.

The latest attempt to refloat the grounded Ever Given, currently blocking the Suez Canal, has failed and salvors have warned that the operation may take several days.

Lloyd’s List Intelligence AIS tracking data indicates the first boxship to avoid the Suez Canal to take the far longer route around the Cape of Good Hope to get to Europe or North America is Evergreen’s Ever Greet, a sistership to the grounded Ever Given.

Orient Overseas International is expected to join the latest ordering spree of containerships, with the Cosco Shipping unit said to be considering an investment in 10 dual-fuel 15,000 teu vessels.


Traffic congestion along the Suez Canal is not expected to affect liquefied natural gas prices and shipping rates as much as the disruption at the Panama Canal late in the past year.

As the number of ships waiting to access the Suez Canal increases, questions are being asked over how a large, modern containership could end up skewing off course and blocking the channel, writes James Baker.

The pace at which new technology is coming to shipping increases year by year. While that’s seen as positive, it is putting real strain on seafarer training, says the head of IMO’s training sub-committee, writes Richard Clayton.


Vehicle carriers with a combined capacity to transport 85,000 cars are stuck at the Suez Canal, worsening a global logistics logjam that’s delayed manufacturing and delivery of new stock worldwide.

While tanker markets have navigated the Suez Canal blockage thus far, the disruption may affect delivery schedules if the situation is not resolved soon, according to market participants.

An Israeli-owned boxship has been struck by a missile in the Arabian Sea, according to reports.