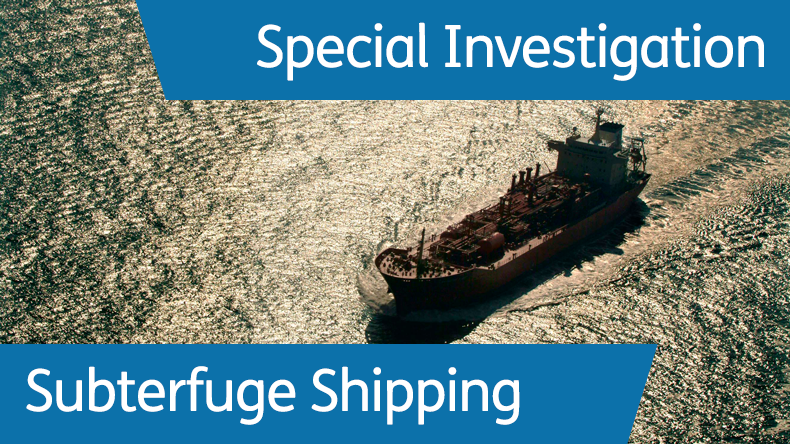 
A Lloyd’s List and Lloyd’s List Intelligence special investigation concludes by scrutinising the network of fake addresses, false declarations and absence of due diligence that’s allowing the Iranian and Venezuelan-linked shipowners to ship millions of barrels of oil without penalty or insurance.

An unknown Seychelles-registered, Cyprus-managed association has emerged as the provider of third-party liability for tankers shipping sanctioned Iranian crude in a development described as “bizarre” and “concerning” by some of the world’s biggest P&I clubs.


Twice as many boxes have been lost in two recent major incidents alone than is normal worldwide in an entire year, the International Union of Marine Insurance’s cargo committee chair has said.

Shipping has little room or time to make the wrong choices when it comes to new fuels and technologies over the next “brutal” decade, the industry has been told.

Weekly Briefing: Maersk sees growth in 2021 despite uncertainty over the pandemic and is looking to its logistics division to deliver. Tanker chief executive officers are trying their best to focus on the positives and look beyond current weak rates. Soyabean season is off to a slow start affecting dry bulk demand.


The struggling tanker market is unlikely to get a respite anytime soon, according to new forecasts for the oil market.

The dry market has had a much stronger start to 2021 than forecasts had suggested, with expectations for the rest of the year and into 2022 and 2023 just as positive, said Nicolai Hansteen, head of the S&P and newbuilding teams at Lorentzen & Stemoco.

The Chinese New Year holidays have emerged as the latest bottleneck for shippers seeking to export cargoes from China as factories remain open during the break and internal travel is curtailed.

Greece has provided additional funding to help support its coastal shipping sector amid growing concerns that ferry companies maintaining vital services to and from the country’s numerous islands are facing meltdown due to the ongoing impact of the coronavirus backdrop.

Shipping must be more willing to collaborate on tech investment if it is to reap the benefits, according to the chair of trade body Maritime UK.

Brent crude oil prices will average $56 per barrel during the first quarter of 2021 but are expected to decline to $52 per barrel over the remainder of the year, according to the US Energy Information Administration.

US exports of liquefied natural gas and propane are substantially boosting the price of natural gas produced in the country, according to the US Energy Information Administration.

Greek shipowner Evangelos Marinakis has doubled down on his latest containership orders as the boxship charter market continues to encourage owners.