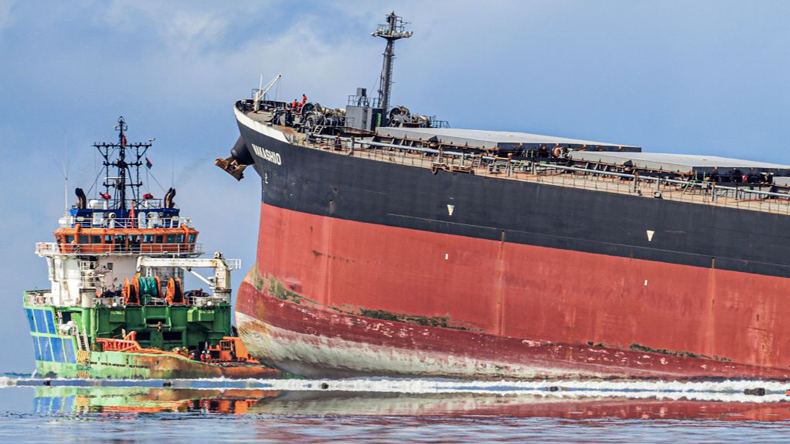 
A preliminary statement on the cause of the grounding of a Japanese bulker off Mauritius in July has highlighted alleged failures of command supervision after it was confirmed that the vessel deviated from its planned course in search of a mobile phone signal to send a birthday message.

Greek shipowners have urged the European Union to provide financial aid to help them through the crisis triggered by the coronavirus pandemic.

Issues surrounding 0.5% fuels have been raised in connection with sediments.


Pension and infrastructure investment funds will need to change their investment approach if they are to continue to expand their share of global container terminal operations following a slowdown in new deals.

From the News Desk: Crude oil exports from Venezuela have plummeted since the imposition of new US sanctions guidance and new Lloyd’s List Intelligence data shows Greek shipowners have drastically reduced their exposure to the country since four tankers were briefly blacklisted in June.

Almost one fifth of seafarers serving on ships managed by V.Group are currently working beyond the expiry of their crewing contract, according to the company’s head of crew management.


Tanker owners exposed to the spot market could face months of unprofitable levels as oil demand is being wiped out by the coronavirus pandemic, especially in the aviation industry, according to shipping association BIMCO.

UK ports could play a pivotal role in how supply chains develop following the twin shocks of the pandemic and Brexit, according to Peel Ports chief executive Mark Whitworth.

The decision by some container shipping lines to suspend or discontinue low-sulphur fuel surcharges “will be welcome news” for members of the British International Freight Association.


UK Shipping Minister Kelly Tolhurst has been moved off the brief after just seven months at the Department for Transport.

The crew of a reefer vessel boarded off Lagos, Nigeria, have been reported missing, according to reports.

The fire on board the very large crude carrier New Diamond has reignited in the aft section of the vessel owing to high winds and severe heating of integral parts of the vessel.

Maersk has made a sea and rail service, which connects shippers in Asia with ports in northern Europe, a permanent weekly fixture as customer demand rises, according to a company release.

Mitsubishi Shipbuilding has delivered scrubber retrofits on schedule on 22 ships over the past eight months, despite the disruptions the coronavirus backdrop has imposed on shipyard operations.