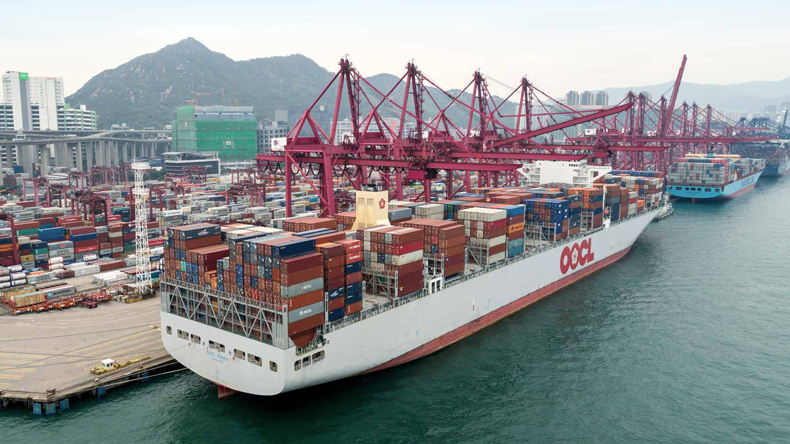 
Orient Overseas Container Line is said to be considering orders for seven more 23,000 teu containerships, raising the prospect of another investment binge in the sector.

A livestock carrier with 43 crew and 5,800 cattle on board sank off Japan in a storm, according to a survivor rescued by the coastguard.

International port operator DP World agrees deal with one of Canada’s biggest pension-fund managers to add an extra $4.5bn into their ports and terminals joint venture.

Atlantic Container Line has reaffirmed its commitment to Liverpool, where it is a major customer of the port and a large local employer, as its ships are re-flagged to Malta.

Would-be shipowners considering entering the industry without the necessary passion and commitment have been told they would be better off investing their money elsewhere.

The pandemic has brought container shipping to an inflection point in its move towards digitalisation and it must act on the changes that are emerging to use the crisis to improve customer service.

On Merchant Navy Day, a reminder of the ships and their crews bringing commodities and goods whatever the weather or circumstances.


Liquefied natural gas shipping rates have made a significant comeback since the start of the coronavirus pandemic as prices for the commodity advanced in Europe and Asia to levels supporting inter-basin trades with the US.

Columbia Shipmanagement has opened an office in Riyadh, Saudi Arabia to offer full technical and crew management to Saudi Aramco in the areas of energy, oil and gas.


One crew member is reported as missing after a fire broke out on a fully loaded very large crude carrier off the east coast of Sri Lanka.

Corporations are willing to leap ahead of regulators in pursuit of decarbonisation solutions, according to a leading sustainability initiative.

Brittany Ferries has closed some services and asked the French government for financial aid.

Hull and machinery has taken only a modest hit from coronavirus so far, but the impact could be felt further down the line, according to the latest half-yearly statistical report from Cefor.

A proposed restriction on heavy fuel oil in the Arctic Sea would do little to stem its use and carriage in the region owing to potential exemptions and waivers, according to new research.

Wilhelmsen and Hyundai Glovis have entered a joint venture to develop new fuels such as liquefied hydrogen.

South Korean line HMM has made a prudent move to secure berth space for its ultra large container vessels, forming a joint venture with Singapore port operator PSA to work together “for enhanced operational excellence and efficiency in container operations”.

Three shippers have told a US federal court that they are the owners of cargoes seized on board four tankers that were accused of violating sanctions by carrying petroleum products to Venezuela from Iran.

Singapore’s maritime industry looked to the city’s financial regulator for wisdom on dealing with the post-coronavirus world and was told that resilience was the key to survival.

Canada’s southwest ports of Prince Rupert and Vancouver are fast becoming major competitors for US west coast ports, joining existing rivals on the US east and Gulf coasts for market share, according to a report released by the Pacific Maritime Association.