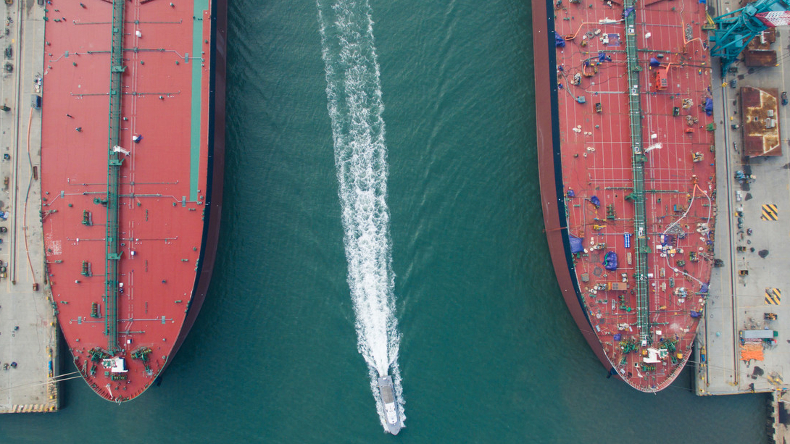 
The shipping industry has criticised the European Parliament after it voted to adopt a proposal to include shipping in the bloc's Emissions Trading System.

Greece’s shipping minister Ioannis Plakiotakis has spoken out against regional approaches to cutting emissions in the sector.

Hull underwriters must do more to ensure higher pricing in the wake of last year’s fractional increase in premium volumes, the chair of the International Union of Marine Insurance ocean hull committee has said.

Marine fuel sales, which were seen falling across most markets in June, are expected to wrap up 2020 with a full-year decline of up to 17% for this pandemic-afflicted period, a representative from a leading industry body said at Platts APPEC 2020.

US sanctions on Venezuelan crude will temporarily shut down the Kemaman asphalt refinery on the eastern Malaysian coast because it is configured to take 90% of its feedstock of heavy crude oils from the South American country.


Geopolitics seem to be playing a major role in the fortunes of the dry bulk sector and look set to realign raw materials and grain trade flows.

The San Pedro Bay ports of Los Angeles and Long Beach recorded a second consecutive month of increased throughput of containerised imports in August, but officials and experts remain cautious over the future.

Weekly Briefing: Capacity discipline and consolidation have kept freight rates at elevated levels this year, but China is asking questions about why cost savings from low oil prices and reduced port fees have not been passed on.

The migrants picked up by Maersk Etienne in early August are now safely ashore, and the crew will soon disembark for some well-deserved rest and relaxation. But shipping remains on the front line of the migrant crisis and the maritime community cannot afford to let political apathy set in, writes Janet Porter.


Oil production peaking in the next two decades will trigger a consolidation in the tanker market that favours early movers on sustainable shipping.

Orient Overseas Container Line has dropped a plan to blank a series of transpacific sailings, after a meeting between carriers and the Chinese government last week.

Seaborne reefer trade is expected to weather the economic shock caused by the coronavirus pandemic much better than dry cargo.


Wallenius Wilhelmsen, one of the world’s biggest operators of car carriers, expects to lose almost 25% of its business due to the impact of the pandemic, a senior executive has told the International Union of Marine Insurance conference.

Ports are facing shortages of workers and investment as a result of the pandemic, according to the International Association of Ports and Harbors.

The International Union of Marine Insurance has made global claims statistics from its major claims database publicly available for the first time, after three years in development.

The first deepsea container services using ships fuelled by liquefied natural gas are due to begin later this month.

Offshore rig operator Seadrill has agreed with creditors to suspend interest payments due this month as part of talks to restructure its $7.3bn debt pile.

Sovcomflot, the Russian-state owned shipping company, plans an initial public offering to raise at least $500m on the Moscow Exchange.

Canada’s port of Vancouver, already seen as a rival to US Pacific coast ports, now has another competitive advantage following a decision by Maersk and Canadian Pacific Railway to build a new transload facility at the port.

Oil prices rose as Hurricane Sally neared landfall in the US, forcing the shutdown of more than a quarter of offshore Gulf of Mexico crude production and a number of refineries.