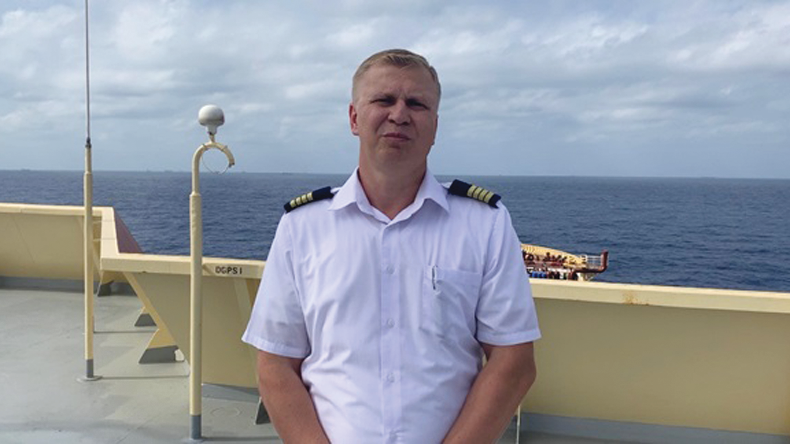 
Maersk Tankers will not ignore those in need of help at sea, says chief technical officer Tommy Thomassen, despite the five-week ordeal that saw 27 rescued migrants unable to disembark from Maersk Etienne.

The migrants who spent over a month on board Maersk Etienne have been granted permission to disembark in Sicily after being transferred to another vessel.

The International Group pool scheme will weather two potential nine-figure million dollar payouts from Wakashio and Golden Ray as well as a run of other hefty recent claims.

Maritime shipping needs an additional $6trn in investment over the next 50 years to meet decarbonisation goals, the International Energy Agency said in its Energy Perspectives 2020 report.

Embattled Dubai-based oil and bunker trader GP Global has hit out at “sharks” seeking a distressed asset sell off amid a flurry of reports questioning the company’s financial health.


The adoption of a wide-ranging decarbonisation proposal in the European Parliament could signal the start of a new era for shipping’s environmental regulations.

The Week in Charts: The number of vessels being hired for floating storage could be about to jump again following reports of some significant charters by oil traders, as prices for crude hit a three-month low. Meanwhile, box lines continue to profit from renewed transpacific demand with freight rates reaching new historic highs.


The volume of freight tonnage moving through the UK’s ports fell by nearly a fifth in the second quarter of 2020, as the full impact of the pandemic took its toll, according to figures from the Department of Transport.


Three Iranian product tankers sailing for Venezuela with gasoline have signalled their position for the first time in around two weeks, as they sail around the Cape of Good Hope.

A team of three salvors managed to board the fire-damaged very large crude carrier New Diamond for an initial inspection before being joined by another six on Wednesday, the Sri Lankan Navy said.

The fresh breakout of another fire on Thursday at Beirut port broke the normal pace of cargo operations, which had been slowly recovering after the massive explosion that damaged large portions of the city in the past month.

While the recognition that digitalisation will play an increasingly important role in the maritime sector may have come recently to many as a result of this year’s coronavirus backdrop, Singapore has already forged ahead along that path and — through the Singapore Maritime Foundation — is working on training the manpower required to meet these needs.

The development of Somaliland’s port of Berbera advanced last week after commodity trader Trafigura Group delivered a load of low-sulphur gasoil, a first step in establishing the port as a trading hub for petroleum.