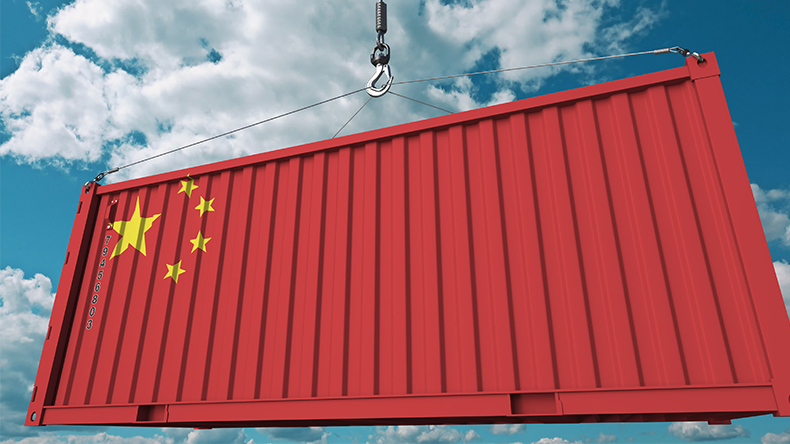 UK public holiday: The London office will be closed on Monday for the August Bank Holiday.
We’ll be back on Tuesday.


The results are in! Lloyd’s List has tallied up the throughput numbers at the world’s elite port facilities for 2019 to compile the latest One Hundred Ports rankings. Despite the geopolitical uncertainties, coupled with the risks aligned with trade regionalisation and trade wars, last year proved a period of relative tranquillity for the container port sector compared to the upheaval ahead. As well as browsing the rankings, readers can also access analysis and data behind the numbers, in addition to our annual outlook assessing the fortunes of the industry as it gets to grips with the ongoing health crisis.

Container line results have defied expectations. Despite a second-quarter collapse in volumes, profits have soared thanks to consolidation and maturity. But can it last?

Flag-hopping has complicated Ukraine’s efforts to enforce its ban on ships calling at occupied Crimea, Lloyd’s List Intelligence data shows.Of the 56 ships and one barge de-flagged at Ukraine’s request for calling at Crimean ports since October 2017, 17 have been de-flagged more than once.

Liner carriers in Hong Kong will more easily fall into an even higher tax regime in the US after the previous reciprocal agreement was scrapped, says law firm Mayer Brown. This is because many Hong Kong carriers often meet a criterion under which at least 90% of their US source shipping income is attributable to ‘regularly scheduled transportation’.


The week in charts: Peak season traffic has driven container line utilisation to 100% on some key trade routes and freight rates have surged as a result. Meanwhile, striking statistics on refined product production and utilisation show the impact the coronavirus pandemic has had on demand for gasoline, jet fuel and diesel.

James Marshall is the chief executive of Berge Bulk and he has a plan to get its 75 vessels to become a net zero-carbon fleet by 2025. In this week’s podcast, he talks to Lloyd’s List Editor Richard Meade about how he plans to get there, why existing technology can get you nearer than you think and why nuclear reactors on board vessels should be back on the table as an industry option.


The peak container season that no one expected is doing a roaring trade as freight rates hit new highs. The Shanghai Containerised Freight Index rose 6.7% in the week to Friday, putting aggregate rates at more than 50% higher than in the comparable period in 2019.

The coronavirus pandemic has triggered a drastic slowdown in shipbuilding activity and set back plans for dual-fuel newbuilds with smaller environmental footprints.

Coronavirus has so far had limited impact on marine insurance, with the sector as a whole well-placed to weather the crisis, top brokers argued at a webinar organised by Lloyd’s List sister publication Insurance Day.


Singapore’s Maritime and Port Authority has announced the Crew Facilitation Centre alongside a S$1m industry fund to support efforts to help ease the crew change crisis, and invited international shipping partners to join it.

Atlantic Container Linehas already repatriated most of its mainly Filipino seafarers stranded on five con-ros alongside in Liverpool by the coronavirus pandemic, and has pledged to get everyone home as soon as possible, in the wake of trade union criticisms.

Sovcomflot enjoyed a very profitable quarter as the tanker market paid handsomely. Now, with that same market hit by both seasonal weakness and extraordinary circumstances, Russia’s biggest shipping company remains confident it is well covered by its other activities for the rest of 2020 and 2021.

Berge Bulk chief executive James Marshall has revealed the group's pledge to be carbon neutral by 2025, and, as part of his accelerated environmental strategy, why he’s considering the nuclear option as part of the zero emissions solution.

Hafnia BW executiveshave warned “an extended rebound period is ever present” even as the Oslo-headquartered owner and operator of 102 product tankers reported record second-quarter profits.

The Australian Maritime Safety Authority has banned a Hong Kong-flagged cargoship from the country’s ports for three months, after accusing it of serious and repeated safety and pollution prevention-related failures.

Mauritians are calling for more protections for waters around the island from shipping following the Wakashio bulker grounding that spilled an estimated 1,000 tonnes of fuel oil into the ocean causing an ecological disaster and a state of environmental emergency to be declared.

The kidnapped crew of a product tanker in the Gulf of Guinea last month have been released, according to Russia’s foreign ministry. Seven Russians and six Ukrainians were released, but the crew change crisis means they have not yet made it home.