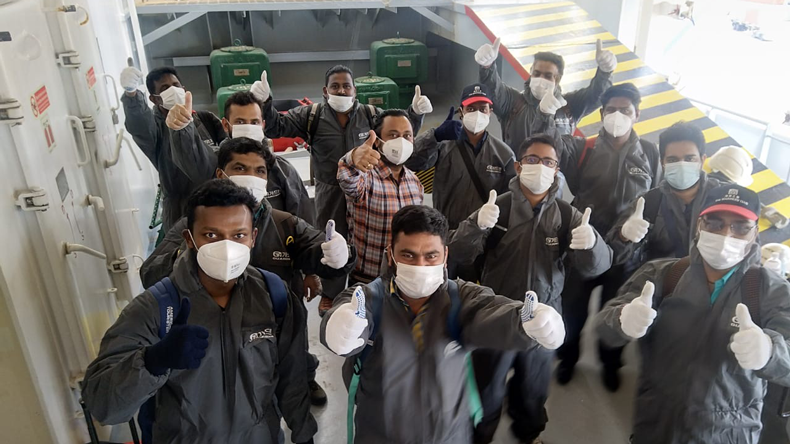 
A coalition of shipowners and shippers is more likely to gain the ear of overstretched decision makers and reach agreement on a fixed set of crew change procedures, write Michelle Wiese Bockmann and Janet Porter.

Singapore has updated its guidelines to prioritise certain crew change applications in the light of the increasing number of applications with which it is having to deal, while also taking into consideration reports of a rising number of coronavirus infections being found among signing-on crew.

Hong Kong shipping associations have reiterated the importance of facilitating crew change operations and supporting seafarers, while also taking into consideration public concerns about imported coronavirus infection cases, which have included seafarers among them.

Global demand for jet fuel has barely recovered from the coronavirus-led freefall, pushing land-based inventories of middle distillates to records in the US, with tankers storing surplus cargoes off the UK and refiners blending with diesel to deal with the oversupply.

MPC Capital said it did not sell a 50% stake in its Ahrenkiel Steamship unit to cash in on its profitable shipmanagement company.

The Week in Charts: Record imports of crude by China over the course of the past two months have led to port congestion and once again pushed up the amount of crude and other products being held in floating storage. Meanwhile, US oil exports have fallen at a slower rate than production.

Leaders of Wärtsilä and MAN Energy Solutions have made tough choices. The headlines will be negative in the short term, but those who do nothing will suffer negative headlines far longer, writes Richard Clayton.


Liquidity in the nascent liquefied natural gas forward freight agreements market is creeping up, according to brokers.

Service changes, cancellations and blankings on the Asia-Europe trade lane have the total trade capacity on the main lane route reduced levels not seen since 2014.

Congestion at Chinese ports has hit a new high, with 71 capesizes at anchor waiting to discharge cargoes, representing a near four-fold increase on average congestion during July 2019, according to Braemar ACM.


British officials have seized about £15.2m ($19.4m) worth of cocaine hidden in the floor of a refrigerated container at the London Gateway port in Essex.

MAN Energy Solutions has set out a restructuring programme that will see the loss of 4,000 jobs.

Keppel Corp has issued a first half of the year profit warning mainly as a result of impairments at its offshore and marine business.

Seanergy chief executive Stamatis Tsantanis believes the capesize market will bounce back to its long-term historical average of $24,000 to $25,000 per day.