Free to read: Idle tonnage in deepsea auto trades soars as demand slumps | Collapse of demand for new vehicles bodes ill for shipping | The Lloyd’s List Podcast: Why shipping must heed new US guidance | Coronavirus may slow pace of decarbonisation but not derail it 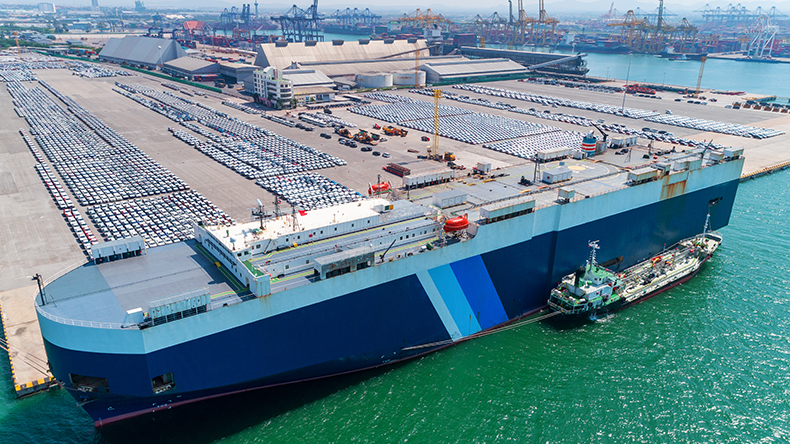 
The deepsea vehicle trades are being ravaged by one of the worst slumps the sector has ever experienced, with up to 200 pure car and truck carriers thought to be idle as operators struggle to cope with falling cargo volumes.

Shipowners specialising in the transportation of vehicles are facing a crisis with global car sales demand forecast to fall 21.8%.


The week in charts: Despite a week on week upturn, the market fundamentals suggest the rapidly built floating storage of crude has peaked, while the outlook for car carriers is weak with global vehicle demand plummeting.

There is a severe lack of gender diversity among senior management positions in the maritime industry, a new report has shown.

The Lloyd’s List Podcast: The US has issued global industry guidance that details best practices to detect deceptive shipping. It means the international maritime industry will remain in the crosshairs of sanctions enforcement no matter who wins the US presidential election in November. On the podcast to dissect the implications are Lloyd’s List editor Richard Meade, markets editor Michelle Wiese Bockmann and our resident tiger at the throat of the insurance industry — David Osler.

Retrofitting existing technologies would be a cost-effective way of reducing shipping’s carbon footprint, a Danish report suggests. The pandemic has pushed sustainable fuels further into the future, writes Richard Clayton.


Containerised freight rates have continued to show strength, despite declining volumes as carrier efforts to manage capacity pay off.


The health of 200,000 seafarers stuck at sea, as a result of health crisis lockdowns, is being put at risk unless measures are introduced urgently to allow crew changes, according to a co-ordinated appeal by shipowners and trade unions to the United Nations.

In further signs of coronavirus-related knock-on effects on the tanker market, Saudi Aramco shipping unit Bahri has reportedly held back plans to charter up to 12 liquefied natural gas carriers.

Thailand has approved the award of the first liquefied natural gas import licence to a private sector player as it steps up efforts to liberalise trading of the supercooled fuel.