Free to read: Ardent to be wound down after ruling out new contracts | D’Amico chief eyes sale of older tonnage | Scorpio Bulkers says asset values now at the bottom | Seafarers kidnapped in Gulf of Guinea attacks 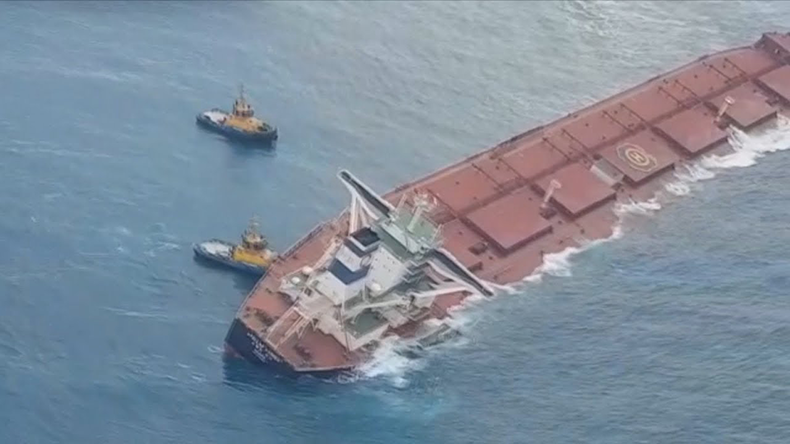 
Ardent, the leading Netherlands-based salvor and wreck removal company, is being wound after the company said that it will no longer enter into new contracts.

D’Amico International Shipping is looking to sell its older tonnage despite coronavirus lockdowns that are making transactions more challenging.

Scorpio Bulkers, a US-listed owner and operator, has said that the state of the current dry bulk market is attracting cash buyers.

A series of pirate attacks on vessels in the Gulf of Guinea over the weekend has resulted in the abduction of five crew members from two separate vessels and one very large crude carrier making a lucky escape due to the timely arrival of the authorities, according to Lloyd’s List Intelligence.

The Panama Canal Authority is exploring the idea of establishing direct relationships with cargo interests rather than channelling all communications through shipping companies.


US container ports are likely to see double digit year-on-year declines in imports this spring and summer due to the persistent economic effects of the global coronavirus pandemic, according to US retail experts.

Small niche container shipping lines have been hit the hardest by the coronavirus shockwave, having sustained a worse fleet scale-down than their larger rivals.

The capesize bulker market continued with its downward trajectory last week as limited longhaul cargo from Brazil and an ample supply of vessels weigh down rates on all the benchmark routes.


The UK shipping industry has urged the British government to clarify quarantine exemptions for seafarers following the release of a new national strategy to begin lifting coronavirus restrictions.

The owner of a containership that rescued 79 migrants in the Mediterranean last week has called for states to allow port access in rescues, after a stand-off between Malta and Italy ended on Saturday with the migrants disembarking at Sicily.

Lloyd’s Register has responded to industry demand for remote services by unveiling a global team of “remote survey champions”.

While Malaysian tanker owner MISC has, like many others in the sector, benefited from the recent surge in rates, it has warned that prospects for the second half of the year are “highly uncertain”.

Kawasaki Kisen Kaisha has reported a surplus for the 2019 fiscal year, but said it is unable to give a forecast for the next 12 months because of uncertainties from the coronavirus outbreak.

Port of Oakland said it will allow three Norwegian Cruise Lines ships to moor in the port following the recent extension of the US government's no-sail order on cruise operations due to the coronavirus outbreak.

Iran has said 19 sailors were killed in a ‘friendly fire’ incident involving two of its naval vessels in the Gulf of Oman, Reuters reported, citing government sources.