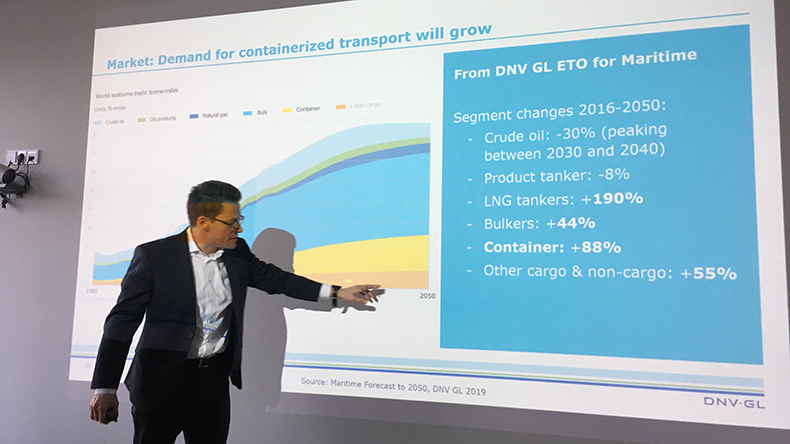 
Liquefied natural gas and containerised trade are the biggest long-term winners under classification society DNV GL’s analysis of seaborne trade through to 2050.

A group of shipbuilding nations under the Organisation for Economic Co-operation and Development have failed to introduce a new competition regime after South Korea voted against it.


Anti-trust pressure is unlikely to deter a South Korean mega merger, while China may see further consolidation among its state-owned shipbuilders.


US oil refineries will be allowed to distribute and sell shipowners marine fuels with a sulphur content of up to 0.5% instead of only 0.1% after a change in regulations by the country’s energy regulators.

A falling trade-to-GDP ratio because of slowing globalisation and increasing protectionist measures looks set to affect container shipping demand for years to come, according to BIMCO.


Navios-owned tanker Nave Constellation is on the move with a new crew on board, but its kidnapped seafarers are still under the control of ‘a criminal gang’.

One of several liquefied natural gas terminal projects in the Philippines has been put on ice after Phoenix Petroleum Philippines and China National Offshore Oil Corp Gas and Power Group, the partners in the Tanglawan LNG project, asked the Department of Energy to suspend its proposal, local media reported.

Switzerland is suing Nigeria at the Hamburg-based International Tribunal for the Law of the Sea, seeking the return of an ABC Maritime-managed tanker that has been held in the African country for almost two years.

B Denmark P&I, Britannia’s exclusive correspondent in Denmark, will become a full branch office of the International Group affiliate from January 1.

CMA CGM is setting up a new sustainability division and has hired Guilhem Isaac Georges to lead it.

Capital Product Partners has agreed to acquire three containerships that begins a promised move to rebuild its fleet after spinning off its tanker fleet into Diamond S Shipping earlier this year.

Families of the victims of the Sanchi tanker casualty in January 2018 have filed a lawsuit against the National Iranian Tanker Co in the US.