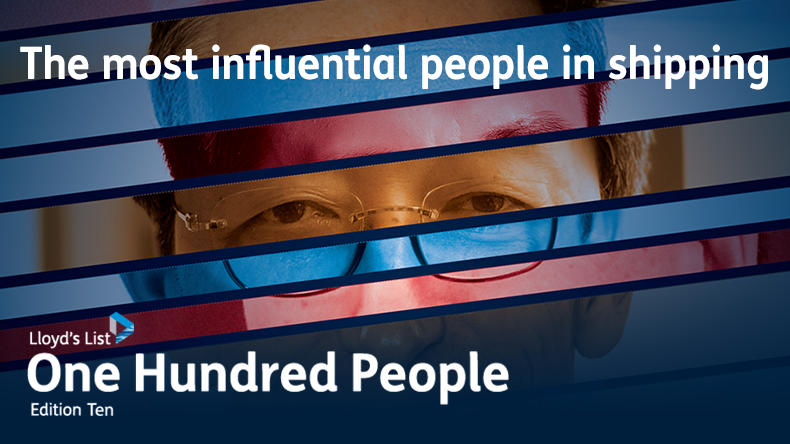 
The Top 100: a tale of tension, transition and trade wars. Shipping has been making front-page news in 2019, with oil tankers being attacked or detained, the Sino-US trade war rumbling on, the economic crisis in Venezuela and uncertainties surrounding Brexit being among the hottest topics. In the Lloyd's List Top 100 People, we look at who has been front and centre of these stories, who has driven change, broken boundaries, inspired and influenced their peers.


Shipping industry observers are cautious about a possible US-China trade deal that could brighten the outlook for shipping demand. News reports said on Thursday that Washington and Beijing were close to signing a limited trade agreement after the long drawn-out battle to make China trade on a level playing field with the US.


Ocean freight spot prices are showing signs of rebounding following a post-peak dip, with several lanes seeing freight rates surpassing their November highs. This is attributable to changes on both the supply and demand side.

Increasing US crude oil exports and sanctions against Iranian crude oil sales have contributed to a significant shift in the waterborne oil trade through the Suez Canal, according to the US Energy Information Administration.

Trafigura, a global commodities trader, has said inefficiencies in the bunker delivery system will support freight.


Leading interests in the UK maritime sector are warning the country’s new government there is work to do to help seafarers, ports and the wider industry.

Biofuels could play some role in shipping’s decarbonisation, but any such contribution would be primarily in the shorter term, according to a new report.

Andy Tung is stepping down as the co-chief executive for Orient Overseas Container Line, a role he has assumed since July 2018, after the carrier was taken over by its bigger rival Cosco Shipping.

Mediterranean Shipping Co has hit back at claims that it is among the largest polluters in Europe, saying the analysis was incomplete.

An abducted seafarer has died while being held hostage and three of their fellow crew members have been released.