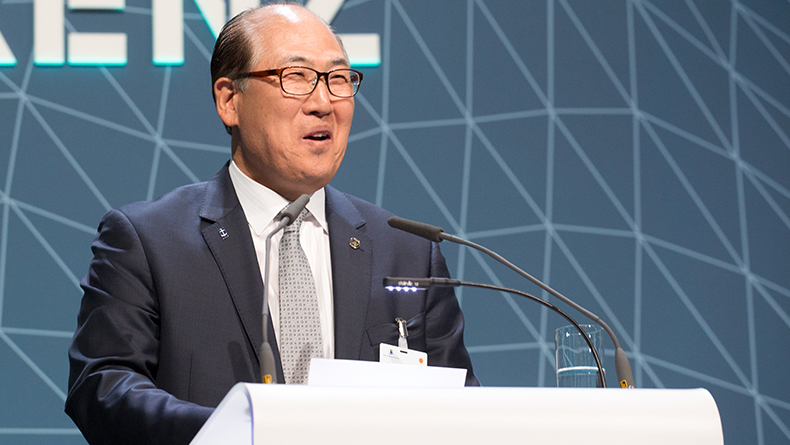 
The International Maritime Organization has warned against the disruption of global decarbonisation progress, in response to the European Commission’s push to regulate shipping emissions.

Shipowners or charterers who call at Baltic port of Ventspils risk breaching US sanctions after January 8, according to legal advice from West P&I. Ventspils Freeport Authority was one of the four entities listed as owned or controlled by Lativan oligarch Aivars Lembergs, blacklisted by the US Office of Foreign Assets and Control on Monday.

US private equity firm Cross Ocean Partners is acquiring ship loans that are in default for about half their original value in the hope that the investment will either be recouped either through ship sales or from lenders improving their debt servicing performance.

The International Salvage Union is reshaping itself to offer up risk foresight for those in the shipping industry as well as its traditional role of picking up the pieces, writes Michael Grey.


US oil producers and refiners will see substantial financial benefit from the coming implementation of IMO 2020, a senior administration official has told senators in a recent hearing in Washington DC.


The market for midsize LPG carriers has endured meagre times since Byzantine last ordered at Hyundai Mipo, but lately it has been regaining some of the ground lost since then, perhaps encouraging the company’s latest move.

The US government has announced sanctions on two Iranian shipping firms and its owner in an attempt to stop the development and proliferation of weapons of mass destruction.

The 2.5m tonnes per annum Elba LNG operation has joined several other projects that have started pumping the supercooled fuel for exports to Europe or Asia. This ramp-up in LNG exports from the US has supported shipping rates in the Atlantic over the Pacific basin.

Epic Crude Holdings has exported its first shipment of crude oil from its IGC Terminal, a newly converted grain dock in Corpus Christi, Texas, with a second vessel due for loading later this week.

The larger Robert Kuok business group has amassed enough shares to press on with POSH privatisation on the closure of its buyout offer. This marks the second delisting of a maritime player anchored by the Kuok Group from the Singapore Exchange.