The 2017 embargo of Qatar by neighbouring states continues to affect Qatar. But the country is fighting back with ambitious goals to become a regional hub.

Greece’s shipping minister has made a high-profile appeal to governments and the IMO to consider postponing the 2020 sulphur cap implementation.


Vietnam has seen increasing numbers of transpacific calls this year, but consultant Drewry thinks it will be a long time before the Southeast Asian nation makes up for lost cargoes from China. 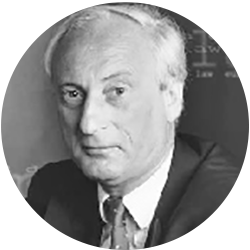 The EU Commission decision to prolong the Consortia BER through to 2024 ignores developments in big data and business intelligence and analytics systems, which have fundamentally changed the conditions of competition, writes August Braakman, a Rotterdam-based Dutch lawyer specialising in Dutch and European competition law.


Qatar plans to boost the liquefied natural gas production capacity at its North Field by 64% during the next seven years despite many other new LNG developments around the world, potentially depressing prices.


Two core publicly listed companies of Navios Group are adding five ships apiece to their owned fleets as the Angeliki Frangou-led group moves to cash in on Navios Europe I, which is being liquidated.

Japan’s NYK Line and Indonesia’s state-owned Pertamina are looking to jointly own and manage a fleet of liquefied natural gas carriers.

A claim that the American Club conspired with Greek shipowner brothers Stathis and George Gourdomichalis to abandon a vessel rather than face a substantial claim is groundless and will be vigorously contested, the marine mutual’s head Joe Hughes has said.

Trading house Gunvor is looking to double the volume of cargoes it will take from the planned Commonwealth liquefied natural gas export project in the US state of Louisiana.

Paradip port on the east coast of India has launched a new iron ore terminal with a capacity of 18m tonnes per annum.

Representatives of shippers in the Netherlands have called for an end to secret agreements between container lines.