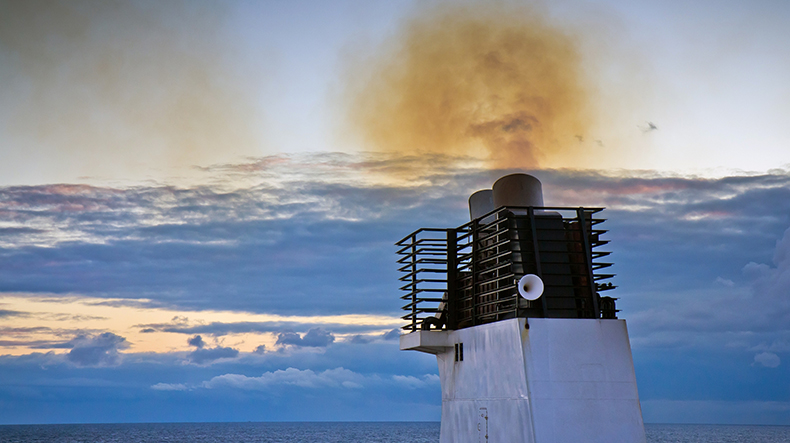 
With the International Maritime Organization sulphur cap approaching and with the vast majority of shipowners opting against the use of exhaust gas scrubbers, we could be about to find out if lower-sulphur fuel oil is good for ship engines.


Emission control regulations have forced container lines to consider LNG as an alternative to scrubbers and low-sulphur fuel, with several carriers mulling conversions and newbuildings.

Leaving the purchase of an exhaust gas scrubber until the last possible moment is leaving some shipowners finding that just a few months after installation corrosion is a major issue, water is leaking all over the place and there are even fires breaking out, writes Michael Grey.


Both of the energy shipping arms owned by Cosco Shipping and China Merchants reported better performance in the third quarter. But the former’s prospects are overshadowed by the US sanctions on part of its tanker fleet.


Cyprus’ Desipna Theodosiou has been re-elected as president of Women's International Shipping & Trading Association International for another two years.

Singapore-based Grindrod Shipping has entered into a sale-and-leaseback deal for a bulker, its third in recent weeks.

Ocean Network Express has made a big turnaround in its bottom line, as expected, as the Singapore-based carrier has got back on its feet from the earlier start-up troubles.

MOL, NYK and K Line all pointed to the normalisation of the liner business for their better results. However, weak results in the dry bulk segments offset by better performances in the tanker segments put a cap on overall performance.

The Hong Kong Seaport Alliance has reorganised and streamlined the port’s processes and infrastructure through the use of a terminal-neutral model and standardisation of operations policy.

Hafnia, the product tanker company planning to list on the Oslo Stock Exchange next month, is to offer up to $345m worth of company shares through a private placement.

The choice of London as host city for the Global Maritime Forum's 2020 gathering will be a bonus for the UK as it seeks to maintain its position as one of the world's leading maritime nations.

Hapag-Lloyd is adding an additional surcharge to spot rates in order to cover the transitional costs of transferring to using low-sulphur fuels ahead of the introduction of International Maritime Organization regulations in January.