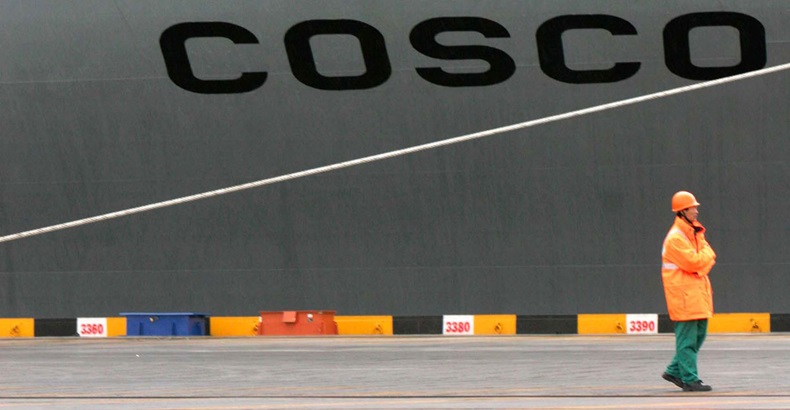 
THE US has imposed sanctions on subsidiaries of Chinese shipping giant Cosco for breaching sanctions on Iran.

Rodolphe Saadé says the launch of a new LNG-powered vessel is a major milestone in shipping’s energy transition and efforts against climate change. He hopes other shipping lines will follow suit.


Both the dry bulk and tanker markets should experience a rebalancing of supply and demand fundamentals due to limited newbuild orders and increased scrapping, which should help the segments to achieve better freight rates in the coming year.

Arctic shipping poses environmental, health and safety risks to the surrounding ecosystem, according to a UN report that warns of rapidly rising sea levels and melting ice.


China’s Golden Week may well be fast approaching, but charter rates continued to climb through September, suggesting much-needed resilience as the peak season draws to a close. A lack of availability for larger tonnage helped to lift activity in the mid-sized ranges, where even the classic panamax was in demand.

Trade tariffs imposed by President Donald Trump were intended to impede the flow of China’s exports into the US, but they are clearly not working.


Iran has yet to release the UK-flagged Stena Impero even though the tanker has been cleared to leave port, its Swedish owner said.

Malaysia’s MISC and Japan’s NYK and Mitsubishi have agreed to co-own two LNG vessels that will primarily serve the LNG Canada export facility.

NYK is keeping up its green ambitions with the order of the world’s largest liquefied natural gas-fuelled pure car and truck carrier.

Samsung Heavy Industries’ woes continue to mount, with the troubles of others in the embattled offshore sector taking its toll as Transocean bailed out of two massive drillship contracts.

The US has imposed sanctions on four more companies linked to oil trades between Venezuela and Cuba.

BIMCO chief executive Angus Frew will step down from the world’s largest shipping association in mid-2020 after seven years at the helm.