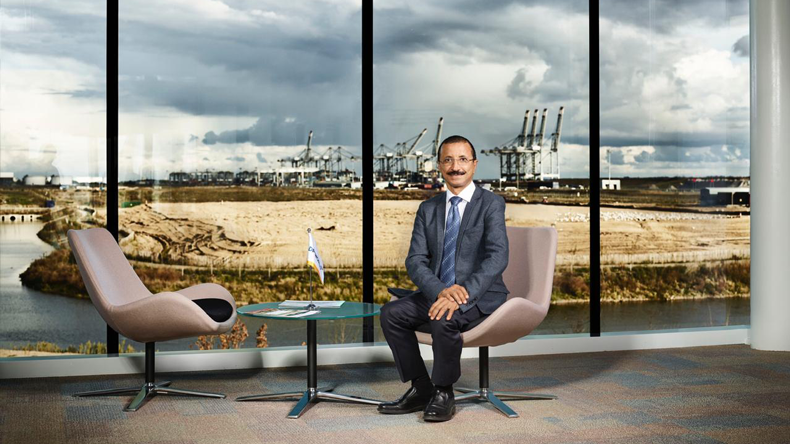 
EXCLUSIVE: DP WORLD is potentially eyeing a second offshore supply vessel owner-operator just two months after buying out Topaz Energy and Marine for $1.08bn — a move that would significantly extend its reach in the OSV market. Lloyd’s List understands that the Dubai-based port operator is one of six white knights initially identified as potential purchasers of the embattled Singapore-based Miclyn Express Offshore.

The shipping industry must do more to tackle boxship fires, with major blazes on the vessel type occurring every 60 days, a salvage master has told the International Union of Marine Insurance conference. ‘Large casualties need assistance, they cannot be out at sea for a long time, and we’ve all seen that,’ said Jeroen Mooij.

The reefer industry is bracing for a looming equipment shortage. Already tight supply is about to meet the demand shock from China’s sudden need to import pork as a result of the current African swine fever outbreak, and this will prove the tipping point. Reefer equipment supply is being squeezed as ocean carriers begin to reposition containers ahead of the perishables trade’s peak season. Read our essential despatch from Cool Logistics Conference in Valencia.

Viewpoint: Stability before speed. It is not just car carrier officers who find themselves being treated like truck drivers upon arrival in port. It remains the legal responsibility of the master to keep a ship safe, but the tools which the master requires to undertake this job are in the hands of shoreside terminal staff, argues our regular columnist Michael Grey.

The mini VLCC spike in the wake of the Saudi attacks has already fizzled out, but the market is still set to benefit from the oil supply disruption in the short and medium term because of increased risk premium resulting in higher freight rates for owners. There is also a possibility of additional tonne-miles if Asian buyers scramble for other sources.

Container carriers, post-consolidation, are better placed to respond to any slowdown in demand. They have displayed discipline in managing blank sailings, which have contributed to narrowing spreads in shipping rates, says Seaintelligence. The industry has gained the required agility to mitigate unfavourable macroeconomic events such as the US-China trade spat.

In what appears to be a revamp of its Yangtze River Delta portfolio, Cosco Shipping Ports is also looking to sell a container terminal at Taicang and the Jiangsu Petrochemical Terminal.

After extending its option to buy four suezmaxes from Trafigura, Frontline decided the first 10 vessels were sufficient. Its focus now seems to have shifted to the very large crude carrier market.

The long-awaited ISO specification on 0.5% sulphur fuels has arrived. But the focus is on explaining that as a matter of fact nothing really changes and that standards for the 3.5% fuels apply to the 0.5% fuels as well.

Peel Ports’ chief operating officer Patrick Walters has left the port operator after five years in his role. The decision was taken a couple of months ago, Mr Walters told Lloyd’s List, but had only been announced internally until now.

The Containerization and Intermodal Institute has presented a Lifetime Achievement award to Chris Lytle, following his 53-year career in the maritime industry, including service as director of the Port of Oakland and also the Port of Long Beach.