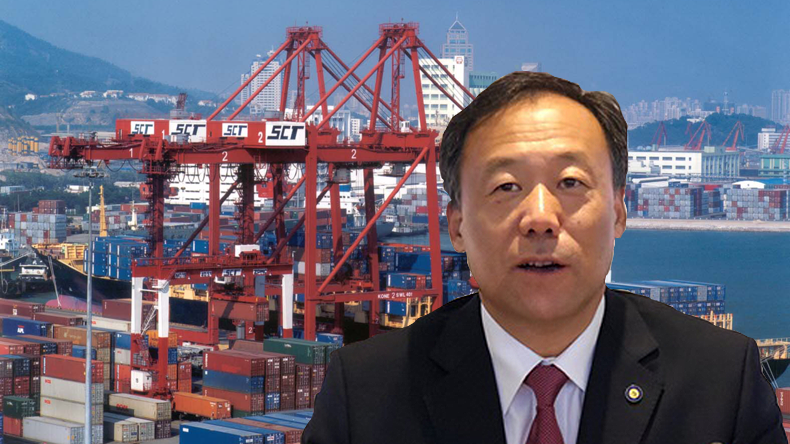 The European Union is set to co-ordinate merchant vessel protection activities in the Gulf of Guinea, with ultimate roll-out to the Strait of Hormuz not excluded.

The Lloyd’s List Podcast: As London International Shipping Week approaches, along with the increasing likelihood of a no-deal Brexit, we are joined by UK Major Ports Group chief executive Tim Morris on this week’s Podcast to discuss what lies beyond Brexit for the UK port sector and how to build a ‘strong port’, indeed a strong maritime sector, sufficiently resilient to withstand the mega trends from here to 2050.


The crew of an APL containership failed to follow international safety rules when it was involved in a fatal collision with a fishing vessel in the East China Sea, a report has found.

Shipping is more ‘public-facing’ and accountable than it ever has been. Understanding how to unlock the power of brand and reputation through marketing and PR is now vital to any maritime organisation, large or small, writes Amie Pascoe, director at corporate communications consultancy BLUE.


Peak season demand coupled with a scrubber-fitting-led tonnage supply constraint could give a fillip to tanker shipping in the second half of 2019, according to Cosco Shipping Energy Transport.

Hafnia, which bought out BW Tankers earlier in the year, is betting on tailwinds boosting the product tanker market in the coming quarters. It hopes to capture the benefits with its enlarged fleet.


An Iranian oil tanker released by Gibraltar earlier this month is in waters south of Turkey and headed for Lebanon, according to reports.

Sembcorp Marine has secured a contract to work on a floating production storage and offloading design solution for the Cambo field in the UK Continental Shelf.

Songa Container has implemented a fuel profit-sharing scrubber clause into its time charter agreements with its container line customers.

The UK government is providing £30m ($36.5m) in emergency funding for ports infrastructure as part of the country’s preparations for leaving the European Union.