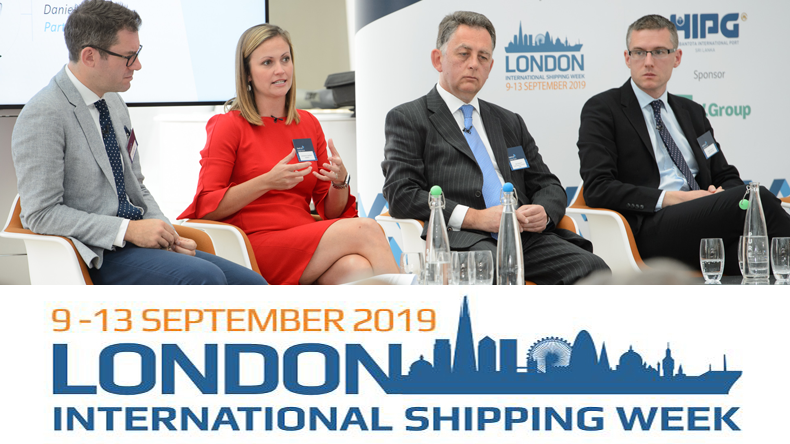 
Governments need to do more to help the shipping industry comply with sanctions, despite technological gains that have increased transparency in the sector, according to a leading marine insurance expert.

Shared opinions of the benefits that blockchain will bring to shipping were on display at the Lloyd’s List’s Forum on the opening day of London International Shipping Week.

The Lloyd’s List Transparency in Shipping Forum — Listen Live. We kicked off London International Shipping Week with an expert exploration of transparency in shipping, from sanctions risk mitigation to the technology pitfalls of opening up data sharing. You can listen to both panel discussions here.

The idea of developing freeports in the UK has been given a boost by the establishment of the Freeports Advisory Panel, which recently held its first meeting.

Mounting delays at shipyards to retrofit scrubbers on vessels will keep at least 40 to 50 tankers off-hire for the remainder of the year, research consultancy Alphatanker said in its weekly newsletter.


The development of low-carbon shipping technology should be a priority as the shipping industry prepares for the International Maritime Organization’s greenhouse gas targets, according to environment manager at Intertanko, Elfian Harun.

The Lloyd’s List Podcast: LISW Day 1 — Red flags in a sea of transparency. In the first of our daily series of London International Shipping Week Podcasts, editor Richard Meade dissects the current sanctions risk facing shipping with the help of tanker tracker-in-chief Michelle Wiese Bockmann and input from the panel of experts pulled together to talk at Lloyd’s List’s Transparency in Shipping Forum.

The South Asia, Middle East and Africa region could see trade expansion through port infrastructure investment. The Lloyd’s List Smart Ports Forum, to be held in Dubai on November 20, will consider if smart ports are the future of regional growth, writes Richard Clayton.


Oil refineries globally have undergone record levels of turnarounds and extensive upgrading as they gear up to supply fuels compliant with the mandatory low-suphur transition imposed on international shipping.

Petronas-owned, tanker owner and operator MISC does not view the mandatory low-sulphur transition for international shipping as “a big shift’ for its vessel operations, said MISC board member Mohd Yusri Bin Mohamed Yusof during a panel session at the 35th Annual Asia Pacific Petroleum Conference.


China Merchants Port Group has approved an investment plan that will help extend its reach to the container feeder services segment through a bail out of distressed domestic carrier Antong Holdings.

The plight of the Stena Impero and the threats seafarers face in general from political and trade conflicts must not be forgotten, says a global seafarers’ charity.

The UK needs a “shipping czar” to attract more shipowners and international charterers, according to Maritime London, which has set out 36 recommendations to boost the collective contribution of marine insurance, shipbroking, legal, finance and classification services.

State-owned China Cosco Shipping Corp has appointed Fu Gangfeng as president, filling a role that has been unoccupied since the end of 2017.

Tsakos Energy Navigation has confirmed an order for up to two new liquefied natural gas carriers as it eked out a small second-quarter profit with the help of a chartering strategy that easily outpaced the spot market.

CMA CGM’s cost-cutting efforts have begun to pay off, with the French carrier reporting a $51 per teu decrease in transport costs in the second quarter.