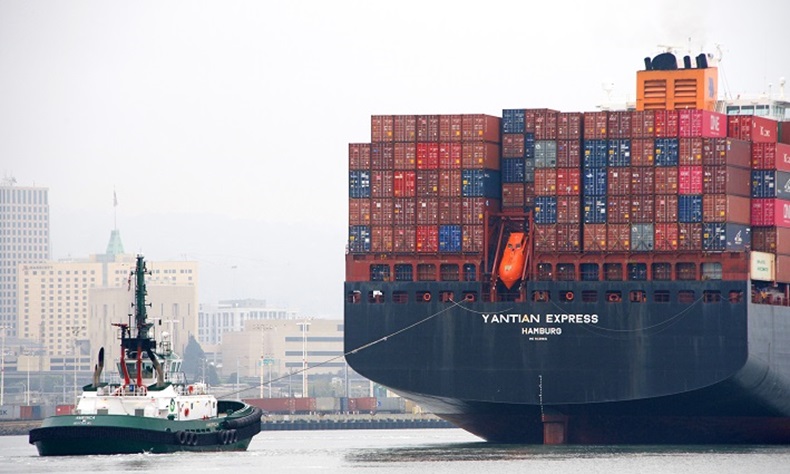 
Big name box carriers including Maersk Line, Hapag-Lloyd, Hyundai Merchant Marine and OOCL are cracking down on the misdeclaration of hazardous cargoes, which many people suspect are behind a number of containership fires in recent months, issuing fines to perpetrators.

Yangzijiang Shipbuilding requested a halt of stock trading to the Singapore Exchange, after its shares abruptly slumped on Thursday amid speculation that chairman Ren Yunlin is involved in an anti-graft probe into a local high-ranking official.

Correction: Ships have not exited UK flag: On August 7 Lloyd’s List reported that eight tankers and one bulk carrier had left the UK Ship Register in the past three weeks amid growing security concerns in the Middle East Gulf. Several of the details in this report were incorrect. The vessels reported to have left the UK flag had exited flags that form part of the Red Ensign Group — a group of British Shipping Registers. However, none of the vessels in question were flagged in the UK Ship Register.

The Royal Navy has rather looked down on ‘light forces’, preferring to splurge what it can wring out of the government on very expensive ‘state of the art’ warships and ignoring some of the spectacular designs other navies were buying. This has left it short of light armoured craft suited for protecting vessels in the Middle East Gulf, writes Michael Grey.


Market participants flocking to the Singapore Exchange to hedge against iron ore price volatility have driven interest in derivatives trades to a new high.

P&O Cruises has pulled its Bermuda-flagged cruiseship Oceana from a scheduled winter itinerary in Dubai and the Gulf, citing advice from unnamed external authorities in the light of developments in the Strait of Hormuz.

CMB yesterday revealed its expansive investment in hydrogen technology that sees the Belgium-based shipowner lead the design and development of hydrogen-fuelled engines, as well as construct the first ships using the lower- or zero-emission technology.

The US Maritime Administration warns of ‘spoofed bridge-to-bridge’ communications from ‘unknown entities falsely claiming to be US or coalition warships’. Despite not naming Iran as the source, Marad's advisory listed six incidents since May attributed to the country.

CMB Financial Leasing is one of the financiers backing the $1bn worth of containership orders placed by CMA CGM in China recently, a shipbuilder involved in the deal has confirmed.

Nine pure shipping and offshore mergers and acquisitions have occurred in the year to date, with the marquee deals including Songa Bulk’s lash-up with Axxis Geo solutions, Zeaborn’s takeover of CPO Tankers, and moves on Anadarko and Topaz Energy and Marine by Occidental Petroleum and DP World respectively.

Euronav expects a market recovery later in the year after the crude tanker owner cut its first-half loss to $19m from $52m a year earlier, as spot rates improved year on year.

Star Bulk Carriers has reported a $40.2m net loss for the second quarter of 2019, as falling freight rates added to a $30m impairment to the value of its fleet.

Kathy Metcalf, president and chief executive of the Chamber of Shipping of America, has been selected by Lloyd’s List’s awards judges to receive recognition for Lifetime Achievement.

Genco's second-quarter loss grew versus the year-earlier period as weak rates hit the dry bulk market, while the US-based company has embarked on its scrubber-fitting programme.