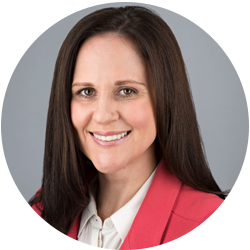 Helen plays a key role in developing new products and content across Lloyd's List. She works to improve integration of product offerings across the Informa Business Intelligence vertical including Informa Law and Insurance Day.

Helen manages a team of international journalists and editors in more than six countries and co-ordinates content from around the globe.

She has been interviewed for live television and radio as a Lloyd’s List shipping analyst.

Prior to joining Informa Helen worked as a broadcast and print journalist and editor at a number of well-known UK news organisations including The Guardian, The Telegraph and Trinity Mirror. She has worked as a UK stringer for US radio station Free Speech Radio News.  She has also spent time with Guinness World Records, and lifestyle and fitness magazine Zest.

Helen is a native of Australia and hails from the ‘outback’ town of Darwin. She is a member of the National Union of Journalists and the Authors' Licensing and Collecting Society. She knocks a ball about at Conway Tennis Club and is a keen, if somewhat lapsed, cyclist and runner.

As the UK government struggles to defend the collapse of its £13.8m post-Brexit contingency contract with Seaborne Freight, it has emerged that attempts to shore up ferry port infrastructure with cheap loans have so far resulted in no ports taking up the offer