Technology leaders had to rethink their business strategies during the pandemic. They should emerge leaner but fitter for the challenges ahead 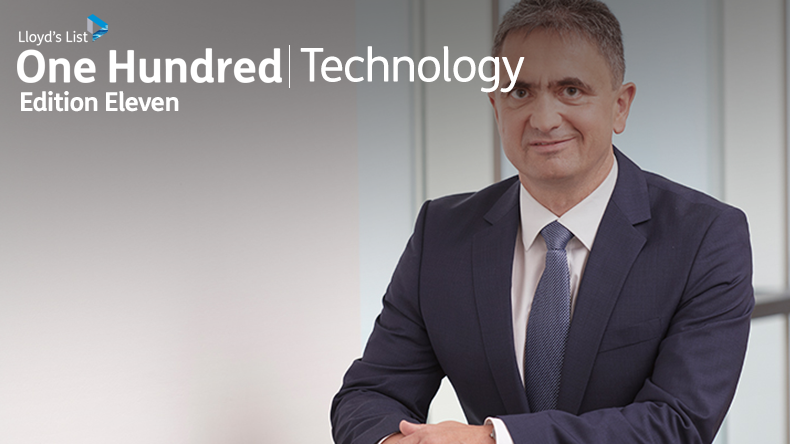 Lauber: realigning the business for growth.

MAN Energy Solutions responded to tough economic conditions by expediting its transition from a manufacturer of main engines to a provider of marine technology solutions.

Chief executive Uwe Lauber cautioned that it might be three years before a return to pre-pandemic business levels.

The company joined industry stakeholders in 2020 in setting up the Maersk Mc-Kinney Moller Center for Zero Carbon Shipping, a move aligned with corporate strategy.

MAN-ES took leadership of a consortium to develop a two-stroke, ammonia-fuelled engine for shipping. The project will develop the engine in 2024. It follows work on engines driven by methanol, ethane and liquefied petroleum gas.

The company has seen “unprecedented levels” of service inquiries and uptake during 2020, especially for remote monitoring and diagnostics.

In November 2020, it signed  a contract to supply the largest and most powerful Azipod propulsion units for six newbuilding liquefied natural gas carriers from Daewoo Shipbuilding. This followed contracts for battery technology in shuttle tankers, hybrid propulsion for ferries, and a partnership with Hydrogène de France for fuel cell technology for deepsea ships.

The Switzerland-headquartered subsidiary of China State Shipbuilding Corp released the dual-fuel, low-speed X92DF engine in 2020, the world’s biggest of its kind for large and ultra large container vessels. The propulsion system has been designed to run on LNG in addition to conventional heavy fuel oil and diesel oil.

It also unveiled iCER (Intelligent Control by Exhaust Recycling) technology to cut methane slip emissions by 50% when using LNG in an X-DF engine, while cutting fuel consumption by 3%-5%.

The company believes “the internal combustion engine, as the main source of propulsion power for merchant shipping, will continue to play a major role beyond 2050”.

The health crisis generated a significant rise in demand for connectivity, mainly for crew welfare and vessel performance solutions. The mobile satellite communications provider responded by cutting the cost of voice calling for 40,000 ships.

In mid-year, the company began working with a crew healthcare specialist and a software platform provider to provide a free video call service for more than 1,000 ships.

Among seven new satellites scheduled for launch in 2023-2024 will be the first high throughput satellites dedicated to the Arctic region.

Agreement was also reached in 2020 on taking over Speedcast’s primary Fleet Xpress, FleetBroadband and Fleet One service contracts.

Wärtsilä split its marine business into three divisions in 2020, focusing on power, systems and voyage (navigation, vessel operations, training). Each division has its own leader.

In response, Wärtsilä will offer a ‘total solution’, rather than single pieces of equipment.

Kongsberg Maritime responded to the collapse of the offshore sector in 2014 by a strategy of diversification. This paid off as the coronavirus outbreak dampened investment decisions in 2020.

However, Kongsberg has a solid orderbook for smart data and analytics, remote control, electrification and energy storage solutions for the newbuilding and retrofit markets in merchant, fishery and offshore sectors.

Among successes are innovative propulsion and manoeuvring systems for Finnish ferries; draught and trim optimisation software for an oil major; and a health management system for engines and other machinery.

Rolls-Royce Commercial Marine has now been fully integrated into the business.

In the search for zero-carbon fuels, the approval given by Korean Register and Liberian Registry to the design of a large commercial liquefied hydrogen carrier is a major step forward.

Gas will be reduced to 1/800, then liquefied at -253 degrees Celsius. This requires advanced cryogenic technology to preserve it.

The design is for a 20,000 cu m vessel. KSOE developed the treatment system, with the basic design by Hyundai Mipo.

METIS was set up in Athens in 2016 to bring machine learning and artificial intelligence to vessel-generated data.

Jotun’s innovative HullSkater robotic technology was launched early in 2020. The robot is controlled via a 4G connection, removing biofouling and inspecting ships’ hulls in line with vessel schedules and data analytics.

The technology, which was developed with Kongsberg, will increase vessel performance and reduce emissions.

The first commercial contract was signed by MSC for its 14,000 teu MSC Eva. HullSkater will maintain an always-clean hull.

Fouling increases downtime for inspection and cleaning, increases fuel cost and emissions and might risk speed claims for ships operating under time charters. Keeping the coating free from fouling will become part of the decarbonisation agenda.

Olympic gold medal-winning yachtsman Sir Ben Ainslie is the driving force behind a reboot of sail technology for commercial marine.

BAR Technologies’ WindWings — large, solid wing sails up to 45 metres in height, fitted to the deck of bulk vessels — is an extension of yacht racing and Formula 1 racing. It has received the backing of Cargill’s head of ocean transport, Jan Dieleman.

The company claims that harnessing wind power would reduce a ship’s CO2 emissions by as much as 30%. First vessels are expected to be on the water by 2022.

Lloyd’s List’s top 10 for the various shipping sectors will be published daily in the lead up to One Hundred People 2020 — our annual ranking of the industry’s most influential players, which will be revealed on Friday December 11