Initial plans to lead with up to six orders have been scaled back, but Cargill ocean transportation president Jan Dieleman says scaled zero-carbon orders must be made, not just talked about 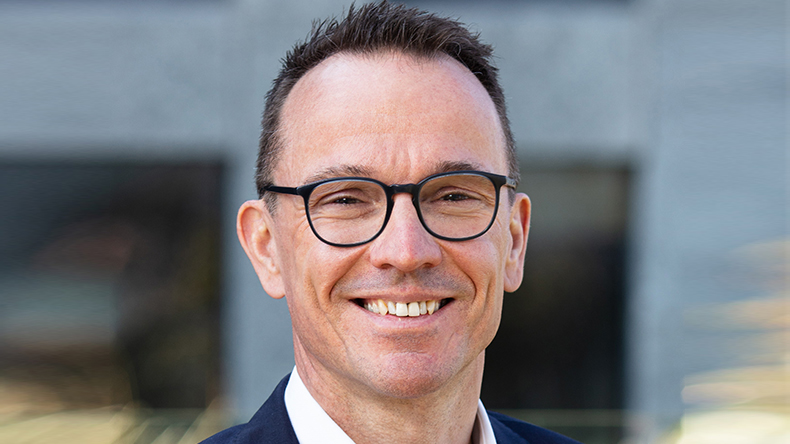 Dieleman: “Waiting doesn’t work. We still don’t know a lot of what will happen, but this order is needed."

The order for an initial series of two kamsarmaxes was signed last month with the first ship scheduled to be delivered by the end of 2025 and the second by early 2026.

While the landmark order has been placed with the intention of kickstarting a wider programme of methanol-fuelled ships in the bulker sector, the deal is smaller than initially planned.

Cargill had been planning to plump for an initial series of between four to six kamsarmaxes in order to send a strong signal to the market that methanol orders were a viable option for the dry bulk sector, which so far has eschewed the trend for methanol seen in recent container orders.

As chair of the Global Maritime Forum, Mr Dieleman has pursued a pacy programme of sustainability and progressive reform, even as economic headwinds may have given others pause for thought

According to Cargill Ocean Transportation president Jan Dieleman, the scaled back ambition reflected current market conditions and yard prices rather than any wider concerns regarding the future viability of methanol supply. Further orders are expected to follow once Cargill has had the opportunity to assess the market response to the initial tranche.

“This was the deal that made most sense to us right now,” he told Lloyd’s List. “If you look at asset prices versus forward curves and all the uncertainties around at the moment, we just felt it was prudent to start with two, but we still have the ambition to make this a bigger programme as we go.”

Commercial details of the order, which has been under discussion for several months, have not been released. However, Lloyd’s List understands that the Japanese designs came with a 15% premium on a standard kasarmax newbuilding and the deal with Mitsui came with a fixed price for an unspecified long-term charter.

“We’re the first movers so you’re going to pay a little bit more,” said Mr Dieleman. “But this was about working with the right partners on a project who view this as a part of a strategic shift.”

Cargill has a long-established partnership with Mitsui on sustainability projects, most recently partnership with Maersk Tankers on the Njord platform, which aims to accelerate cost-effective and industry-wide greenhouse gas reductions. The decision to order in Japan was also based on established strategic partnerships.

“Tsuneishi did everything they could to make it work because they also don't want to just build these two ships — they want to this to become kind of the new type of ship that they're going to build going forward with multiple partners,” said Mr Dieleman.

The initial tender considered several designs from Chinese yards, but Cargill has not ruled out returning to China for the next series of methanol-fuelled orders it insists are coming.

Availability of yard slots was a limiting factor in the negotiations and Cargill was up against competing deals in the container sector, where methanol-fuelled orders are rapidly increasing. Licensing on the methanol engine designs in China also remains “difficult”, according to Cargill.

Methanol was the second-most popular alternative fuel choice for newbuildings ordered in 2022 after liquefied natural gas, according to class society DNV’s monthly analysis of alternative fuels. LNG comprised 9.7% of ships on order and methanol 1.1%.

While the potential for methanol-fuelled tankers and bulk carriers has long been discussed, the bulker sector in particular has been reluctant to place orders in the absence of any clear guarantees on fuel availability.

Mining giant Vale last year launched a request for proposals for contracts of affreightment for a new generation of its Guaibamax vessels that will be methanol dual-fuelled, and several other mining companies have been talking up future prospects of methanol, but as yet no firm timelines have been attached to any projects.

Cargill argues that this initial order represents an end to the “chicken and egg” debate, at least internally, and the intention is that it should be seen as a signal to the rest of the market that low- and zero-carbon fuel orders are possible across all sectors.

“Waiting doesn’t work,” said Mr Dieleman. “We still don’t know a lot of what will happen, but we asked ourselves: ‘Do we think there will be people prepared to pay a green premium to make this happen? And do we think there will be fuels available over time?’ And, of course, the answer is: ‘Yes, so let’s not hold back, let’s do something’ — and that’s been a quite liberating process for us.”

No firm deals have been arranged to secure methanol supplies for the two kamsarmaxes which are likely to be deployed on trades within the European Emission Trading System and ideally in a sector where carbon pricing is already factored in, such as European steel or alumina.

Maersk has 19 methanol-fuelled ships on order. While it has supply plans in place for those, it will need more as it seeks to renew its fleet

Initial discussions with Maersk over methanol supply have already happened. However, Mr Dieleman says that they are still in the early stages of sourcing supply, which may end up being an internal deal.

“Being an agricultural company, we might be able to supply some of these fuels directly or indirectly, ourselves — there are certain avenues that we are exploring,” he said, adding that this was an initial foray into methanol with many questions yet to be answered, but said he was no longer prepared to wait for everything to be aligned.

“We just need to make a move,” he said. “What really matters is that as an industry we need to scale this and we need to give the demand signal to the fuel producers that says you don't need to wait because the assets are going to be there. Hopefully this is going to kickstart some of those discussions.”