Crew of Heroic Idun to appear before Nigerian court 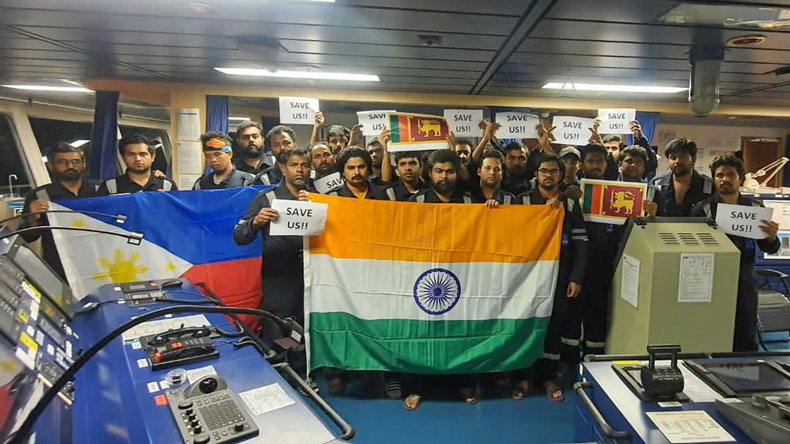 Source: All India Seafarers Union The Heroic Idun crew are to appear in the federal court at Port Harcourt in two groups, on January 10 and 11.

THE first of 26 crew detained on board the very large crude carrier Heroic Idun (IMO: 9858058) will appear before a Nigerian court in connection with an alleged attempted oil theft and faking a piracy attack.

The Nigerian government and navy are pursuing the high-profile case against the Sri Lankan and Indian men despite widespread international condemnation from shipowners, managers, charterers, flag state and insurers.

Crew on board the Marshall Islands-flagged VLCC — which is owned by Ray Carrier Carriers, operated by Norway’s OSM Ship Management and sub-chartered to oil major BP — were accused of evading the navy on August 8 after being ordered to load a cargo of oil from the Akpo terminal.

The court appearance on January 10 will be the first since the crew were charged under Nigeria’s anti-piracy laws on November 7. They will appear in the federal court at Port Harcourt in two groups, with the second on January 11, according to lawyers representing them.

The appearance will be to seek an adjournment and the expectation is to then see whether it is possible to resolve the matter without going to trial. The 26 men are held under armed guard on board the Heroic Idun.

The ship fled Nigerian waters in August after being approached by the navy, which the crew mistook for pirates, and the incident was reported as a possible piracy attack.

The Equatorial Guinea navy detained the VLCC at the request of Nigeria and held the men without charge for more than 80 days, despite the payment of a $2m fine for entering the Economic Zone without flying that country’s flag.

In what lawyers called an “unlawful rendition” the government of Equatorial Guinea then released the vessel into the hands of the Nigerian navy and it was forced to sail to the Bonny Terminal in Nigeria in early November under armed guard, where the vessel has been ever since.

Nigeria’s navy claims that the VLCC did not have permission to load, even though evidence showing underlying export licences was provided. The navy has used the case to further its domestic political agenda by holding up the Heroic Idun as one of its successes in the fight against piracy and oil theft.

Nigeria lost nearly $2bn in oil theft in the first eight months of 2022, according to an ad hoc Senate committee report published in November, most of it from pipeline sabotage.

Keeping an innocent crew prisoner is just as much piracy when perpetrated by states instead of pirate gangs, and therefore cannot be an element in any legitimate fight against piracy

The likelihood that a two-year-old VLCC chartered by one of the world’s largest oil companies was involved in such activities largely known to be committed by smaller, domestic tankers has been roundly dismissed by the international shipping sector.

Lawyers hope that talks with Nigeria’s director of public prosecutions and the attorney general can bring the episode to a close without further escalation.

Separate court action is underway before Nigeria’s federal high court seeking an application declaring that the rendition of crew to the country from Equatorial Guinea as unlawful.

The Marshall Islands has also started arbitration proceedings against Equatorial Guinea under the jurisdiction provided under the UN Convention on Law of the Sea.