Time to make seafarer abandonment a thing of the past

Tourists need not fear finding themselves stranded far from home. Neither should the men and women who crew the world fleet 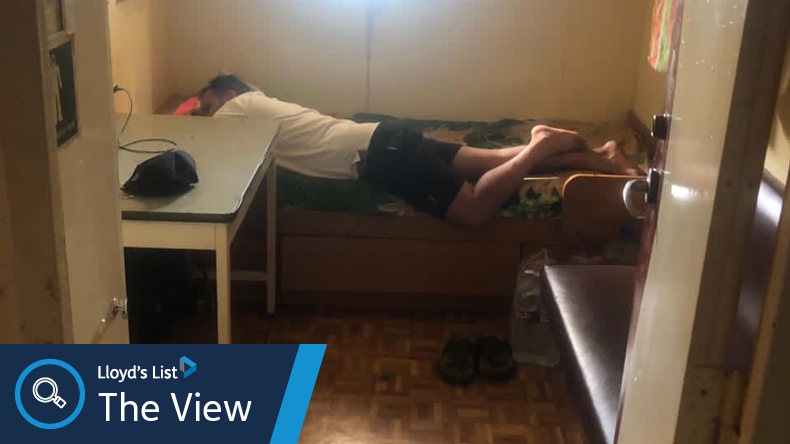 Source: Human Rights at Sea Seafarer abandonment is a clear breach of the Maritime Labour Convention 2006, which as of this year has been in force for a decade. It is needless and should not be happening at all.

NO REPUTABLE international industry should allow its lowest-paid workers to find themselves stranded far away from home, often without food and sometimes without even a source of potable water.

On that benchmark, shipping is not a reputable international industry.

Lloyd’s List has reported how 1,555 seafarers serving on 113 ships were abandoned in 2022, the highest number of such cases since records began.

In 2021, the authorities saw ‘an alarming spike’ in cases of ships and crew being abandoned by owners in the wake of the Covid pandemic. The trend continued throughout 2022, which has ended up being the worst year on record

Admittedly, the words “since records began” are doing a spot of heavy lifting here. Records date back to just 2004.

Older readers may recall the endemic seafarer abandonments brought on by the significant shipping downturn of the late 1990s. The situation is probably not as serious now as it was then.

But the argument that matters might not be as damning as they were three decades ago is no more tenable than it is attractive.

A one-off spike during the peak pandemic year of 2021 was likely unavoidable; that the numbers continued to rise even as the pandemic subsided is not.

Nor can comfort be drawn by pointing out that the seafarers affected annually represent less than 0.1% of the 2m people who make up shipping’s current global labour supply.

Seafarer abandonment is a clear breach of the Maritime Labour Convention 2006, which as of this year has been in force for a decade. It is needless and should not be happening at all.

Where shipowners fail to see their duty to provide for repatriation through, flag states have a clear MLC obligation to step in act. As the statistics indicate, this isn’t always happening.

Often the International Transport Workers’ Federation steps in as the agency of last resort. Good for them, but it is not the job of trade unions to clear up to the mess left by the failings of employers and governments.

The extent of the problem is now so plain that it has even reached the radar of the regulators.

Commendable though warm words always are, the guidelines are voluntary and non-binding. It is difficult to see how a glorified advisory notice will materially change the picture on the ground.

The onus must be on ensuring that flag states — which in many cases are more akin to for-profit businesses than government agencies — take their role seriously.

The snag is that while better flag states, including open registers, usually live up to their responsibilities, some that deserve the pejorative designation of flags of convenience conspicuously do not.

Where they fail to do so, the IMO and ILO should at least be asking why not. Repeat offenders should be named and shamed.

It is also worth pointing out that package tourists are never left high and try, thanks to a voluntary bonding scheme operated in the UK by the Association of British Travel Agents, and widely emulated elsewhere.

Customers can book two weeks on a sunlounger in the Mediterranean with full confidence that if their tour operator goes bust, they are entitled to a refund of hotel costs and the price of a flight home.

This happens from time to time, as the resultant flurry of newspaper headlines attests. It can’t be any fun for the holiday makers, but large-scale charter flights are seamlessly arranged, and thousands of unfortunate tourists airlifted home.

Alternatively, standalone travel insurance is cheap and widely available. Firms who send employees on work trips abroad provide travel insurance as a matter of course. If not, it can be purchased online for as little as a fiver a trip.

While another layer of compulsory marine insurance would likely be inexpensive, with major insurers already geared up to offering travel cover, the admin work it would entail would be obviously be unwelcome.

But the buck must stop somewhere. If flag states cannot or will not step up to the plate voluntarily, a mechanism of this kind is at least worthy of consideration.

At the very least, there is no reason for progressively minded crewing agents not to offer crews something millions of middle-class Europeans take for granted as a perk of their credit card or gold bank account subscription.

After all, seafarers should expect at least as much protection as teenagers on a rite de passage Interrail jaunt or parents relaxing by a swimming pool.