Smaller and medium-sized owners are still very much provided for, but wider upheavals are taking a toll on deals 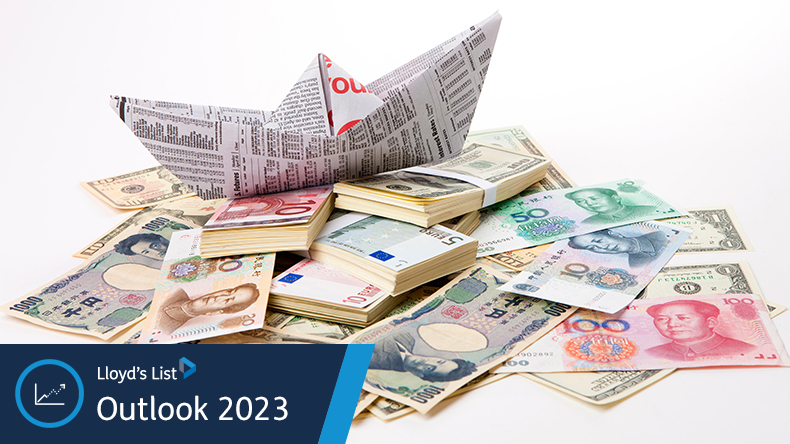 Source: bbtree/Alamy Stock Photo As if historic precedent were not reason enough, shipping bankers have to compete harder for capital internally and face tougher grillings by credit committees.
AS IS the case for the industry it serves, ship finance is not for the faint-hearted.

Admittedly, it may be more faint-hearted than in days of yore, when bankers’ feckless readiness to provide oceans of debt finance contributed to the busts of the 1980s and 2000s.

Nowadays, shipping bankers have little option but to be more risk-averse. As if historic precedent were not reason enough, they have to compete harder for capital internally and face tougher grillings by credit committees.

In plenty of cases, there is a dash of environmental, social and governance score-carding thrown into the mix.
Yet when it comes to facing the wider world beyond their meeting rooms, lenders, leasing institutions and equity providers for shipping are all having to grapple with the same, virtually unprecedented swirl of uncertainties that are confronting shipowners themselves.

Whether it is the tragically unfathomable longer-term consequences of Ukraine’s unwanted war with Russia, or the technological challenges engendered by the need to cut industry emissions, demand uncertainty in China, or a potential recession in the US, shipping — and, by extension, its financiers — certainly have a lot to ponder.

That said, the old cliché that shipping thrives most in times of turbulence does not seem entirely amiss. No matter the scale of the challenges facing today’s players — and the darker edge to some of the issues — a sense of opportunity also appears alive and well across the industry.

“I have seen optionality growing in the past few years, despite the departure of some major banks. That’s very helpful to owners,” said Stefanos Fragos, managing director of Braemar Corporate Finance in Athens.

“We have had an abundance of financing options for three years and there are plenty of choices, even for smaller and medium-sized shipowners.”

Mr Fragos, who recently joined the shipbroker’s international financing advisory network after a career with DVB Bank and a stint with alternative financier YieldStreet, observes that the greater choice of financing options has not led to a higher number of transactions — at least not in 2022.
The wider fog of war, climate concern and other factors are taking a toll.

“Are there more deals happening? Not really at the moment and the reason for that is all the uncertainty in the market that has been having an impact on shipowners’ ability to make major investment decisions,” he said.
“That in itself pulls back the need for major financing.”

Among the trends that have been positive for the vast swathe of shipping companies seeking finance has been greater access to Asian leasing markets. Leasing is an important component of Chinese ship finance that some estimates put as representing close to the global total.

Although rattled by internal regulatory pressure, Chinese leasing companies have broadened their horizons steadily over the past decade — first of all to shed the necessity for direct Chinese ties and latterly to widen their scope to medium-sized independent owners.
“Leasing is not for everyone, but the inclusion of some medium-sized owners was not the case even a few years ago,” said Mr Fragos.

Another example is the widening appeal of Japanese operating leases, or Jolcos, in the market.

These have also begun to be used by Western owners and have lost their requirement for a Japanese flavour in the transaction, such as a Japanese-built asset, or a long-term charter to a Japanese entity.

According to Mr Fragos, the general rise in alternative non-bank lending has been “extremely useful, especially for smaller owners”.
Compared with traditional bank finance, it often offers more flexibility, higher advances, and less-stringent security.
“A lot of the time, it enables the shipowner to deploy less capital — but of course all the advantages come at a higher cost,” Mr Fragos pointed out.

ESG demands — in particular for the environmental pillar — are continually becoming more important for financing.

The most glaring illustration of that is that the Poseidon Principles — the voluntary collective of shipping lenders that commit to align their portfolios with climate targets — has gained its 30th signatory and now covers more than 65% of global ship finance.

With the majority of the banks lagging alignment targets in the latest reporting year (2021) and targets set to be ramped up in 2023, expect signatory lenders to become more rather than less assertive about the types of vessel they will bankroll.

Poseidon members recently committed themselves to align with the Paris Agreement ambition to limit global temperature rises to 1.5°C.

“Big banks are highly sensitive to environmental aspects and there are different pockets of funds that only target green shipping,” Mr Fragos commented.
“But as there are so many different financing options today, I don’t see them all becoming so sensitive that it will prevent owners from doing business in the foreseeable future.

“It is impossible to know what will be happening in 20 years from now, but I believe that at least for the next five years, small shipowners will absolutely have financing options — even if they have middle-aged or older fleets.”

Despite wider competition among today’s greater mix of ship finance providers, it seems inevitable that greater regulation and the need for new decarbonised solutions for the industry can only make building and running ships more expensive in the future.

In that respect, the need for a strong array of ship financing alternatives is unlikely to diminish.

This article is part of Lloyd's List’s shipping outlook for 2023. Click here to view the full report

Marine insurance: No respite for owners on hardening rates