All eyes on Fredriksen as Saverys family seek control of Euronav

Having amassed a 25% shareholding to block the tanker merger, the Saverys family are now trying to get John Fredriksen to sit down and agree a new deal that could dramatically shift the future of the tanker market

Alexander Saverys has urged Euronav shareholders to avoid ‘total mayhem’ by ripping up the proposed combination of Euronav and Frontline. He wants John Fredriksen to walk away with assets and for Euronav to radically alter its course. Anything less is unworkable and ‘utter madness’ 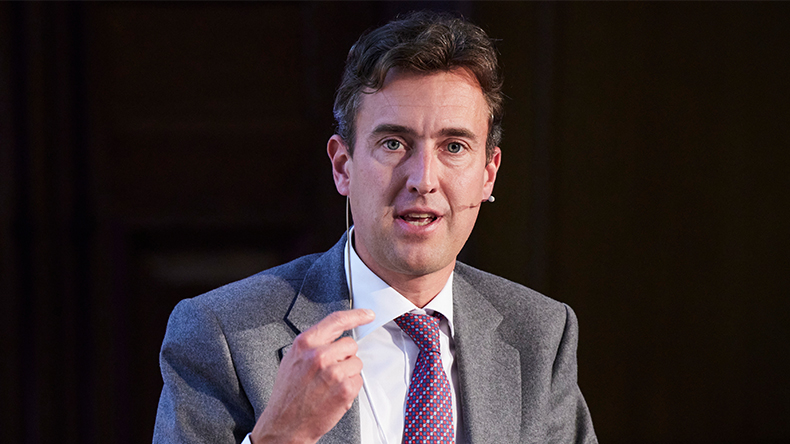 Saverys: “I’m convinced we'll be able to find a solution if we can put that combination agreement to one side and start talking.”

IT TOOK Alexander Saverys $600m to get there, but having secured a 25% stake in the tanker giant Euronav he is now in a position to start publicly making his demands heard. And he knows that shareholders, and crucially John Fredriksen himself, are listening.

What happens next will determine the future of Euronav.

Plan A — the full merger between Euronav and Mr Fredriksen’s flagship tanker operation Frontline, first announced back in April — is now officially off the table. While it has been looking mathematically unlikely for several weeks, the 25% stake amassed by Alexander Saverys and his family has entirely scuppered the deal that required a 75% shareholder approval.

The Saverys family now have sufficient shareholder control to block a full merger between Euronav and Frontline, and while both companies insist a ‘combination’ tie-up will achieve the same goals, a long-term solution will now need to be negotiated

Plan B — the so-called combination agreement that foresees a stock-for stock combination on an exchange ratio of 1.45 Frontline shares for every Euronav share — is also looking increasingly problematic from a Frontline perspective.

Mr Saverys’ characterisation of the deal as being “unworkable and value-destructive” is perhaps not news to the shareholders from both companies, who are well acquainted with the Saverys opposition to the deal, but there are signs that Mr Fredriksen himself might be wavering finally.

There has been much speculation over why Mr Fredriksen sold 2m shares in Euronav last week, cutting his stake 1% to 17.8%, but the longer the deal drags on the less attractive it will be to Mr Fredriksen.

The exchange ratio agreed in April still looks like a good deal for Euronav shareholders, but with the tanker markets rapidly evolving that may not be the case for Frontline shareholders if the deal drags into May 2023, which looks increasingly likely given time needed for regulatory approvals.

The extended timeline is also making the lack of dividend payments look more worrying from Mr Fredriksen’s perspective, given that the original plan envisaged everything completed before Christmas.

Mr Fredriksen notoriously does not like to lose and if he ends up feeling he is paying too much for a deal that is taking too long, then Mr Saverys’ entreaty to find an alternative solution may start to look a little more enticing than market commentators had suggested earlier in the year.

The substance of that plan, according to Mr Saverys, starts with Mr Fredriksen tearing up the combination agreement immediately and the two of them establishing a deal that sees Mr Fredriksen walk away with a lot more assets and Mr Saverys taking control of a new strategic approach for Euronav.

“We need to see what kind of solution can come out of this,” said Mr Saverys after he had sent a letter to the supervisory board of Euronav on Wednesday inviting shareholders to terminate the combination agreement.

The alternative deal consists of two elements in Mr Saverys’ mind. “There’s an element of John [Fredriksen] wanting to grow his fleet and there’s an element of us wanting to hold on to the company and use it as a platform to play a leading role in the decarbonisation of the shipping industry. It doesn’t take a rocket scientist to see that a deal is possible along these lines and I’m convinced we'll be able to find a solution if we can put that combination agreement to one side and start talking,” he explained.

While the alternative deal that sets a new path for Euronav starts with Mr Saverys and Mr Fredriksen as the company’s two largest shareholders coming to an arrangement, at some point the Euronav management and shareholders will have to be involved.

Euronav’s chief executive Hugo De Stoop has long since dismissed Mr Saverys’ opposition to the combination deal, arguing that a full merger was not necessary to achieve 90% of the synergies that make a combination agreement a good deal for both sides.

Mr Saverys counters that what is good for Euronav’s management is not necessarily good for the shareholders. In fact, he argues the prospect is “total mayhem”.

Two separate competing companies led by the same board and same chief executive, but with separate listings and minority shareholders, will lead to material inefficiencies such as competing for the same clients and the same corporate opportunities, argues Mr Saverys.

He also points out that each investment decision will likely lead to conflicts of interest and complex governance issues.

Mr De Stoop’s position as an employee rather than a shareholder leaves him in a difficult position if a deal between Mr Saverys and Mr Fredriksen ends up being a possibility “He can put on a brave face, but he will have to admit that it is not optimal for all the other stakeholders apart from the CEO and the board,” said Mr Saverys.

Until now, much of the disagreements between the Saverys family and Euronav management have remained largely a private discussion between all parties. The decision to go formal and send the letter to Euronav’s supervisory board marks the beginning of a more formalised battle taking shape with the possibility of lawsuits to follow.

As for Mr De Stoop, well, Mr Saverys — who is an old friend and family by marriage — offers a blunt assessment of his prospects: “He has manoeuvred himself into a very, very, very difficult position.”

Frontline pushes ahead with Euronav ‘combination’ as standoff looms