Maritime authority said it would continue to prevent transit through national waters unless insurers provide letter of guarantee, despite talks held on Wednesday between the US and Turkish governments 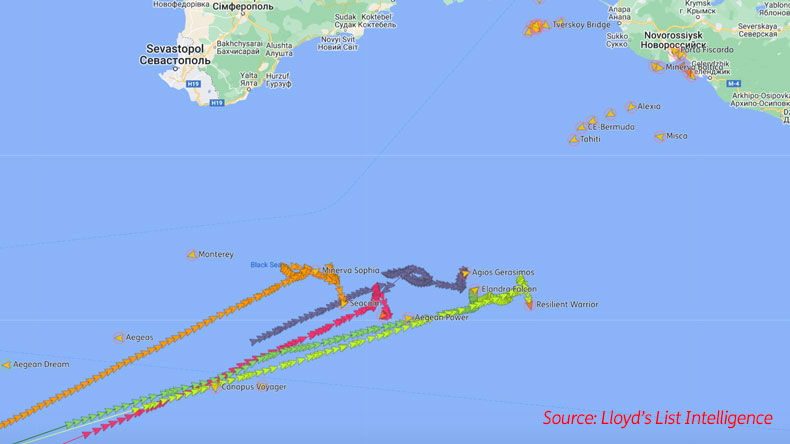 SIX TANKERS SAILING IN BALLAST FOR NOVOROSSIYSK TO LOAD HAVE NOW DIVERTED COURSE OR STOPPED MIDWAY IN THE BLACK SEA.

SOME 25 laden tankers are now stuck in Turkish waters as a dispute between global marine insurers and the country’s port authorities over insurance guarantees remains unresolved despite US political intervention.

The logjam at the mouth of the Bosporus Strait is worsening daily as authorities continue to refuse transit to tankers through Turkish waters without insurance guarantees that protection and indemnity clubs say are unlawful and they cannot provide. 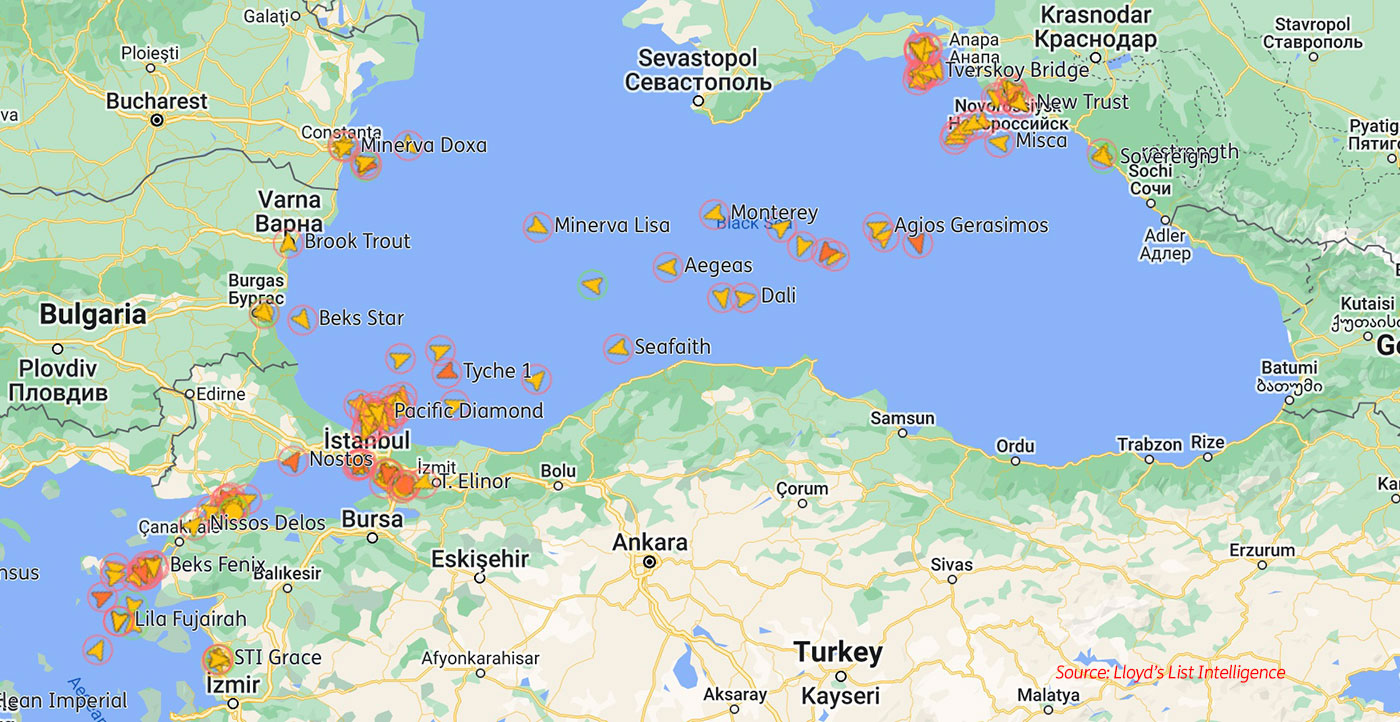 The requirement from December 1 was said to be in response to the imposition of a Western oil price cap on seaborne Russian exports, with the port authority demanding proof that insurers would be liable for any accidents arising from tankers that may be shipping sanctioned cargoes.

Tankers need to sail from Black Sea ports including Novorossiysk, Kavkaz and Tuapse through the Bosporus Strait and Dardanelles to the Mediterranean Sea for destinations to Asia, Europe or Africa. About a third of Russian seaborne oil is shipped from the Black Sea.

Nineteen tankers now await southbound sailings at the strait’s entrance in the Black Sea. A further six transited on December 1 but cannot pass through the Dardanelles, trapping them in the Sea of Marmara.

Twelve of the 19 tankers north of the Bosporus were tracked loading Kazakh grade oil at the offshore marine oil export terminal at the Russian port of Novorossiysk from November 25 so should not, in theory, need to provide guarantees as the cargo is not Russian. The other tankers stuck in the Sea of Marmara all loaded cargoes before the December 5 sanctions deadline.

In addition to the tanker tailback, a further six tankers sailing in ballast for Novorossiysk to load have now diverted course or stopped the voyage midway in the Black Sea awaiting further updates as the stand-off escalates.

Turkey’s maritime authority said it would continue to block tankers, according to reports from newswire Reuters late on December 8. Talks held the day before between the US Deputy Secretary of the Treasury Wally Adeyemo and Turkish deputy foreign minister Sedat Onal failed to persuade the country that additional checks on ships were unnecessary.

As many as 29 ships are said to be awaiting transit, according to port agents. Lloyd’s List tallied 19 tankers over 15,000 dwt at anchor at the northern entrance, using data from Lloyd’s List Intelligence, with a further six in the Sea of Marmara.

Another tanker trapped at anchor in the area for the past six days, Ottoman Sincerity (IMO: 9788710) was Türkiye-flagged, underscoring the port authority’s hard-line approach that sees permission denied even to its own ships to transit national waters.

The 13 protection and indemnity clubs that form the International Group caught in the middle of the geopolitical row provide cover for 95% of the world’s tankers, with most incorporated in Europe or the UK.

Under UK, US, and EU sanctions, they can only issue cover for tankers shipping Russian crude from December 5 if they have proof that it was sold at or below a $60 per barrel price cap agreed by the three countries and the Group of Seven industrialised countries.

P&I clubs use sanctions exemptions clauses that retrospectively remove cover from vessels found to have violated sanctions. Providing a letter of guarantee that the club would be held liable for any accidents arising from a ship carrying sanctioned oil would therefore be unlawful, officials told Lloyd’s List earlier this week.

Two of the eight tankers tracked loading Russian oil cargoes at Novorossiysk since December 5 are also stuck at the Bosporus, and another is sailing there and will arrive in less than two days.

Another two are sailing for Constantza and Burgas where exemptions allow for some deliveries of Russian crude. Two have sailed to the Kavkaz area and are being used for floating storage.

Queues to pass through Bosporus Strait worse than past year