Delta Tankers and Polembros Shipping vessels were seized in May in retaliation for US move to confiscate cargo from Greek-held Iranian tanker, which also sailed on Wednesday 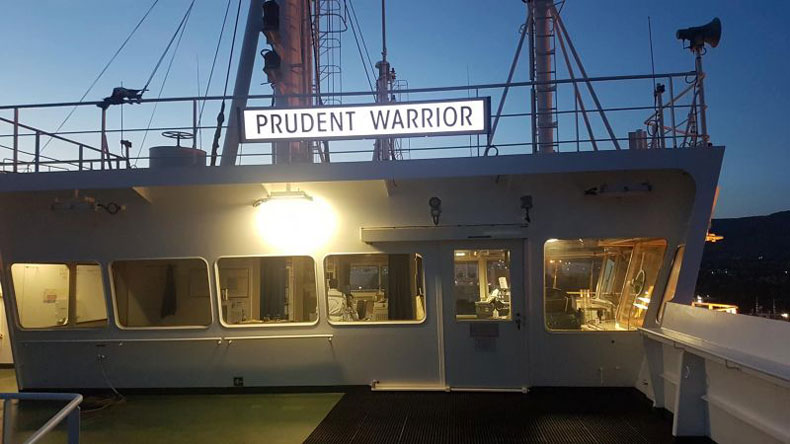 TWO Greece-flagged suezmax tankers have left the port of Bandar Abbas after being held hostage in Iran for nearly six months.

The tankers were seized in response to a US move to confiscate a cargo of Iranian oil from the 2003-built Lana (IMO: 9256860), an aframax tanker which was being held in Greece.

The Greek tankers were sailing at about 5 knots and being escorted by Iranian warships on Wednesday afternoon.

In a coordinated move hours earlier, Lana departed from its anchorage outside the Greek port of Piraeus, apparently headed for Istanbul. It is understood to be under Greek navy escort.

Sources familiar with the matter told Lloyd’s List that a diplomatic agreement has been struck between Iran and Greece to allow for the release of the tankers, although it was not immediately clear if the bargain went beyond the simultaneous release of all three vessels.

According to one source, the tanker swap arrangements foresee that the Iranian warships will shadow the Greek tankers until Lana safely reaches the Turkish Straits.

The Lana, which was named Pegas under the Russia flag when it was initially detained off the island of Evia earlier this year, formally took clearance to sail from Greece on November 14 in a clear sign that the months-long stand-off might be drawing to a close.

The following day, preparations for the departure of the two Greek-owned suezmaxes appeared to be under way off when both vessels turned on their Automatic Identification System transponders for the first time since May 27.

In recent weeks, there have been signs of increased diplomatic entreaties to Tehran with the office of Greece’s prime minister Kyriakos Mitsotakis becoming directly involved in negotiations and high-ranking officials at the International Maritime Organisation also taking up the case.

Most of the prerequisites have appeared to be in place since August for a simple arrangement between the two countries to — in effect — swap tankers.

The initial Greek court order supporting the confiscation by the US of Lana’s cargo, which triggered the heavy-handed Iranian retaliation, was reversed by higher court decisions.

Half of the cargo that had already been offloaded for transportation to the US was pumped back into the vessel at anchor outside Piraeus.

But frustratingly for the owners and their crews, nothing moved amid whispers that Tehran had hardened its stance with a wider list of demands.

A Greek diplomatic source on Wednesday said there was “no bigger story” behind the deal to have the Greek ships released. “It is simply good news,” he said. “This has been a problematic situation, for the Greek flag at least.”

The freeing of the tankers was later confirmed by the Greek ministry of shipping and island policy that said deputy minister Kostas Katsafados  was in Tehran on Wednesday for the finalisation of the agreement.

Shipping minister Ioannis Plakiotakis called the affair an “unhappy and particularly complex” one that had been brought to an end “following systematic efforts by the Greek government.”

Over the last three months, following the halt put on confiscating Lana’s cargo, the Greek tanker companies have been allowed to change their crews on both the tankers held in Iran.

With the exception of a number of Filipino seamen who volunteered to remain on board, the majority of the 49 seafarers originally abducted in May along with their ships have been repatriated.

The last to leave was the Cypriot master of Prudent Warrior, who returned safely to Cyprus last week, the government confirmed.

When it was seized, Prudent Warrior was carrying a cargo of oil loaded at Basrah, Iraq, which is understood to have been bound ultimately for the US.

Prior to Delta Poseidon’s seizure, it had also loaded at the same Iraqi port and was en route to Agioi Theodoroi near Corinth with a cargo for the nearby Motor Oil refinery.

One industry source closely following the matter said that the affected companies may be covered for their expenses under war risks policies. But he estimated “conservatively” that each of the owners may have lost as much as $5m in lost hire.

Both companies are understood to have agreed in writing to refrain from claiming damages from Iran. The waivers were signed weeks ago at a time when the owners believed the tankers were on the brink of being released.