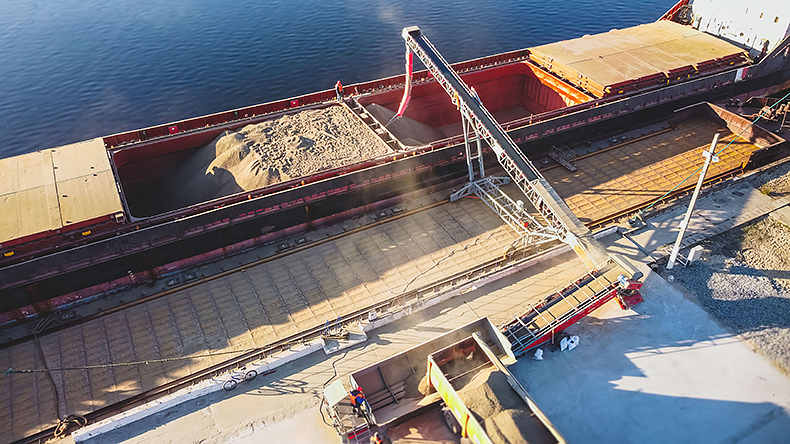 Source: Evgeniy Alyoshin / Alamy Stock Photo Over a dozen vessels have travelled out of Ukraine after Russia suspended JCC activities.

RUSSIA will continue to allow seaborne exports of grain from Ukraine in a move that marks a U-turn on threats to withdraw from the Black Sea Grain Initiative made over the weekend.

With the matter now apparently resolved, Ascot will resume provision of cargo cover through the $50m facility it offers jointly with broker Marsh, the firm’s class underwriter Chris McGill said in an email.

The Lloyd’s re/insurer paused issuing new policies on October 31, citing uncertainty over prospects for the scheme.

Lloyd’s List reported that availability of war risk cover for the trade in London had dried up with few underwriters ready to quote.

‘It is our hope that we can all work together to support international efforts and help ensure Ukrainian grain reaches the world’s most vulnerable people during this terrible time of conflict,’ says Marsh head of cargo

There is speculation that at least one war risk policy was since been written by a firm with a reputation for above-average risk appetite, with the shipowner paying a firm price.

Resumption of shipments was made possible after Ukraine submitted written guarantees to the Joint Coordination Centre that administers the scheme.

This included commitments not to use the grain corridor or designated export hubs for military operations against Russia, according to a Russian defence ministry statement.

Ukraine is a key supplier of wheat, barley, corn and sunflower oil to lower- and middle-income nations, but its export capacity was severely curtailed in the wake of a Russian invasion last February.

Türkiye and the UN brokered a corridor deal in July that would allow vitally needed shipments to head for the Middle East and parts of Asia, which are reliant on the commodities to avert hunger.

The Black Sea Grain Initiative already stipulates that no military ships, aircraft or unmanned aerial vehicles may approach within 10 nautical miles of a merchant vessel transiting the corridor.

Ukraine submitted written guarantees to the JCC on November 2 that it would not use the grain corridor or designated export hubs for military operations, according to a Russian Defence Ministry statement.

“The corridor itself is just lines on a chart,” said the UN’s Emergency Relief Coordinator Martin Griffiths at a security council meeting this week. “When initiative vessels, vessels involved in the Black Sea Grain Initiative, are not in the area, the corridor has no special status. It provides neither cover nor protection, for offensive or defensive military action.”

The protections afforded by the corridor only come into play when a commercial ship passes through the designated passage.

Moscow says the guarantees from the Ukrainian government are “adequate” for the resumption of the agreement.

Russia suspended its participation in JCC activities after drone attacks on its Black Sea Fleet last weekend, which it blamed on Ukraine.

Traffic along the grain corridor slowed to a trickle during this time given the uncertainty of the situation.

Fifteen vessels have left Ukraine since October 31. Tankers Esentepe (IMO: 9247508) and Mavka (IMO: 9284647) are the only ships to have completed inbound journeys via the corridor during this time.

No vessels are due to travel on November 2, according to a statement.

Negotiations for the renewal and possible extension of the Black Sea Grain Initiative are ongoing. The deal is set to expire on November 19.

United Nations and Turkish inspectors conducted 82 inspections on outbound ships over the past two days.