Supply chain resilience is going to be difficult and expensive

We tend to consistently underestimate the complexity of supply chains, but that doesn’t mean that changes are not happening

Politicians and businesses promised to strengthen and diversify global supply chains in the wake of recent disruptions — yet even if that was possible or desirable, it would be a costly reorganisation of trade lanes built off cheap, efficient logistics 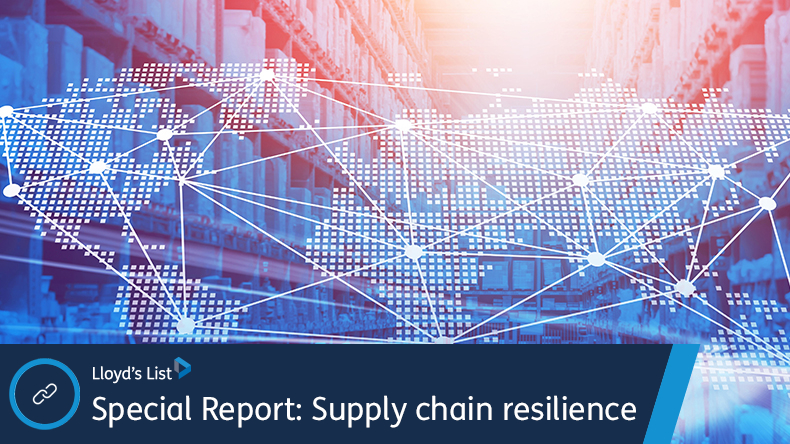 THE Ever Given’s unscheduled Suez Canal mini-break in 2021 ignominiously flagged the fragility of just-in-time freight to an Amazon-dependent population hooked on cheap and immediate access to just about anything.

The Covid-induced supply chain crisis and the rapid reorganisation of trade in the wake of Russia’s invasion of Ukraine only served to compound the chaos.

Businesses moved from ‘just-in-time’ to ‘just-in-case’ procurement, stockpiling billions of dollars’ worth of inventories as a form of insurance in an increasingly uncertain world.

Globalisation itself, it seemed, was shifting — and the perennial prediction of near-shoring or reshoring re-emerged as a mainstay of political punditry.

Yet how much of this was a serious reappraisal of supply chain efficiency being weighed against security, resilience and costly redundancies; and how much was just a hiccup in the context of longer-term trends?

Well, amid all the justifiable superlatives being bandied about during the recent box boom, one telling statistic that did not receive too much attention from shipping lines came from the World Bank, which stated that as a percentage of the world economy, international trade last year was less than it was back in 2008.

The longer-term pattern for almost 15 years now has seen international trade in goods grow more slowly than the world economy — and that is a pattern to which we are already reverting as the container congestion unwinds.

That does not mean trade in international supply chains is going away; it simply serves as a timely reminder that the past few years were an anomaly, rather than a trend.

It also does not mean production is moving ‘back home’, as the populist wing of political voices never tire of claiming.

According to Unctad research, there is no data-based evidence to indicate systemic changes in the arrangement of global production. Near- or reshoring remains a political myth.

On the contrary, the early success in the economies of east Asia in mitigating the financial impact of the pandemic may have resulted in increased reliance, in global value chains, on manufacturing production originating from that region.

Much of the discussion on reshoring grossly underestimates the complexity of global value chains and is preoccupied with the location of final assembly plants.

While it is possible that more of the value of finished products could potentially be added locally, should sufficient incentives be put in place, the upstream supply chains through which components and sub-assemblies are sourced remain stubbornly global, regardless of national policy or short-term disruption.

What is true, however, is that these global supply chains have evolved in a way that was driven almost entirely by production costs that were reliant on cheap, efficient transport.

That has been exposed as a fundamental under-pricing of risk — and, regardless of how temporary the supply chain crisis proves to be, the disruption has prompted a reconsideration of redundancies and resilience.

Some smaller economies, including small island developing states, have seen their connectivity decline as ships were redeployed to more lucrative markets.

That has rung alarm bells in board rooms and at the highest level of national governments, particularly those desperately searching for non-Russian energy supplies.

The clamour for resilience in response to these shocks could take the form of redundancy or greater inventories — but either way, cost is increasing in exchange for greater insurance against perceived risk. Global trade is getting more expensive.

The latest survey of global chief executives published by consultants EY found that 40% are reconfiguring their company’s supply chains.

However, much of this is likely to be short-term shifts to dual sourcing, rather than any fundamental restructuring of global value chains.

The suggestion that companies are shifting from efficiency to resilience is based partly on the vast build-up in precautionary inventories seen in the wake of the supply chain crisis.

The Economist cited reports in July claiming that for the biggest 3,000 firms globally, these have risen from 6% to 9% of world GDP since 2016.

However, these are likely to be temporary changes. The only times in history when inventories reached a similar level were in 1989 and in the late 1970s. In both instances, a deep recession followed as businesses ran down their stockpiles.

Politicians consistently underestimate the complexity of supply chains, but that does not mean changes are not happening.

While it takes time for trade flows to adjust to price changes, the impact of higher shipping costs on prices can be seen relatively quickly.

Research from both Unctad and the International Monetary Fund in early 2022 concurred that consumer prices increased by about 1.5% as a result of higher container shipping costs.

For low-value, high-volume goods, significantly higher, long-distance freight rates can make a difference — and, in the longer term, if freight rates remain elevated, such trade may not remain commercially viable, implying a production shift.

Yet there are also “deep” supply chains within global value chains, where the components that are assembled into a final product in different locations need to be transported several times.

Even if the freight rate is still relatively low, the fact that the final product must go through several shipments during the production process will still lead to a significant increase in the final price.

“In such cases, it can be expected that producers will try to shorten the supply chain, with fewer locations and locations closer to each other,” concluded a recent Unctad study.

For other cargo types, too, higher freight costs could lead to a changing geography of trade.

A recent assessment of dry bulk imports into China concluded that a hypothetical increase in shipping costs by 10% to 30% would be equivalent to 1% to 3% of trading prices. This would lead to changing the geography of trade, with raw materials being imported more from sources closer to China.

Beyond the recent and ongoing disruptions, the shipping industry and its clients should also be factoring in the energy transition in maritime transport, which is necessary if the industry is to achieve its goal of significantly reducing greenhouse gas emissions.

This transition goes hand in hand with uncertainty about future fuels, vessel types and impacts on shipping services and networks, which in turn implies a long-term shift in supply chains.

Many seaborne trade volumes may continue to increase alongside GDP growth, global population growth and urbanisation, but fewer vessel segments may benefit amid these long-term shifts, argued a Danish Ship Finance outlook paper earlier this year.

If we assume that larger vessels transporting large quantities of virgin materials or fossil fuels over long distances — currently accounting for around 40% of global seaborne trade — are likely to see demand peak within the next 10 to 15 years, that implies volumes will increasingly shift towards smaller dry bulk volumes, containerised goods and ro-ro cargo.

However, what about carbon capture and storage? Could the future of carbon transport result in a new supply chain for tankers?

Risks and uncertainties remain high for global supply chain operations in the here and now, but long-term trends to shorten supply chains and to diversify suppliers will have a bearing on global value chains and the geography of trade.

Trade over longer distances is expected to be negatively affected by rising transport costs, logistic disruptions and geopolitical frictions. That is a pattern requiring attention from governments and businesses, who will need to prepare for a future where shipping may be less reliable, but more costly and volatile than in the past.

Investment in the resilience of logistics operations is going to require more than political rhetoric, but there is perhaps a positive outcome from the current uncertainty.

The alarms bells ringing as a result of the supply chain crisis, the closure of the Suez Canal and the war in Ukraine have prompted a corporate and political re-appraisal of risk in the supply chain.

If that can catalyse trade facilitation and digital transparency, spur customs reform, strengthen regional trade agreements and a more systematic approach to resilience building in maritime transport and seaports, then perhaps the globalised production and deep supply chains on which we rely will prove sustainable and cost-efficient in the long term.